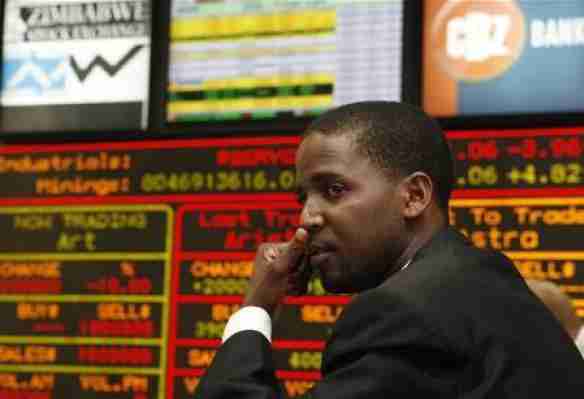 2018 was a year of two contrasting halves for Zimbabwe. For the greater part of the year, Zimbabweans had the earnest expectation that the July 31 national elections would set the Southern African country on a sustained path of recovery.

Events following the elections have, however, brought little respite, and have mostly served to highlight the true extent of the country`s troubles. Problems with fuel shortages, runaway inflation – the highest since the country dollarized in 2009 – and a dire foreign currency crisis threatening to cripple even the largest corporations in the country, have persisted.

While government has set out an ambitious recovery plan through its Transitional Stabilisation Program launched last October, signs of progress have been scant. Instead, 2019 has thus far been characterised by industrial action by the country’s junior doctors, while public school teachers have also threatened to down tools, demanding payment of salaries and bonuses in United States dollars.

The haggling between government and business over the charging of goods and services exclusively in United States dollars, over the country’s surrogate currency, the Bond Note, signals an unresolved currency crisis, and may scupper the country’s efforts to attract foreign investments.

General market sentiment points to a muted outlook for Zimbabwe in 2019, in spite of government`s own bullish view that its reform plans are starting to yield fruit. Lloyd Mlotshwa, Director and Head of Sales at IH Group, a financial services boutique firm dealing with local and international investors, says: “The outlook suggests reduced money supply, lower agricultural output and stable to weak mining output.”

This is in stark contrast to last year when Zimbabwe benefited from decidedly strong performances in both agriculture and mining. “We see consumers coming under pressure as incomes moderate whilst prices remain relatively high, with some aspects of the economy self-dollarising. The first quarter will be difficult with some relief coming from April when tobacco sales begins,” adds Mlotshwa.

Craig Bandason, Portfolio Manager at Imara Asset Management, an African focused independent non-bank financial services group, sees the currency conundrum as a major obstacle for the country should it go unresolved. “For 2019 specifically, we would like to see some fiscal consolidation as well as progress with regard to the currency regime. Some corporates have started officially re-dollarising, offering a discount to electronic dollars if customers pay in United States dollars,” said Bandason in an emailed response to questions.

Simbisa Brands, a listed Quick Service Restaurant company with offshore franchise fee obligations, started offering discounts to customers paying in United States dollars last December. “Given that government is past the election hump and the ruling party controls a two thirds majority in parliament, we hope that they can implement some of the policy reforms necessary to pave the way for debt restructuring and growth,” adds Bandason.

Mining, which has traditionally been a major driver of growth in Zimbabwe, is seen as one of the sectors with good prospects. Gold output for 2018 rose to a record 33.2 tonnes from 24.8 tonnes in 2017, in spite of the lower foreign currency pay-outs to miners. Last November, government agreed to let gold miners keep more of their forex earnings – 55% – from 30% previously. The balance is paid off in electronic deposits, an unofficial local currency currently trading at around 3 to 1 US dollar.

“Given higher forex retention ratios, mining should remain stable but there needs to be clear government commitment to enable miners to physically access their forex earnings and boost confidence within the sector,” notes IH Group’s Mlotshwa.

Mining production is already traditionally subdued in the first quarter due to rain. Coupled with already falling output due to forex woes, mineral output in 2019 may weaken. With lower output, foreign currency shortages are likely to worsen, a further dampener for any new mining investment.

In agriculture, poor rains due to El Nino may weigh on harvests of both grains and tobacco. This may add pressure on forex supply and prices.

However, for banks, the outlook is not as dire, despite some risks.

“The banking sector is likely to remain resilient through non-interest income as lack of cash continues to push transactional banking, although the 2% transfer tax presents some downside risk,” adds Mlotshwa. Zimbabwe`s pervasive cash shortages in the economy are, however, expected to spur positive performance in the fintech and telecoms sector. The Ultimate Guide to The Online Casino World – Online casinos in Australia

Says Bandason: “Currently we have a lot of exposure to fintech which we think is highly scalable in Zimbabwe particularly because of the infrastructure backbone laid out by Econet Zimbabwe and the cash shortages in the economy. Roughly eight out of 10 electronic transactions are done by mobile, so we see this as a huge growth space.”

Commenting on whether government`s reform plan has translated to increased investor interest in Zimbabwe and more crucially, real dollars flowing into the economy, Bandason notes: “Real dollars in the form of portfolio flows will only come in once the backlog of USD portfolio outflows gets cleared.” Delta Corporation, a listed beverages manufacturer, owed its main shareholder AB InBev $30 million in unrepatriated dividends at the end of its half-year in September 2018, while BAT Zimbabwe has also struggled to pay $12 million dividends to its foreign shareholders.

“Though we did initially see increased enquiries shortly after elections, I would say that has tapered down significantly since then. Sadly there is a gap between the expected pace of reform along with extent of reform, and current pace and extent of reform. As an example, whilst it is understandably difficult to implement meaningful currency reform overnight, maintaining a veneer rate masking what seems to be a true rate creates polarity that limits investor appetite and naturally caps the flow of investment dollars,” notes Mlotshwa.

The removal of Zimbabwean domiciled constituents from the S&P African Indices is widely expected to emphasise the country risk associated with Zimbabwe. According to Bandason, “the impact is obviously negative from a coverage point of view, but the funds that are actually replicating the index to hold Zimbabwe are not that many, and the currency issues were well flagged prior to removing Zimbabwean constituents.”

Mlotshwa argues that, “a large sub-set of portfolio investors especially Global Emerging Markets funds, will likely be unable to invest in Zimbabwe as that removal shines a bright light on Zimbabwe`s risk profile.”

With inflationary pressures showing no signs of abating soon, equities will likely be the preferred asset class in the near to medium term. November 2018 witnessed a record high inflation of 31.01%, the highest since the country dollarized in 2009. There has been concerns however, about the accuracy of official inflation data, with some arguing the statistics are watered down.

“We do not rely on the inflation data but it is something we track. Our real insights come from internal inflation measures from the companies we invest in,” says Bandason. “Equities is an asset class that outperforms during periods of inflation so for domestic investors, it is not surprising that the market performed well in 2018 in Zimbabwe digital dollars. However we use the Old Mutual Implied Rate to value our portfolio, and currently we are valuing Zimbabwe at 20 cents to the United States dollar,” he further adds.

Mlotshwa concurs: “Equities might be the more preferable space on a relative basis, however valuations appear to have already over-run in many names, so one would have to be quite selective,” he cautions.

Devaluation of the Zimbabwe currency has been bandied about as a critical first step in resolving the outstanding currency crisis in the country.

“Our view is that the Zimbabwean currency should be officially devalued to match the reality on the ground and the quasi currencies of Ecocash, Bond and RTGS,” advises Bandason.  He adds: “Another alternative is to join the Rand monetary area, a major trading partner and a currency that closely reflects the economy.”

Mlotshwa is in support of devaluation. “We have to quickly begin a journey to some form of devaluation, which implies liberalising the rate. Naturally, there will be some short to medium term pain but ultimately, there is already an acceptance of this, particularly in the corporate sector.”