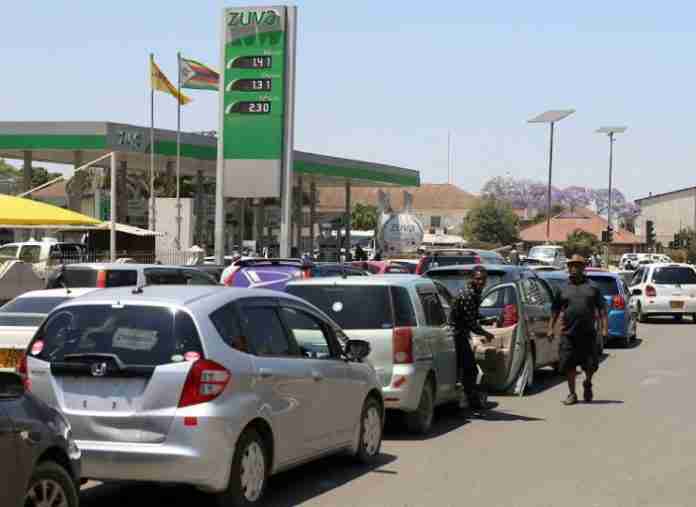 Although the commodity has been in short supply, government is cashing in on increased tax on petroleum products.

Excise duty, most of it from fuel sales, was the biggest contributor to government’s third quarter revenue haul.

The Zimbabwe Revenue Authority’s (Zimra) gross collections for the third quarter came in at $6.59 billion, against the revised target of $6 billion, thanks in no small part to inflation.

Excise duty collections were $1.013 billion in the quarter, topping VAT on local sales, which came in at $1.005 billion.

The jump in excise duty revenue follows a change in tax calculation, effected in August 2019. Excise duty is now calculated using rates of 40% and 45% for diesel and petrol, respectively, from $0.90 and $1.15 per litre, previously.

The much-debated 2% tax on electronic transactions, introduced in October 2018, brought in $661 million in the third quarter, nearly 5% off the set target of $692 million.

Cumulatively, revenue for the nine months to September was $11.48 billion, against a target of $10.52 billion. The revised net revenue target for the full year is now $18.6 billion.

Currency crisis: What would the MDC Alliance do?