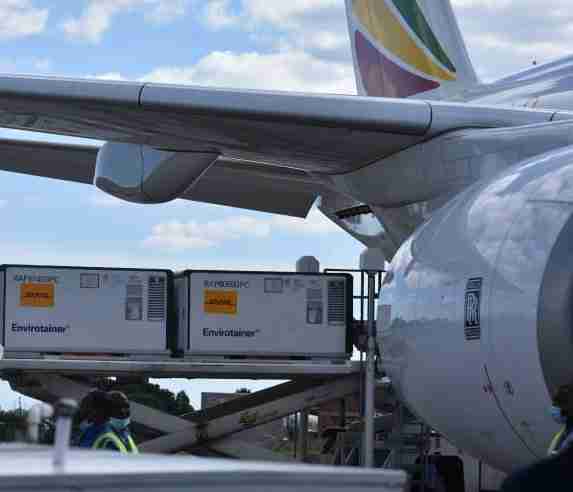 Zimbabwe is buying Sinovac vaccines at US$10 a shot, spending US$12 million on the vaccines received from the Chinese manufacturer so far, government says.

The country has so far bought a total of 1,2 million vaccine doses, and expects to buy a further two million, Deputy Health Minister John Mangwiro says. On Tuesday, Sinovac delivered 1 056 000 doses, adding to a consignment of 144 000 received earlier this month.

Asked about the spending so far, Mangwiro said: “If you have 1.2 million (doses), you multiply by ten and you get the answer.”

Vaccine purchases would be phased to match the country’s storage capacity, he told reporters on Tuesday.

“Our storage is quite enough for what we have, and as we inject, we will be bringing in more which fits in our storage, from central storage to clinics in rural areas. We have another two million vaccines on the way,” said Mangwiro.

Finance Minister Mthuli Ncube has previously said that Zimbabwe budgeted US$100 million to buy vaccines. The country has a target to reach 10 million Zimbabweans. The four vaccines so far authorised in Zimbabwe all need two shots, which would suggest Zimbabwe would have to spend more to meet targets.

Some vaccine suppliers insist that governments do not disclose the price of vaccines that they supply.

“All suppliers have requested that pricing of specific vaccine contracts be kept confidential,” a Treasury spokesman told newZWire in February.

A Facebook post by the Ministry of Health quoting the figure was edited on Wednesday to remove the price reference.

How does this compare?

While suppliers and governments globally have worked to keep prices under wraps, prices have increasingly become public.

The US$10 per dose paid for Sinovac by Zimbabwe matches the price that South Africa has paid for the Johnson & Johnson vaccine. South Africa health Minister Zweli Mkhize, while not directly confirming the price, recently told parliament that prices were determined by “urgent availability”.

Earlier this year, South African media reported that South Africa had paid US$5.25 per dose for AsraZeneca vaccines. This price was well above what developed countries had paid for the same vaccine. South Africa later stopped using this vaccine after tests showed that it had low effectiveness against a locally-identified variant that is also dominant in Zimbabwe.

Last year, Italy, Germany, the Netherlands and France negotiated a price of around US$2.15 per shot for 300 million AstraZeneca doses as part of an EU-driven deal. That price only became public because Belgium’s budget secretary accidentally posted prices on Twitter, and later deleted.

In February, Senegal announced that it paid US$19 per shot for 200,000 doses of the Sinopharm vaccine.

In December, Reuters reported that the EU, which kept its vaccine contracts secret, bought Pfizer vaccines for US$18.90 per dose.

American company Pfizer in January offered South Africa its vaccine at US$10, according to a Bloomberg report. This was half of what the vaccine cost the USA, but the report said the South African government still deemed that price as “prohibitive.”

Vaccine prices are also driven by demand. Israel, for example, paid a premium of US$23.50 per dose for Pfizer so that it could get the vaccine earlier than other countries.

The size of vaccine orders also determines the price, which is why the African Union launched a joint procurement platform, led by Strive Masiyiwa, to buy vaccines in bulk.

Under this AU facility, Africa will pay US$6.75 a dose for Pfizer and US$10 for Johnson & Johnson.

Sputnik V, the Russian vaccine also authorised for use in Zimbabwe, is selling 300 million shots to the AU at US$9.75 per dose. The Indian government has set a maximum price of about $3,42 for local private sales of Covaxin, which has also been cleared for use in Zimbabwe.

ANALYSIS | Zimbabwe is offering land back to BIPPAs and black farmers. Betrayal or...

ESSAY | Haunted by global narratives: the hypocrisy of African progressives