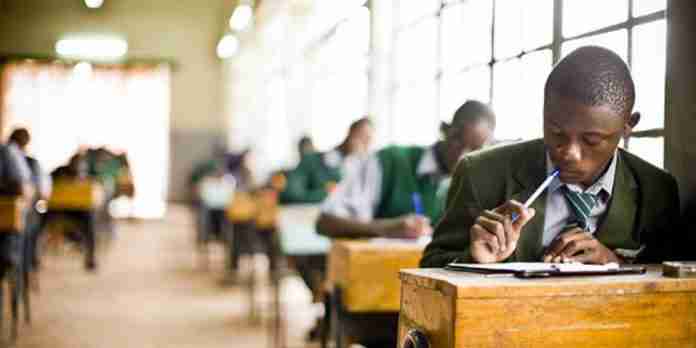 There are more Zimbabwean students writing Cambridge exams than anywhere else in Africa, the 10th highest globally, and the number of candidates keeps rising.

The number of schools offering Cambridge International exams in Zimbabwe has grown from 72 in 2013/14 to 124, an official said.

“We are delighted that our curriculum is becoming more and more available to schools. Sixty-three of the 124 schools in Zimbabwe are registered with Cambridge International via the British Council,” Nassé said.

The latest Cambridge data on Zimbabwe adds to years of debate in the country, where views are split between critics of the credibility of local examinations and those opposed to foreign exams.

The Zimbabwe School Examinations Council (ZIMSEC) took over examination of public school examinations in 1995 from the University of Cambridge Local Examinations Syndicate (UCLES). However, private schools continued to offer Cambridge, and their number is rising.

The increasing number of schools offering Cambridge bucks worsening foreign currency shortages in the country. Cambridge exam fees are as high as US$139 per subject for A Level subjects. In comparison, ZIMSEC exam fees are Z$26 for A Level, the equivalent of less than a US dollar. A recent fee hike was reversed after public objections.

Critics of ZIMSEC say it has lost credibility, partly due to its handling of examinations. However, other academics see Cambridge exams as a waste of resources, pointing out that they are not a prerequisite for entry into foreign universities or employment.

Cambridge, however, says its exams make an impact on Zimbabwean students.

“We are determined to set the bar high by designing programmes that equip our future leaders with the necessary higher-order thinking skills that universities and employers look for,” said Nassé.

“Through these programmes, students are able to build their research, reflection and communication skills. We are particularly proud of the teachers who have put in tremendous work to ensure these results are possible, and not forgetting the students whose commitment and hard work continue to produce great results.”

For sale: Canadian firm among 151 willing buyers in Zimbabwe mine fire-sale