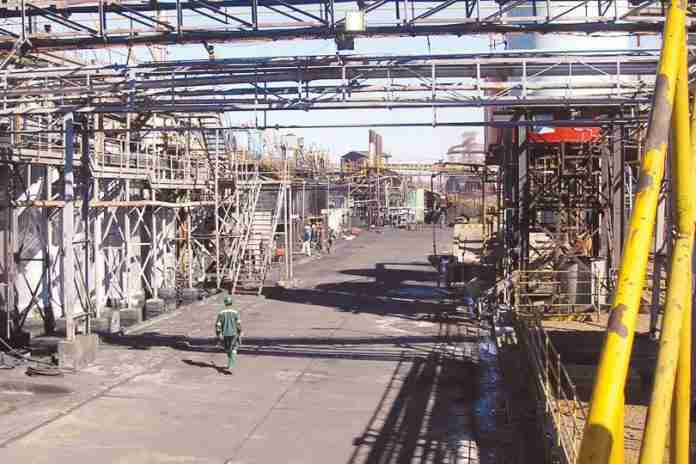 RioZim has been forced to suspend operations at its three gold mines, the second shutdown since October, because the Reserve Bank of Zimbabwe has not paid for gold deliveries since December and has failed to meet its pledges to allow producers to retain the bulk of their earnings.

In October, RioZim shut down its three mines – Renco, Cam & Motor and Dalny – citing forex shortages resulting from RBZ’s failure to release the company’s export earnings. The mines were reopened after RBZ, which has a monopoly on gold purchases via its arm Fidelity Printers and Refiners, said it would allow mines to keep 55% of their earnings, up from the previous 30%. RBZ also increased the local currency gold export incentive from 5% to 20%.

But in a statement on Friday, RioZim says despite these promises, Fidelity has not paid RioZim for its gold deliveries since December.

“As of date, the company has experienced significant and persistent delays in payment of its foreign currency allocation for deliveries made to Fidelity Printers and Refiners since December 2018 and this has severely affected the viability of the Company’s operations and consequently, the Company has been recently forced once again, to involuntarily suspend production across all three of its gold mines pending full payment of its foreign exchange proceeds which it requires in order to procure the necessary consumables needed to keep gold production running,” RioZim said.

The company’s troubles are not isolated. As foreign currency shortages deepen, Fidelity has failed to consistently pay large gold producers for deliveries over the past two months. This has extended the sharp decline in deliveries that began in the last quarter of 2018.

For RioZim, stopping gold production is a major hit on earnings, as gold operations account for 90% of its business, with its diamond and energy assets making up the remainder. “Therefore, the current stoppage in production has a material impact on the company’s performance,” the company said.

RioZim says it is in talks with both RBZ and the Chamber of Mines, but will update the market should no solution be reached.

“In the event that these engagements are unable to yield any positive resolution to the matter at hand within the immediate future and production at all three gold mines remains suspended indefinitely, the Board shall proceed to duly notify all shareholders and the investing public by way of a formal cautionary announcement.”

Gold producers have warned of widespread mine closures due to RBZ’s retention scheme and foreign currency shortages. The industry wants the scheme dropped entirely, but has proposed in the interim that they be allowed to retain at least 80% of their export proceeds.

RBZ, instead, offered 55% retention and increased the local currency incentive to 20% of gold sales. However, based on global gold prices, miners still do not get full value for their gold even with these concessions.

Mines Minister Winston Chitando has set a target of 40 tonnes of gold in 2019, up from the 33.2 tonnes last year. But with forex shortages halting production and companies unable to expand production, this target looks unlikely. Already, latest data shows that gold deliveries in January were down 35% on the same month in 2018, dropping to 1.7 tonnes. The first quarter, traditionally, sees low output due to rain.

In October, RioZim announced it could take RBZ to court over its failure to pay forex earnings due to the gold producer. At the time, the company estimated losses due to payment delays to be US$40 million in increased expenses and delayed capacity.

Cam & Motor Mine is the flagship operation of the RioZim group. The $10 million plant at Cam & Motor plant was commissioned in January 2017 and contributes 46% to the group’s gold output. Cam and Motor produced 974kg in 2017. Output was 458kg in the first half of 2018.

Foreign currency shortages have delayed full operation of that new plant, due to delays in securing components for the milling and leaching sections.

At the time of commissioning, RioZim said the Cam & Motor plant had capacity to process 2 400 tonnes of ore per day and a recovery potential of 93%. The company expects to increase gold production at the mine to 130 kg per month, to give the group a combined output of 200kg per month.

The company announced in April 2018 that it had budgeted up to US$25 million for exploration. Of this, US$3 million was committed to Murowa for new equipment. RioZim is also exploring a diamond find in Chivi.

Zimbabwe’s vaccine procurement: what we know so far