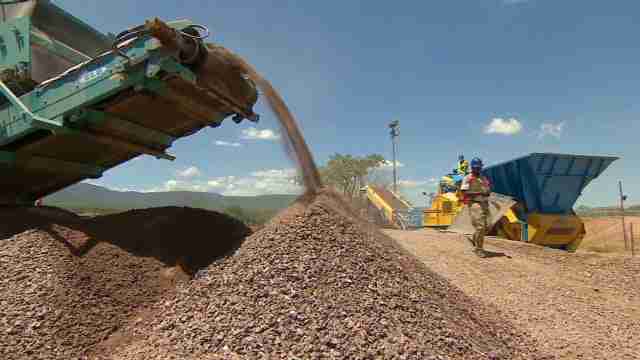 A statement by the company on Monday said Vast had established a road map to develop the claim following meetings last week in Harare with local community leaders and ZCDC. Agreements concerning the diamond concession would now be directly between the company and the ZCDC, rather than the local community, Vast said.

“After taking part in the meetings last week with our senior management, the community chiefs and ZCDC, I am pleased to say that the timeline to closing the agreements will now be accelerated,’ chief executive Andrew Prelea said.

“I plan to return to Zimbabwe shortly for what I hope will be the finalisation of the contractual terms, and also to establish the commencement of the project.”

The local community would be maintained as a beneficial recipient of shared profits, as per an original agreement.

Beneath the veneer of Vast’s corporate speak, the development shows the changes Vast has had to make to comply with the new diamond policy, which allowed only four companies to mine for diamonds in Zimbabwe.

There had been speculation over the future of Vast’s involvement in Chiadzwa after government in January left the company out when it announced Russian giant Alrosa, ZCDC, Chinese joint venture Anjin and RioZim as the only companies to mine gems under the new diamond policy. Companies with already existing diamond claims were to seek joint ventures with the approved firms under that policy.

However, Vast says the new arrangement clears up obstacles and allows it to move faster towards development.

“This amendment to the structure of the arrangement should not only accelerate the process to commencement, but should also provide the company further opportunities to work with the ZCDC,” the company said.

In August 2018, Vast concluded an agreement that would give it access to the Marange diamond fields in Chiadzwa. Vast has partnered Red Mercury, a company owned by the Marange-Zimunya Community Share Ownership Trust Community Trust.

Under the terms of that earlier agreement, Vast would have the right to carry out initial due diligence on the area with a view to concluding a joint venture agreement, the principal terms of which were for exploration, mining and marketing of any diamonds recovered.

The 15 km² Heritage concession is close to an area of Vast’s historic Marange diamond fields claim and is understood to be an extension of the same geological system. Vast has effective control of exploration and mining on the Heritage concession and also of marketing of the diamonds in consultation with Red Mercury.

Vast Resources recently sold its gold interests in Zimbabwe – Pickstone Peerless and Eureka – to focus on the diamond project.

Gold miners plan to spend US$1bn on development, but only if Zimbabwe eases forex...