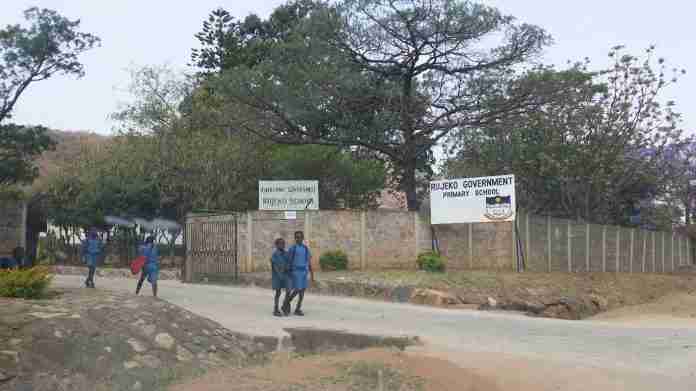 In this installment of his column Stories from Dangamvura, Chris Kabwato looks back at the tough teachers we feared in our youth, but whom we now thank in our adulthood

I suppose time heals all wounds and one can look back without bitterness on the people who gave you some grief.

Once upon a time, we went to schools where the teacher knew your parents well – too too well, I should add. I must have sensed this, for getting me into Grade One required a supreme effort. On my very first day at Rujeko Primary School it was a neighbour, Mrs Chimhau, who was given the monumental task of dragging me to school as I screamed and kicked in my oversized blue shirt and blue shorts.

Daily that week, I walked out of the school gate at breaktime, headed towards Sakubva River and lay on a rock until I heard the 1pm bell ring. I would then join others and head home. But teacher Mrs Nyamukasa took matters into her own hands and passed by our house to report my malingering. Tears were shed. Behaviour was corrected.

Having been used to the freedom of street urchins who behaved like free range chickens, I was now getting initiated into a structured system that had accountability at its heart. I was not ready. The teachers were not just teachers.

They were your parents and community leaders. First up was Mr Nyakunengwa, the Deputy Headmaster, who had tied a strip of fan belt to a stick.

That “medicine” was called Black Jack and if you were called to Mr Nyakunengwa’s office there was not much talk – only the instructions delivered with a menacing low voice: “Bend down and touch your toes.” If you flinched or screamed, you were just adding some more “medicine”.

When Romeo did not get Juliet

Not all punishment ended with the corporal treatment. A certain Grade 6 pupil who shall remain nameless (to protect the innocent), once dared to write a love letter to the head girl (a Grade 7). The prose-poem vaguely went along these lines:

“The Greenland of Love

The day we shall meet birds will sing a revolutionary song

Do not be flabbergasted. It is me Flash Gordon saying how are you balancing the scales of life…I want to let you know you are the most sophisticated girl I have ever met…”

The letter did progress to express the emotions of the writer. The head girl was apparently not flattered as the offending document was pasted on the door of the Grade 7 class for all to exercise their reading faculties.

Further to this, the head girl reported the matter to the headmaster, Mr “Banga” Makande, who summoned the love-stricken boy. For his crime of passion, our Romeo was sentenced to arriving at school every weekday at 06:30am, collect 10 cents from the headmaster and dash to the kiosk at the Council Bar (Chigomba) and buy the Rhodesia Herald.

So, for one term, Cupid put his energy into productive matters rather than daydreaming.

Sometimes the teachers tried hard to make us better, but we were not just cut for it. Mr “Timber” Mafararikwa, our woodwork-teacher-cum-soccer-coach summoned me one day to play for the first team because “your brothers were good at football”. But I was not born that way and within ten minutes or so I had been pulled out of the practice match.

But I have forgiven Mr “Timber” the same way I have forgiven Mr Ndoro who failed me in the Red Cross certificate course, apparently because I could not to tie a reef knot when doing the arm sling test. He did not have to announce it to my face, grin and shout “fo-fo-fo-ira!”

Although years later we realised the necessity of tough love, we loved teachers that went easy on us. Our best years at Rujeko were in Grade 4 and 5 because our teacher, Mr Cover Mutisi, was a storyteller. He also loved to teach gardening and taught us to grow carrots, peas, tomatoes and cabbages. In the mid-1970s a golf course was constructed on the edge of the township in an area called “Home Ownership”.

Mr Mutisi got into the sport, and we became his army of “caddies” – more like the boys to fetch lost golf balls than anything.

But we loved that we could spend so much time outdoors during school time. This vacation of Grade 4 and 5 with Mr Mutisi would come back to haunt us in Grade 6 with the no-nonsense Ms Tsitsi Masvikeni, newly arrived from Teacher’s College.

It got worse in Grade 7 with Mr Nyabunze who was a serious and dedicated teacher. He had just arrived from Nyanga and spoke a deep variety of ChiManyika which we found amusing in its high pitch and accentuation. It was certainly different from our urbanised ChiBocha. His daily warning was delivered with equal seriousness:

Years later, I would think about those words and wonder how a person like Shylet whose mother ran a famous shebeen that specialized in kachasu could survive the environment in which she had begun to assist in selling the potent drink. Would we judge her school results with empathy, or we would persist in nicknaming her the Queen of Sheba?

Sinyoro and the woman who lived in the wireless

In the analogue world we lived in, our teachers put in so much effort to make learning fun. They also brought some guests to liven things up. Abracadabra was ever popular although we were scared when threatened to turn you into a rabbit. One time he took cow dung and turned it into biscuits – I do not recall who was asked to taste. His most famous trick was to ask a teacher for her watch, crush it to bits and then ask us to follow him to the bus stop. Soon enough the bus would arrive, and the same watch would be pulled out of the wig of a puzzled disembarking passenger.

Another guest was Jackson “Sinyoro” Chinembiri who would strum his guitar and sing in a haunting voice that seemed to be dragging a little – not soft and not loud:

Looking back, the best part of his performance was the cheesiest – Sinyoro giving his guitar a slap and then chiding himself, “No, Sinyoro! Don’t do that to your guitar. It is too precious.” We roared with laughter.

The third guest was someone we never met in person but, somehow, she was very familiar. Once a week we had a radio lesson in which we learned something new from Miss Childs who lived inside the teacher’s blue and silver wireless. At 11am sharp the teacher would turn on the radio and we would stand up in hushed silence as if in the presence of the biblical burning bush:

“Thank you very much, Miss Childs.”

Sound of chairs being dragged in.

Soon this might gravitate to a story and a song:

Miss Childs would fade out with an instrumental song having bade us goodbye. Ah, what a lovely woman who lived inside a radio.

Despite the climate of discipline, we still pushed boundaries because we were really a bunch of comedians. I recall one “composition”, as we called essays then, where we were asked to write a news story and Fortune Muparutsa’s opening line was: “About 30 centimetres from Dora, a man was found dead.”

Seated at the back of the class were two budding cartoonists, Daniel Mutapa and Amon Gift Tendayi Mashegede (we called him by his full names for laughs). They would draw the teacher during class, or they would create a comic strip starring the naughty boys.

At break time, we played violent games from “fongo” to “horse fighting” where you carried someone on your back and used their legs to fight your opponent. The kicks were real and savage.

In class, there was Archford who you needed to allow to copy your work or else…One time Amon Gift Tendayi Mashegede wrote false answers to a multiple-choice mathematics paper and Archie copied religiously. Amon then rubbed out the incorrect answers and inserted the right ones without our “copycat” seeing this. Archie screamed murder when the maths books were returned. Amon was dead meat.

Enter the Don Kings of Rujeko

Twin brothers Simba and Pedzisayi Mwayera were our boxing promoters. The agreement was that fights took place after school on the banks of Sakubva River. Only a select few were invited to watch and cheer – chosen because they could keep a secret. At the river, two mounds of sand were constructed symbolically representing the breasts of the mothers of fighting boys:

“Putsa!” Break my mother’s breast and you will see.

The two fighters would stare at each other, daring each other to destroy that breast.

Inevitably, someone would destroy the breast of their opponent’s mother. There was no greater rage than that of someone whose mother had been so disrespected:

“Uri kuputsireyi zamu ramai angu?” The fights could be short and swift, or they could drag on, depending on the stubbornness of the fighters. Shirts torn, buttons missing. And still, we would be cheering on, goading the fighters to give us more action.

Whilst we took education for granted at Rujeko Primary, one story illustrated how education was prized by children who were in different circumstances. Chikwereti was a twelve-year-old boy who had never sat in a classroom because of the boycott of Rhodesia’s social, economic and health infrastructure by the congregants of the Johane Masowe faith. Chikwereti could neither read nor write. In 1980 he started Grade One at a temporary school set up at the Dangamvura St Paul’s Roman Catholic Church. A few weeks into his schooling he came back excited, his name was now Credit (he pronounced it as “credit”), changed by the dear pious white Catholic nuns who ran the school. He grew in confidence as reading and writing opened new vistas of knowledge for him.

A taste of Fanta Grape and a case of a bellyache

In Grade 6 our teachers gave us a treat – a bus ride to Umtali Museum and Umtali Bottling Company. Other than the scary python at the Museum, the real highlight was at the drinks company which had just launched Fanta Grape. Patiently we listened as we were shown how the bottles are cleaned and then filled up and sealed. Then came the moment we had been waiting for. We were ushered to the front lawn where cases upon cases of Fanta Grape bottles were placed before. You could drink as much as you liked, but you could not take away a bottle. A boy called Liberty hit 13 drinks, I tried and probably came in at a distant 5. The bellyache on the bus as we headed back home was a memory to savour.

Anyway, all I wanted to say was “thank you” to my teachers at Rujeko Primary School. Whilst the gratitude of a cat is buried in its heart, I wish to record mine in the written word.