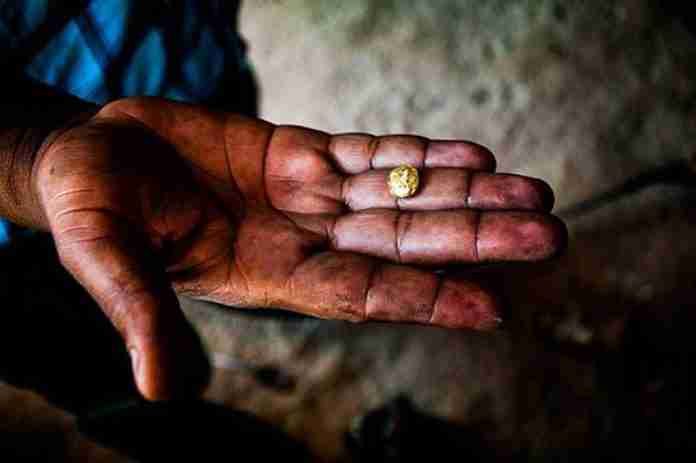 A government minister has admitted to what many in the mining industry have always said; the gold being sold through official channels may be just a third of what the country actually produces, with the bulk being lost to smuggling.

Gold miners are selling their gold to private dealers who pay a higher price than what producers would get from Fidelity Printers, the gold buying arm of the Reserve Bank of Zimbabwe, Mines Deputy Minister Polite Kambamura said at a heated meeting with small scale miners on Tuesday.

“What is a being channelled to Fidelity is only a third. I believe we are already producing 100 tonnes of gold as a country, but I am convinced that we are losing out to smuggling and under-declaration (of gold),” Kambamura said.

Last year, Zimbabwe produced 33.2 tonnes of gold, a record haul, but this is seen coming in lower this year due to deepening foreign currency shortages and resistance by small scale miners to sell to Fidelity.

Sales to Fidelity collapsed almost 60% between September and November last year, mostly as a response to new policy measures introduced in the last quarter of the year. There was some recovery in December, but the January output of 1.7 tonnes is still well below the 2.5 tonnes produced in January 2018.

More decline is expected. Last week, central bank announced that gold producers, both large scale and smaller producers, would retain 55% of their gold earnings, while the rest would be paid for in local currencies at the prevailing rate at the new interbank market. But this has angered small scale miners, who were previously getting 70% of their gold sales in US dollars, paid out in cash.

In the days after the monetary policy statement, gold producers have only lodged 20kg with Fidelity. In 2018, deliveries averaged 90kg per day.

“Our average production is 2.5 tonnes a month, but from November, we were operating at 47% and the bad news is that we have only received 20kgs,” Kambamura said.

By 2023, the mining industry should be contributing $12 billion in revenue to the fiscus, Kumbambura said. He added that Zimbabwe has exceeded the 10 tonne threshold required to join the London Bullion Market, which would give the country access to more markets for its metals, and that the Ministry of Finance was working on readmission.

In the case of Mpofu vs Uriri