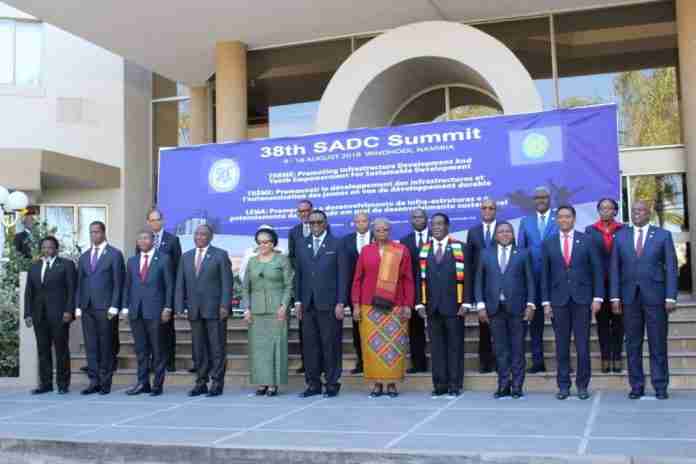 SADC leaders have called for calm in Zimbabwe ahead of Wednesday’s court hearing on the disputed election, and urged an end to Western sanctions on the country.

In a communique released on Saturday at the end of the SADC Heads of State Summit in Windhoek, Namibia, the regional grouping congratulated  Angola’s João Lourenço for his party’s election win, but was cautious on Zimbabwe where the opposition is contesting the poll in the Constitutional Court.

“Summit congratulated Member States that held elections since the last summit in August 2017, namely the Republic of Angola and the Republic of Zimbabwe, and congratulated His Excellency President João Manuel Gonçalves Lourenço and the Movement for the Popular Liberation of Angola (MPLA) party for winning the elections, and called upon all stakeholders in Zimbabwe to remain calm while the legal process regarding the outcome of the elections are being considered by the courts.”

President Emmerson Mnangagwa, in his maiden speech to the Summit on Friday, called for the region’s support in repairing the country’s economy. In their Saturday communique, SADC called for the lifting of sanctions against Zimbabwe.

“Summit urged the international community to lift all sanctions against Zimbabwe, and support the Republic of Zimbabwe in her economic and social development efforts,” the communique said.

Days ahead of the election, US lawmakers approved an amended sanctions law, the Zimbabwe Democracy and Economic Recovery Act, which they say is meant to encourage  democratic and economic reforms in Zimbabwe. The law was signed into law by US President Trump a week after elections.