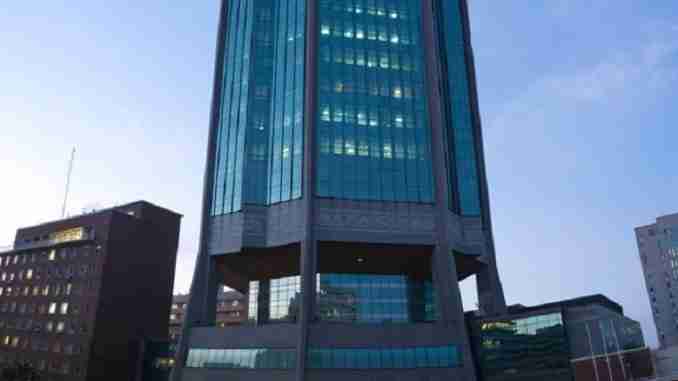 However, the MPC says it will now link bank capital requirements to the US dollar, a sign that authorities themselves may be anticipating further currency volatility in the year, despite upbeat projections on inflation and exchange rates.

Tier 1 banks will now be required to maintain minimum capital of the equivalent of US$30 million.

“The MPC resolved to maintain the Bank Policy Rate on Overnight Accommodation at 35%. The interest rate on the Medium-term Bank Accommodation (MBA) facility shall continue to reflect the yield on the Treasury Bills auction rate which is currently at between 15 to 18%. The MPC emphasized that access to the MBA window crucially depends on the quantum of medium and long-term productive lending undertaken by banking institutions,” the MPC said in notes released on Wednesday, which followed its meeting last Friday.

The MPC offered a positive forecast on the direction of inflation, which reads contrary to broadly negative sentiment in the market. According to the MPC, the recent period of exchange rate stability points to further declines in inflation. The committee sees monthly inflation slowing to single digit figures this quarter, with annual inflation ending the year at 50%.

“The month-on-month inflation ended the year within close range of the MPC end 2019-year target of 15%. Given the Bank’s key focus on price and exchange rate stability in 2020, the MPC expects the month-on-month inflation to continue decelerating and forecasts it to close the first quarter in single digit levels. This trend would see the year-on-year inflation coming down to about 50 percent by December 2020,” the MPC said.

The bank capital requirements are being reviewed not long after Finance Minister Mthuli Ncube, in his budget statement released only in November, announced that banks would have to raise their minimum capital levels from ZWL$100 million to up to ZWL$200 million by December 2020.

This allows banks to increase their capital requirements in tandem with exchange rate movements.

“The MPC noted the need for banks to hold sufficient capital to ensure continued stability and soundness of the financial services sector, as well as ensuring that banks continue to be able to underwrite financial transactions that are necessary for improving production and productivity,” the MPC says.

On the availability of cash, the RBZ imported bank notes and coins worth ZW$400 million, the statement said. An amount of ZW$150 million was disbursed in the last quarter of 2019 to give a total of ZW$1.1 billion of notes and coins in circulation in the country at the end of 2019. The amount of cash in circulation represents 3.2% of total banking sector deposits of ZW$34.5 billion as at December.

The MPC said it would maintain its plan to increase the amount of notes and coins in circulation up to 10% of deposits and “that the Bank should consider the introduction of notes in larger denominations in line with inflation trends”.

On the interbank market, launched in February 2019, the MPC says US$1.5 billion had been traded by the end of the year.

“The MPC agreed that the Bank should set aside appropriate foreign exchange resources to intervene and stabilize the market, as may be required once the enhanced interbank market become fully operational in the near future.”

The MPC however cautioned Government against leaning on the RBZ to fund its subsidies, particularly the gold support scheme.

“The MPC agreed to uphold its position that Government subsidies, such as the gold incentive, should be financed from the national budget without recourse to central bank financing. The Committee noted that failure to adhere to this principle would destabilise exchange rates and disrupt the inflation management program adopted by the Bank.”

OPINION | What a Lucky Dube song taught us about due diligence in financial...