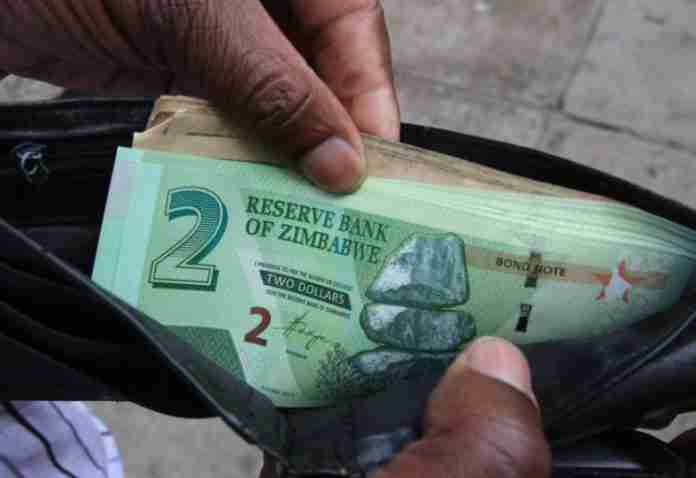 Three years after introducing the bond note at a contested par rate of 1:1 with the US dollar, Reserve Bank of Zimbabwe has finally abandoned the peg and effectively floated the exchange rate.

Central bank governor John Mangudya announced a foreign exchange interbank market on Wednesday where importers and exporters will be able to trade the bond note, the RTGS balances and other foreign currencies.

“The RTGS dollars shall be used by all entities, including government, and individuals in Zimbabwe for purposes of pricing of goods and services, record debts, accounting and settlement of domestic transactions.”

Overall, Mangudya’s move is a halfway house between control and a full float, and some economists have seen this as a cop-out.

With some payments – such as for government itself and for essential goods – still to be done via allocation from central bank, the opportunity for the same arbitrage opportunities that sank Mangudya’s bond note still remains. Concern also remains on the impact on salaries and inflation.

Mangudya, in his words

“Overall, the measures contained in this statement are expected to improve the competitiveness of the economy by appropriately rewarding exporters whilst at the same time reducing price distortions and arbitrage within the domestic market. The Bank commits all its efforts to reduce inflation within growth-enhancing levels, while minimising the adverse effects of a tight monetary framework in order to enhance production and productivity in the country.”

His views on pricing after his measures:

“The use of RTGS dollars for domestic transactions will eliminate the existence of the multi-pricing system and charging of goods and services in foreign currency within the domestic economy. In this regard, prices should remain at their current levels and or to start to decline in sympathy with the stability in the exchange rate, given that the current monetary balances have not been changed. In this respect, the RBZ will commit all its efforts to use the instruments at its disposal to maintain stability of the exchange rate.”

On making sure essentials keep getting forex allocations:

“Foreign currency requirements for Government expenditure and other essential commodities that include fuel, cooking oil, electricity, medicines and water chemicals shall continue to be made available through the existing letters of credit facilities and/or the Foreign Exchange Allocations Committee.”

On where the rate will go after all this, Mangudya says there’s just not enough money for dealers to spend on forex:

Mangudya expects the RTGS$:USD rate to trend downwards, and says although the total money stock is about RTGS$10 billion, actual RTGS deposits are in the order of RTGS$1.8 billion. He says the USD$450 million plus the USD$600 million credit facilities currently available will go some way towards covering the RTGS$ deposits. Much of the money stock is in loans and balances (RTGS$4bn), TBs (RTGS$3bn) and RTGS$1.5bn in Savings Bonds. Not all this money will be thrown into the market all at once.

Against the grain: Zimbabwean farmers have just produced their biggest ever wheat crop. How...