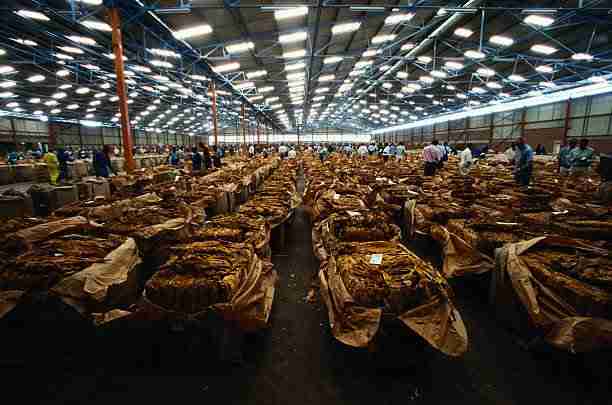 The Zimbabwe Tobacco Association (ZTA) expects yields to be lower this year at 1400 kg/ha, which would give a crop estimate of between 180-185 million kg, at par with last year’s production. ZTA says it expects better quality in this year’s crop, for both the irrigated and dryland tobacco, despite concerns over the effect of waterlogging in some areas and disease.

Ahead of the start of the new marketing season, the Reserve Bank of Zimbabwe has said a farmer will earn 60% of their tobacco sales in US dollars, while the rest will be paid out in Zimbabwe dollars at the official exchange rate.

Speaking at the floors as sales started, Agriculture Minister Anxious Masuka said this payment arrangement gives “a better return for farmers this season”.

Last year, farmers got half of their earnings at a fixed exchange rate of 1:25. However, producers say this year’s payment deal still does not give them enough value for their tobacco.

“The 60% falls short of our foreign currency cost of production component which reflects a minimum of 70%. Compounded to this shortfall is that 40% of sales proceeds will be paid at the official rate of ZWL84:USD versus re-tooling rates above ZWL100: USD,” says the ZTA, which represents large producers.

Some 95% of all tobacco production is on credit secured from contractors, according to the ZTA. Close to 40 buyers and contractors been approved by the Tobacco Industry and Marketing Board (TIMB) for this season.

Last year, Zimbabwe earned around US$460 million from 183 million kg of tobacco sold, according to TIMB.