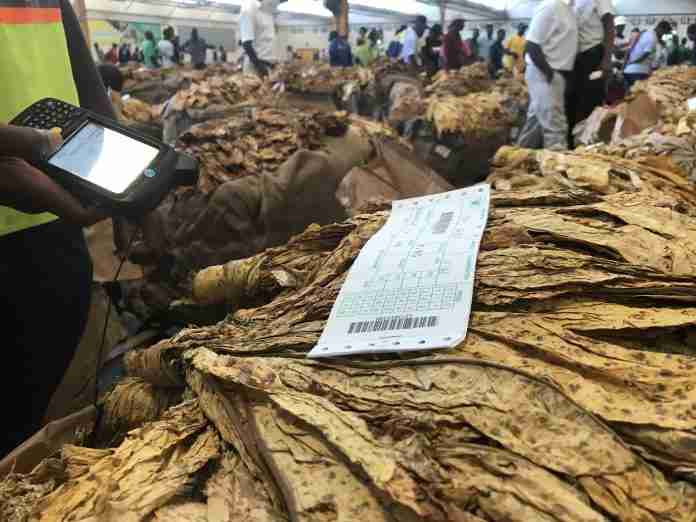 Zimbabwe boasts of big earnings from tobacco each year, but these figures hide the true picture; growers are sinking in debt, the industry is not attracting new farmers and the country is not earning as much as it should.

Last year, Zimbabwe earned around US$460 million from 183 million kg of tobacco sold, according to the Tobacco Industry Marketing Board. But growers say this money is not all landing in the pockets of farmers.

Based on seed sales and area planted, the Zimbabwe Tobacco Association (ZTA) estimates this year’s crop to be at par with last year’s, at between 180-185 million kg. However, the ZTA warns that sales figures alone do not show the true state of the tobacco industry, one of the country’s biggest forex earners.

Ahead of the start of the new marketing season, the Reserve Bank of Zimbabwe has said a farmer will earn 60% of their tobacco sales in US dollars, while the rest will be paid out in Zimbabwe dollars at the official exchange rate. Some 95% of all tobacco production is on credit secured from contractors. This is not working for growers, according to the ZTA, which represents farmers.

“The payment modalities announced by the central bank will not improve growers’ viability this season. The stagnant growth this season reflects this. Every season growers finds themselves with little profit or in debt with their contractor,” ZTA said in a note ahead of the new selling season.

The debt means that, in real terms, Zimbabwe is not getting the bulk of the tobacco money.

“This debt is in USD and carried forward to the next season, with more USD loans and debt added. 90% of growers are now 100% USD borrowed from their contractor, implying no new USD comes into the country until USD loans are repaid.”

Says ZTA: “So while on paper tobacco sales may earn US$500-US$600 million per season, real inflows are about a quarter of this. Rollout of diversification cropping programmes for tobacco growers remain paramount so that their general livelihoods are protected, as tobacco viability diminishes each season. Tobacco growing currently is not an attractive crop to venture/expand into and such growth will remain subdued.”

ZTA says the pricing of contract tobacco, which is 95% of all output, cannot be determined by prices at the auction floors, which account for just 5% of production.

“This is outdated legislation that needs to be speedily changed by the authorities,” the association says.

On the estimated size of this year’s crop, ZTA says seed grew by 27% to 940kg. There has been no real growth in the number of registered growers, which remains at 146,000. Based on seed sales and the number of growers, the planted area is estimated at 130,000 hectares.

Yields from the irrigated crop are estimated to be 10% than last year, but quality of the cured crop is expected to be better. For the dry-land crop, yields will be lower than last season because of excessive rainfall in January and February.

“The higher than normal rainfall has resulted in some areas experiencing water logging of fields and leaching of some crops. A thinner crop is expected.”

Close to 40 buyers and contractors been approved by the TIMB for this season. A “significant number” are middlemen for larger companies, who remove value from the tobacco bought from farmers.