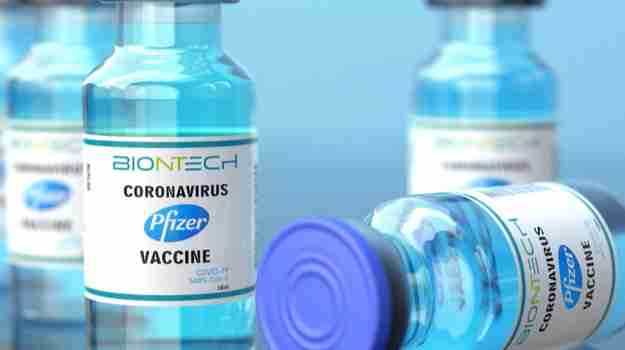 The Pfizer-BioNTech COVID-19 vaccine has been proved to have high efficacy against the coronavirus strain first detected in South Africa, the companies said in a joint announcement.

Pfizer and BioNTech’s updated analysis of the vaccine’s Phase 3 trials released last Thursday shows 100% efficacy against the variant (known as B.1.351 or 501Y.V2) first detected in South Africa but which has now become prevalent in several countries, including Zimbabwe.

“In South Africa, where the B.1.351 lineage is prevalent and 800 participants were enrolled, nine cases of COVID-19 were observed, all in the placebo group, indicating vaccine efficacy of 100% . In an exploratory analysis, the nine strains were sequenced and six of the nine were confirmed to be of the B.1.351 lineage,” Pfizer-BioNTech announced.

“These data support previous results from immunogenicity studies demonstrating that BNT162b2 induced a robust neutralizing antibody response to the B1.351 variant, and although lower than to the wild-type strain, it does not appear to affect the high observed efficacy against this variant.”

Pfizer and BioNTech, whose two-dose vaccine is formally known as BNT162b2, was the first to receive World Health Organisation (WHO) emergency use authorisation last December, showed strong protection against COVID-19 six months after the second dose.

“Results from this analysis of 46,307 trial participants build upon and confirm previously released data and demonstrate strong protection against COVID-19 through six months post-second dose. From the 927 confirmed symptomatic cases of COVID-19 in the trial, 850 cases of COVID-19 were in the placebo group and 77 cases were in the BNT162b2 group, corresponding to vaccine efficacy of 91.3%,” the companies said.

No serious safety concerns were observed in trial participants up to six months after the second dose. Side effects were reported to be generally consistent with previously reported results. Vaccine safety has now been evaluated in more than 44,000 participants aged 16 years and older with more than 12,000 vaccinated participants having at least six months of follow-up after their second dose.

Pfizer has agreed to donate an initial 1,2 million doses of the vaccine to the COVAX initiative which is promoting access to low-income countries. Of that, only four African countries – Cape Verde (5,850 doses), Rwanda (102,960 doses), South Africa (117,000 doses) and Tunisia (93,000 doses) – are in line to receive the Pfizer vaccine when it becomes available for its first round of deliveries, according to a COVAX allocation schedule released early March.