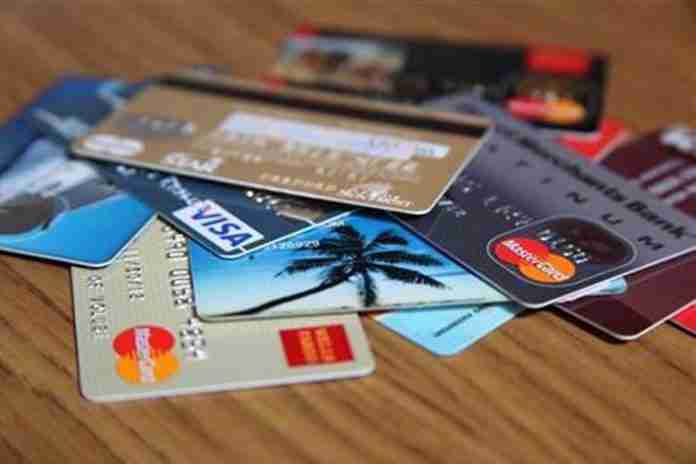 A US$470,000 debt and the country’s interbank market are at the centre of a major row between banks and Cambria Africa, the provider of the Paynet transactions portal, whose suspension has disrupted millions of transactions.

Cambria Africa says it suspended services to Zimbabwean banks because they owe US$470,000. The company says it lost US$170,000 in March and April and it would be “patently irresponsible” to continue.

The company runs Paynet, a transaction switch used by virtually all banks in the country. Paynet says it serves 5800 corporate clients and 2.5 million beneficiaries.

The suspension could disrupt salaries for over a half a million workers, while NSSA announced on Thursday that pensions would be delayed.

Cambria, a UK firm listed on the AIM market in London, wants to be paid in US dollars for its services, but banks have rejected this, leading to the impasse.

Local banks have, instead, started working on alternative software to replace Paynet, a service of Cambria subsidiary Payserv. This has angered Cambria, which has released a lengthy and strongly worded statement raging at banks.

In its statement, Cambria said Paynet’s was suspended “after close of business on 10 June due to a collective refusal to pay historical and contracted pricing to Payserv Africa in US dollars”. The company says banks have been profiting off its system, raking in up to US$22million in bank fees, while Cambria took losses.

“The Company lost US $170,000 providing services to banks in March and April 2019. Banks collectively owe Payserv Africa over US $470,000 for over 4 million transactions concluded since 1 May 2019. The Company cannot allow further accumulation of possible losses. The Company estimates that in 2018 banks netted US$5 in profit for each dollar invoiced to them. Collectively in 2018 banks netted over US$22 million in profits via charges to its account holders for services provided by Paynet,” Cambria says.

Banks, the firm says, have “stonewalled the Company’s attempt to maintain the US dollar value of its services following the devaluation of the currency to 5.86:1 USD on the interbank market”.

Detailing how it came to its decision, Cambria says banks, including Stanbic Zimbabwe and the Industrial Development Bank of Zimbabwe (IDBZ), had recanted on written commitments made prior to 31 May to honour Payserv Africa’s invoices.

Banks insisted on an “industry position” from the Interbank Operations Committee (IOC).

“Four days to the deadline for receipt of payment, the Company has not received a single indication, even verbal, that payment has been initiated, or approvals were being sought, or in short, a sign from a single bank that they intend to pay. In the meantime, the banks collectively have run up a bill to Payserv Africa of over US $420,000 for the period 1 May to 10 June 2019.”

Cambria accuses banks of choosing to speak through the IOC “which committed its members, and perplexingly their superiors, to respond to Payserv with ‘one voice’- silence.”

Banks, on the other hand, say foreign currency payments are not possible after the introduction, in February, of the interbank market.

A letter to Cambria from the Head of Treasury at FBC Bank said: “The interbank operations coordinated and led the discussions.”

Cambria says CBZ, Standard Chartered, CABS, and Nedbank had claimed that they would be barred from paying an external invoice by the RBZ. However, Cambria insists that RBZ governor, John Mangudya, made a commitment on May 31 that central bank would not object to banks paying Cambria in US dollars. But Cambria is upset that banks have instead begun exploring alternative software to replace Paynet.

“However, ten days later it is clear that the intention was to run out the clock and use the time against Payserv while attempting to present untested and unapproved alternative software platforms.”

The Paynet standoff reflects the dangers of the banking system’s reliance on a single supplier.

Commenting on the issue, Ralph Watungwa, VP of the Bankers Association of Zimbabwe, said Thursday: “We pay them (Paynet) in USD, but our argument is that since they are a local business, they must be paid locally or they will have to queque up (for forex) like everyone else to be paid.”

He says individual banks may have to find alternatives for Paynent, including reverting to “manual” entries in the interim.

“They were mostly doing salaries, but because of this we may have to make other plans.”

Anticipating a standoff with Payserv, Standard Chartered Zimbabwe has started urging its clients to use the Straight2Bank or S2B application as an alternative to Paynet. On June 10, CABS told its customers that Paynet would be disconnected, urging clients to use its own Direct Inject platform instead.

But, and not surprisingly, Cambria is warning banks against taking on a new vendor. A new system would not be as good as Paynet, the company claims.

“Such an alternative would in the Company’s view neither be cheap nor immediately available and customizable. The 5,000+ corporate users of Paynet would find it difficult to switch to a new system, however robust. A new system would require the kind of customization that Paynet has provided to each bank at a far lower cost than would be charged by their core system providers.

While rationally speaking we should never have reached the stage where banks would want to see who blinks first, here we are and none of this is rational.  Particularly when Payserv publicly committed US$1 million to develop new technologies for the industry which seems to be shunning it now.”

Reflecting the complexity of charging foreign firms in local RTGS, Payserv’s May invoice would mean the company is paid the equivalent of US 2.6 cents per transaction at interbank exchange rates instead of the average of US 16 cents in its contract.

“It would be patently irresponsible for Payserv to continue providing a service without payment or to accept 20 cents on the dollar assuming access to the interbank market. Alternatively, Payserv would have to at a level predict devaluation and market access for which Payserv has no mechanism, especially given the 30-day notice period for a price change in our contracts.  We note again that we have not proposed a price change.”

The company says banks in Zimbabwe pay externally for a range of foreign owned technologies in foreign currency, including core banking software and to Microsoft, and it is then “illogical to accept that banks can pay for such subscriptions, licenses, and service but cannot pay Payserv Africa”.

The row between Paynet and banks is hitting millions across the country. On Thursday, NSSA said pensions may be delayed.

“NSSA wishes to advise its valued pensioners under the Pensions and Other Benefits Scheme and the Accident Prevention and Workers’ Compensation Scheme that payouts that were due on the 13th of June 2019 might be delayed as the provider of the payment platform used by the banks is demanding to be paid in foreign currency, failure of which it will suspend services to them.”

Earlier this year, Cambria told shareholders to expect a hit on earnings due to the forex crisis in Zimbabwe.

In April, Cambria announced that former IMF representative to Zimbabwe, Christian Beddies, had been appointed CEO of Payserve Zimbabwe.