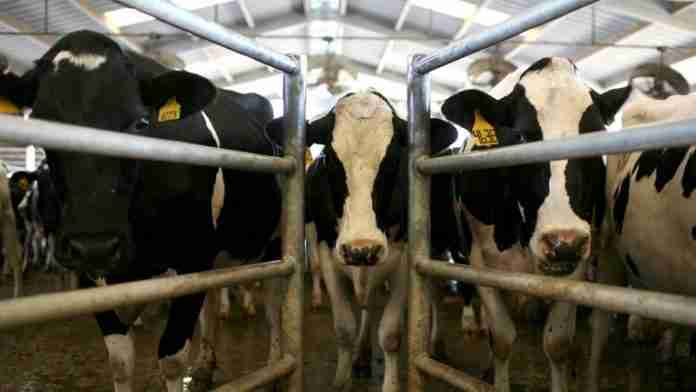 Over the years, Zimbabwe’s milk production has been decreasing and has continued to decline in the country due to a combination of policy and operational constraints affecting the dairy value chain.

The excess demand is being met through powdered milk imports mainly from South Africa by processors under a duty-free quota system to approved importers.

The cost-plus model, that is, producer input costs plus a profit margin forms the base price paid by all processors. An additional premium is paid for quality milk under a scheme by the Dairy Services.

Production: by the numbers

According to the Transforming Zimbabwe’s Dairy Value Chain for the Future (TranZDVC) Policy Paper on Sustainable and Standardised Milk Pricing Policy (2021), the gross margin per animal for small-scale dairy farmers of two lactating cows is unprofitable.

The cost of producing 1 litre of fresh milk is US$0.84 against a producer price of US$0.71 per litre of fresh milk, giving a gross margin per litre of -US$0.13. Thus, the return per dollar invested was -US$56.77. The results ultimately show that small-scale dairy farmers are not economically viable, with a negative gross margin per cow of -US$83.47, unless they adopt on-farm feed processing to cut the cost of feed, which is the major contributor to high production costs.

Return per dollar invested and gross margin per litre basis were found in the milk pricing study to be both negative at -US$56.77 and -US$0.13, respectively.

As much as duty-free powders cover the shortage gap in raw milk supply and demand, there has not been a supply and demand matching aspect considering optimality to promote sectoral growth and since such a challenge has been noted there is no stable and sustained growth until such areas are managed at policy level.

What is to be done?

Milk producer prices could be maintained or increased slightly by not more than 3%, while at the same intensifying adoption of cost cutting measures by dairy farmers.

The regional average of the milk producer price per as a proportion of the retail UltraHigh Temperature (UHT) milk price is 44% (standard deviation= 14%). In Zimbabwe, the milk producer price as a proportion of the retail UHT price is 35%. TranZDVC recommends that the country matches the regional average without increasing the retail price of a litre of UHT milk. Based on the current retail price of UHT of ZWL$173.88, farmers will be paid ZWL$76.51 per litre or US$0.89 per litre (using the official exchange rate).

The recommendation, which serves as a price increase incentive to farmers while matching the regional prices, has the following implications: a) Short-term: “Stepping Up” strategy. Current dairy farmers will invest in expanding or scaling-up their production units (new and productive breeds, more milking cows and adequately fed cows).

An increase in the producer price while the retail price is maintained, implies that processors’ margins will be reduced in the short run. Several processors who rely on dairy farmers will enter the “Hanging-in” phase or “Stepping-out” phase at the worst. This is the current phase in which the dairy farmers are. b) Medium-to- long term: National milk productivity and production will increase significantly. In a free market economy, a significant increase in supply with minimum fluctuations in the aggregate demand for milk, the producer price will adjust downwards.

What does this mean for processors and farmers?

For processors, their margins will increase and surpass the current status quo. more milk intake means an increase in production/ processing capacity, which is currently way below 100%; and production/ processing costs will reduce significantly due to economies of scale. For farmers, although the price will adjust downwards, they will still operate above cost due to economies of scale. This scenario will result in a win-win situation.

A combination of selected features of Option 1 and the entirety of Option 2. For Option 1, the emphasis is on cutting costs. The anticipated outcome is again a winwin situation that will increase the profit margins for both farmers and processors more than in Option 2. Optimum quantities of imported powders Regarding milk powder imports, TranZDVC recommends a tariff rate quota (TRQ), a two-tier policy which combines a tariff and a quota and is more flexible in the event of exhaustion of the quota while there is still a local supply gap.