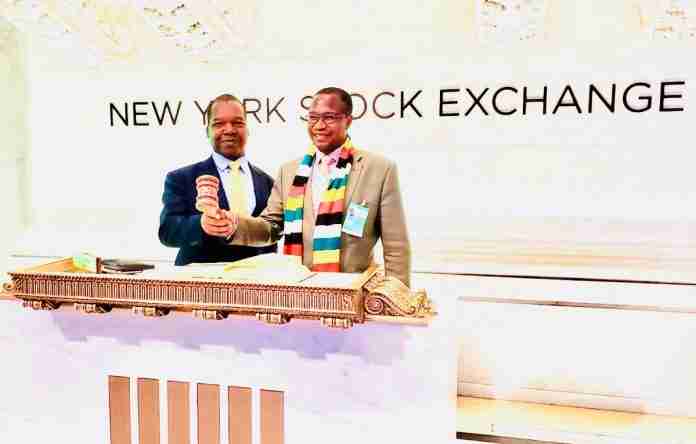 Exactly 30 days after a harried Mthuli Ncube wrote to the International Monetary Fund pleading for debt relief and financial assistance to help Zimbabwe’s fight against Covid-19, the finance minister put out a series of tweets announcing a major government policy.

That such a major policy development is announced at 7:06pm, on a Saturday, is perhaps meant to signal to the global market, and indeed the whole country, that the Zimbabwean authorities are hard at work to mend and repair the economy.

The said economy, by Ncube’s own admission in his letter to the IMF, is set to contract by anything from 15-20% this year, in the wake of the Covid-19 pandemic.

Whatever the merits or demerits of announcing such a policy on Twitter, one thing is certain; Mthuli’s series of tweets left more questions than answers. Government communications have consistently been bereft of clarity, certainty and much evidence of forethought, with a worryingly growing level of consistency for some time now.

To just illustrate this point, the finance minister capped his evening dalliance with his twitter account by urging anyone confused with his policy pronouncements, or indeed more curious for greater detail, to enquire with the Zimbabwe Stock Exchange.

“For further information on the Victoria Falls Stock Exchange (VFEX) and listing procedures,” Ncube said in a follow up tweet at 7:55pm. People should, “contact the Zimbabwe Stock Exchange (ZSE).”

And for good measure, Mthuli signed off with the platitude that has come to punctuate Mnangagwa`s administration: “Zimbabwe is Open for Business.”

This just betrays the fact that this policy pronouncement was mistimed, not properly thought out, and that the operational mechanics of the exchange still have many kinks to be worked out at best, or are non-existent at worst.

Even more concerning is the fact that Ncube packaged the VFEX as a part of the ZWL$18 billion Covid-19 relief package that had earlier been announced by President Mnangagwa. Interestingly, the government economic package made no mention of the VFEX launch, neither did the breakdown of the intended utilisation of the ZWL$18 billion take into account the launch of the VFEX, at least in the manner in which President Mnangagwa announced the package.

If anything, the series of tweets sent out by Ncube came across as rather random, and somewhat contradictory to his boss’s stimulus package announced the previous day. The fact that the finer details of this VFEX are scant, only being confined to only the 144 words and 815 characters that constituted the finance minister’s tweets, only serve to fuel speculation and confusion.

One might even venture to say, the whole event does not inspire confidence of a government that has got a firm grip on matters and is coherently responding to the country`s economic tumult.

Let us forget all the perceptible missteps cited above, and let us consider for a moment the actual matter of a “hard currency” stock exchange aimed at, “foreign investors, global capital, especially the mining sector,” as Ncube envisages. One of the primary reasons that companies list on an exchange is to raise capital.

It goes without saying that the mining sector is capital intensive, and there are several mining projects in the country that indeed need the capital.

So to be clear, there is merit in some companies listing on the mooted VFEX to raise foreign capital. However, the obvious question that arises is from which foreign investors this capital will come from? In other words, which global investors are going to be attracted to assets in Zimbabwe such that they would commit their “hard currency” to Zimbabwe?

“You think I’ll bring half a billion dollars to Zimbabwe?…”

In early 2018, then head of Anglo American Platinum, Chris Griffith, reportedly told minister of mines, Winston Chitando, “you think I will bring half a billion dollars to Zimbabwe when you guys keep chopping and changing the rules? There is no way I will do that.” Evidently, this is a sentiment shared by most foreign investors who are the intended participants in the VFEX.

In 2019, for instance, Zimbabwe only attracted US$259 million in Foreign Direct Investment. More pointedly, the RBZ`s own data show that portfolio investment inflows tanked from US$54.7 million in 2018 to a paltry US$3.7 million in 2019.

One of the major reasons commonly cited for Zimbabwe’s poor ability to attract foreign capital is lack of policy coherence and clarity. For instance, on 15 March this year, the RBZ announced that it was moving to a managed float exchange rate system, based on a willing-buyer, willing-seller model, in an effort to eliminate the premium between the official exchange rate and the parallel market rates.

Further proof of the policy unpredictability that hinders foreign capital from finding its way to Zimbabwe was also evident in the authorities’ ill-informed decision to suspend the fungibility of internationally traded shares including Old Mutual, PPC and Seedco on March 15. In a market where foreign funds are trapped in a virtually stagnant priority queue at the RBZ, these shares provided a relatively quick and legal way for foreign investors to repatriate their profits and capital out of the country.

The suspension of fungibility is akin to waving the middle finger to the very same foreign investors that government is trying to court. Investors who have had their funds trapped in the country are less likely to reinvest in Zimbabwe again for this reason, and this undoubtedly sends a negative signal for would be investors.

The reason is simple,international investors do not accept local currency risk!

More importantly, a combination of the collapsing export revenues and the seizing up of debt markets due to the globally enforced lock downs have contributed to a massive United states dollar shortage. The global dollar shortage is estimated to be US$13 trillion now, and may even breach US$20 trillion mark in December.

One very simple implication of this dollar shortage is that most investors will opt to hold actual cash. For instance, in March alone this year, there were outflows of US$83 billion from emerging market funds as investors sought to hold cash as the dollar continues to strengthen.

So the competition for the United States dollar is going to be high for the foreseeable future, and this is the reality that the VFEX faces.

This overwhelming demand means that the cost of dollar funding keeps creeping higher, and that the acceptable returns for foreign investors will be high.

However in an environment of generally softening commodity prices, waning demand, and structural weaknesses in the Zimbabwean economy, mining companies listed on the VFEX may fail to yield appropriate returns, in the event that they were to attract foreign capital.

In principle, the idea is noteworthy, to the extent that foreign capital may be attracted to our shores, and companies that need the money, do raise it. The Zimbabwe Stock Exchange has in the past actually hinted at such a move.

Nonetheless, to say nothing of the manner in which Ncube announced the VFEX, and however optimistic one may be, it is a little difficult in the current circumstances to see how this initiative will succeed. This is given Zimbabwe’s economic history of policy unpredictability and poor record of attracting foreign capital.

For now however, the immediate focus of the treasury authorities will be too clear up how the VFEX fits together in the ZWL18 billion stimulus package as Mr Mthuli Ncube implied.

Click here to read more from Perry on his blog