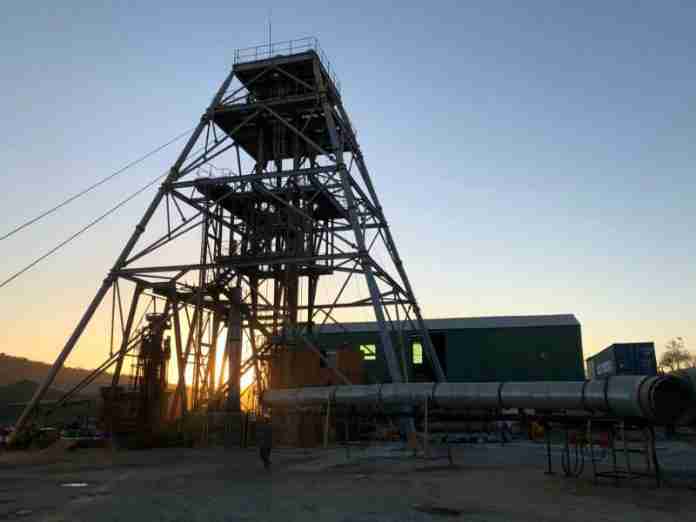 Caledonia Mining says it is targeting the acquisition of small brownfield operations Zimbabwe, as part of a growth strategy to follow completion of the shaft deepening project at Blanket Mine.

The company is deepening the main shaft at Blanket to a depth of 1,200 metres. The project is now in the equipping phase and will be commissioned in the third quarter in 2020, barring procurement and staffing delays caused by COVID-19. Production from Blanket mine is then expected to increase to 80,000 ounces of gold per year from 2022.

With that project out of the way, Caledonia would have extra cash to buy up mines. But, says Finance Director Mark Learmonth, the company will be careful about the sort of operations in wants to buy.

“We must have looked at two dozen opportunities in Zimbabwe. Let’s not forget that Zimbabwe, 40 years ago, was Africa’s third biggest gold producer behind South Africa and Ghana. Geologically, it’s a very prospective area for gold. It’s just hasn’t been explored or commercialised over the last decades. So we think it’s a great jurisdiction,” Learmonth said, following the release of the company’s quarterly results.

“So, of those two dozen opportunities, we’ve narrowed it down to perhaps four of five that we really like. None of these are large scale producing operations, so we’re not really thinking of splashing out tens of millions of dollars to buy some asset that’s been run into the ground and needs a huge amount of money to be capitalised. That’s not our focus.”

Caledonia’s strategy, says Learmonth, is to find brownfield properties – or mines where work has been done before – which the company would invest in to drill and bring up the resource.

“The idea is to redeploy some, but not all, of the cash that we’re going to be generating from Blanket to build a growth pipeline which will take us forward for the next decade. Very clearly, we don’t intend to blow all the money on a big high risk acquisition, it’s much more gradual.”

The company had US$12.5 million in cash at the end of March, and declared an increased quarterly dividend of 7.5 (US) cents per share.

In a statement, Caledonia said the dividend distribution was a “balance between delivering returns to shareholders and pursuing the significant growth opportunities within Zimbabwe”.

Blanket Mine has bucked the trend across much of Zimbabwe’s mining sector, where output has fallen due to Zimbabwe’s currency crisis and input shortages.

The mine managed to keep production going at 93% of target during the three-week lockdown which started in Zimbabwe on March 30. Full production has since resumed.

CEO Steve Curtis said: “In parallel with the improved financial and operating performance, I am also pleased to report an improved operating environment in Zimbabwe.  Although the country continues to face challenges, the introduction of the interbank rate early in 2019 allows us to better protect our workers from the effects of high inflation.”

A year of African elections: The West judges Zimbabwe differently from others, and that...