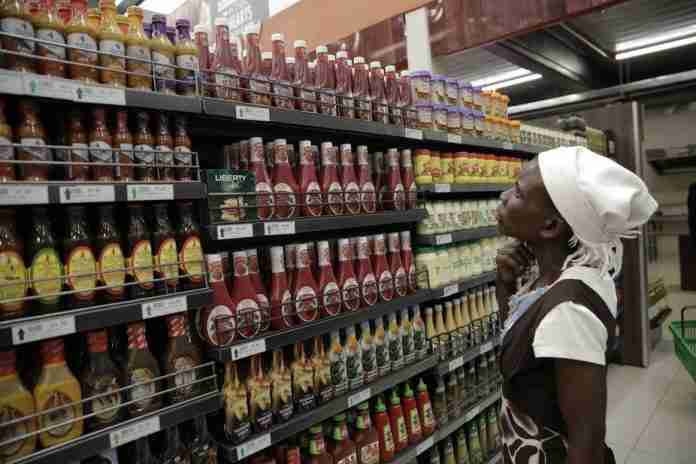 Excess money growth over and above the need for nominal GDP growth and some inflation, will lead to inflation and in the case of ZWL, a devaluation in the currency.

Looking at 2021 and taking the RBZ Monthly Economic Review, broad money M3 rose by 132% over the year whilst the parallel rate of exchange fell from ZWL115 to ZWL200, a 74% devaluation but as we know GDP also rose sharply in 2021.

To date, we only have statistics for broad money to the end of February this year which highlights a 6.5% growth in broad money since the end of December 2021. The currency devalued by around 10% over that period so nothing dramatic. The ZSE by contrast rose by 36% over that period but reflecting good corporate numbers and then it gained just 5% in March.

The parallel rate fell by around 10% in March so, again, nothing exceptional.

Then suddenly in April, the ZSE gains a whopping 78% and the currency devalues by around 60%. A monetarist would suggest that in March or April, the money taps must have opened to finance such inflation. We won’t know for sure until the numbers can be scrutinised, if indeed that will be possible.

Inflation: where to look?

If we look back at events in March and April, there were by-elections to finance, the 2022 Census was underway whilst the end of the rains prompted road rehabilitation works. All three of these were expensive projects. Add to this the preparations for the purchase of the maize harvest and winter wheat planting.

It could well be that Government did not have the funds available to fund such expenditure, bearing in mind the TB issue at the end of March was heavily undersubscribed at a rate of just 24%. As a result, it is possible that the RBZ lent those funds to Government through a short-term overdraft in March and April. This is money creation.

The currency more than likely devalued by a similar factor to the increase in the money supply, although panic may have driven that higher. Put another way there were more ZWL relative to the USD than before hence its price fell.

There is also talk, as yet unsubstantiated, that exporters were receiving more ZWL for their export retentions as the rate used in that calculation had moved from the auction rate to the “Tolerance” rate, now the new interbank rate. That would have required more ZWL which the exporters would have needed to find a home for.

Inflation, interest rates and the ZSE

Had interest rates on ZWL monetary assets been attractive enough, recipients of those extra ZWL could have deposited the money in the banks or bought government Treasury bills. This could have mopped up surplus ZWL liquidity which instead immediately went into equities or other hard assets. If deposit rates or yields on Treasury bills were nearer 125% as compared with the current 25% – a premium over the current 96% inflation rate – then at least there would be another liquid ZWL asset class available to consider.

The government reacted to the currency and ZSE gains by introducing a “super-tanker” of measures to try to stop what they deemed speculation. The ZSE was partly blamed, but the ZSE is a cash settlement market. There is no credit. So, a buyer has to have had the ZWL available to purchase shares in the first place.

That ZWL was surplus to the buyer’s needs and hence financed the rise in share prices. The seller meanwhile was left with that cash which he could have used to buy other goods if they were able to or it simply remained in cash. Increasing capital gains tax to discourage short-term investors will therefore make little difference to the buyer with excess ZWL liquidity.

Companies making their own USD

Equities are one of the few asset classes to own when you have an unstable monetary policy, wherever you are in the world. Businesses have been accused of driving the parallel rate by chasing USD. Again, they would need surplus ZWL liquidity to do so, but thanks to the dual currency system that Zimbabwe has, there is far less need to do this since businesses can charge for their goods and services in US dollars; indeed a number of the businesses we speak to generate more USD than they need and hence invest the surplus into new plant and equipment.

Maintaining the dual currency system was a smart move by Government as to have done otherwise would have resulted in a collapse in the economy as we saw back in June 2019 when they did just that. Indeed, back in the winter of 2019, investors may recall that the newly introduced ZWL had finally found some stability until suddenly in August it collapsed for no apparent reason.

We highlighted that the RBZ had redeemed US$366m of Treasury bills for ZWL on behalf of Sakunda, money it had to create. The ZWL moved from ZWL11 to USD1 at the end of August to ZWL20 a month later. Government panicked and introduced restrictions on Bureau de Change, EcoCash and introduced SI212/213 which imposed heavy fines on businesses that linked their prices to a foreign currency unit, but all along it was the creation of ZWL that was the culprit.

Then in June 2020, Government closed the ZSE for a month and suspended dual listed shares indefinitely as it was felt that these were driving speculation and the devaluation in the ZWL. To resolve the problem of a devaluing currency, rising prices and a booming stock market would simply be to cease creating excess money in the first place, since that is the financier behind these symptoms.

As it is, the US Federal Reserve is yet to blame itself for their high inflation preferring to accuse external factors such as the Ukraine War. The Swiss National Bank, on the other hand, may take a different view.

ALSO READ: OPINION | Imara: Could the real Zimbabwe economy be bigger than we think?

John Legat is Chief Executive Imara Asset Management. This is an excerpt from Imara’s May investment notes