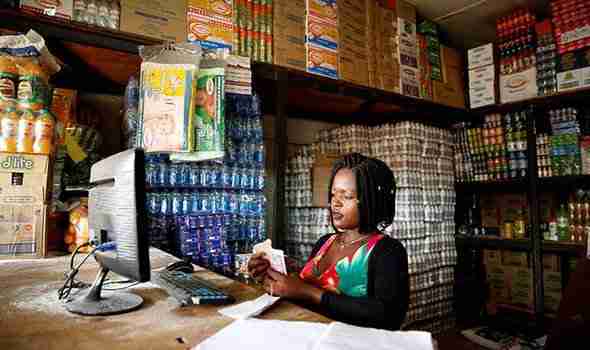 2021 proved to be a strong year for the Zimbabwe economy despite the various COVID-induced lockdowns. 2020 was not a great year, so in part 2021 was a recovery year greatly assisted by the RBZ’s decision to allow the USD to be used for transactions alongside the ZWL back in July 2020.

Good rains in early 2021 led to a bumper maize harvest which fuelled incomes in the farming sector and reduced the need for maize imports. Rising commodity prices coupled with growing mineral output assisted the mining sector, especially in the informal gold sector.

Government’s infrastructure programme, which was largely focused on road rehabilitation and the building of new dams, greatly helped the construction sector. So too has the lack of trust in the banking sector as individuals have chosen to ‘save’ their earnings by buying bricks and mortar rather than investing into low-yielding bank deposits as a means to protect their savings against rising inflation.

Finally, rising wages in real terms have helped sustain consumer spending and we expect that Government’s policy to pay year-end bonuses in USD will have provided an extra fillip for spending in December.

How big are we?

Attempting to put a number on the growth in the economy is a tough exercise given the large size of the informal economy.

We know at the micro-level how hard it is to understand ZWL hyperinflationary accounts for listed companies and in this regard they remain fairly meaningless for financial analysis. Trying to make head or tail of numbers at the macro level is equally hard, if not more so.

The recently announced budget for 2022 gave an estimate of 7.8% growth for 2021 and the Ministry of Finance is predicting 5.5% for 2022. We have no idea whether those numbers are realistic or not; indeed looking at the underlying growth in volume demand across many sectors in 2021 might suggest that 7.8% is on the low side.

Estimating the actual size of the economy in USD is equally hard. The government’s own numbers put GDP at ZWL3000 billion which at the auction rate is roughly US$30 billion but at the parallel rate would be US$15 billion. This latter number is more in tune with the Annual Debt Bulletin 2020, where the USD estimate was put at US$14.7 billion in that year.

By comparison, Zambia’s economy using IMF data suggests their economy is US$23 billion.

US$15 billion for Zimbabwe looks low but US$30 billion looks way too high. Including the informal economy, a number somewhere between US$15 billion and US$20 billion is probably closer to the mark. This is especially the case with increasing dollarisation within the economy driven by both the private and public sectors.

Consumption should be buoyant in 2022 assuming of course no more lockdowns. Real wages have been rising since the lows of 2017/18 which has helped. So too has the growing informal economy.

Despite the various lockdowns in 2021, most businesses save for those in the formal retail and hospitality sectors, did remarkably well thanks to growing demand. We see no reason why that should not also be the case in 2022 especially with further economic growth forecast. 2020 was a very difficult year, especially the first half, so 2021 witnessed strong year-on-year growth.

We, therefore, expect a relatively buoyant fourth quarter and annual reporting season that should start in February this year although we may see some earlier quarterly updates sooner than that.

John Legat is CEO of Imara Asset Management, one of the country’s biggest fund managers. This article is an extract from Imara’s quarterly investment notes.