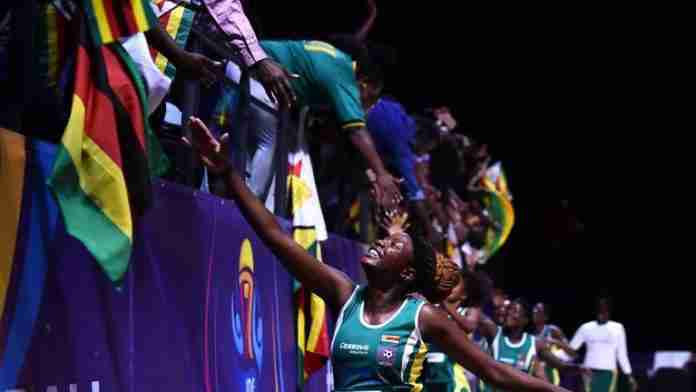 Back in May, the Gems returned to Harare on a wet and cold Sunday evening. They were coming from a Tri-Nations tournament in Malawi. They gave each other no long gestures of goodbye; only brief nods and handshakes. This was odd for a first time observer such as myself.

I asked one of the players why a team that had travelled and battled together in foreign territory was so affectionless towards one another. She said: “Business never stops, we will be back sooner than we settle at our homes.”

Sure enough, 13 days later, the Gems were back in camp preparing for the World Cup qualifiers scheduled for August 2022 in South Africa. The continent’s best would compete for only three spots for World Cup advancement.

Many Gems players arrived at camp close to the 5pm deadline on a Saturday; some still panting from afternoon games played at their respective clubs in the local Premier Netball League. I watched astonished and sympathetic at ladies hastily dragging luggage into the gate at 4:59pm. The coach said to me again, assuredly, “business never stops!”.

I had been following the Gems for a few weeks by then, and I started to get it. Initially, I meant to do a documentary called Expectations on the squad and leave the sport. Gathering more insight, I realised the economic potential of the game at the level the Gems were scratching towards. It was enough persuasion to stick around, abruptly halting production on an Introspect TV series that showcases our economy to a global audience on CNBC Africa. Netball was proving to be just as compelling a story!

The Gems’ calendar is dictated by business; more precisely, by huge investments being made by big businesses which are sponsoring tournaments.

Multinational companies are investing in international netball, such as Nissan, SunCorp, Vitality, and LJ Hooker to mention a few. In October, Hancock Prospecting, a mining behemoth, put forward an investment of US$15 million over four years for Netball Australia.

The action on the court is being driven by these investments. As the sport grows more popular worldwide, smart enterprises are staking their claim by buying into the netball calendar.

It is evidence of diligence that Zimbabwe is becoming a fixture included in this highly selective calendar. The Zimbabwe Netball Association is doing a lot of things right. The Gems are just breaking into an elite class of nations invited to tournaments that mark the international netball calendar.

The global demand and reach of netball may make it hard for local companies to compete immediately at that level. Only a handful of our biggest companies can claim dates, let alone the coveted September to October window to host a tournament with the likes of England, South Africa, Jamaica or Australia. Multinational companies spend as much as US$2 million just to host an event during this window, and that figure keeps going up. These tournaments are securing broadcast deals with premium platforms Fox, Sky and Supersport that want to carry the sport; therefore sponsors get wide reach and visibility.

However, practical opportunity arises for more local companies at these events through the Gems getting invitations. For instance, an insurance company that caters to a diaspora market, has taken that opportunity sponsoring the Gems at next week’s Diamond Challenge, where our ladies will take on South Africa and Scotland.

This is a focus that the Zimbabwe Netball Association can expand on through a partnership with ZimTrade that we are mediating.

Sport is the most pervasive conduit for countries to reach their desired export markets. Accordingly, institutions such as ZimTrade could perhaps influence the notion, already common in other countries, that products and services are often delivered as secondary packages to cultural receptiveness.

Zimbabwe Parks and Wildlife Authority grasps this understanding as it has partnered with the Gems to brandish some of the nation’s tourist spots. Likewise, Zimbabwe Monuments and National Archives has appeared in a Gems Weekly digital series with the Gems touring it’s museums and archives to be published for a global audience to observe.

It does not necessarily mean exporters can be the only partners. Companies such as DripTech have benefitted from the daily exposure of citizens seeing a DripTech-labeled bus ferrying the Gems across the city.

It is in the interest of local companies for the sport to get institutional capacity building. These could be through financing with the gym and trainers who get the athletes at world class fitness and shape. Netball is becoming one of the most fitness-sophisticated sports, with countries such as South Africa playing with heart rate scales to pace their game strategy.

The Zimbabwe Netball Association has now begun to make it clear where exactly it requires capacity building to ensure sustained development of the sport, at global benchmarks. It has become a viable partner to companies and brands, because it is direct in pointing out where it requires investment, and how companies and brands can derive value in this emerging sport! This has been my experience with the Zimbabwe Netball Association.

Beyond the impending need to finish the Expectations documentary before year-end, I have shifted to focus on a netball academy. A number of investors and supporting stakeholders have come together to start what will be called Kurera or Nurture Academy. There is local and international representation within both groups. The very same capacity building that has proven to be effective at the Gems in recent months is needed at feeder institutions like an academy.

The mission of the Kurera Academy is to nurture the best netball players from the ages of 16 to 21. The goal on the court at the academy is to produce players that are capable to make the Gems U21 and Senior teams, as well as local or international clubs.

A non-negotiable requirement for entry into the academy is that athletes should have passed O’ levels. The academy has the responsibility of producing athletes who are academically capable of pursuing further education past the conventional standard of 21 years of age, assuming they choose so, or that they cannot make it to the highest levels of the sport. Incorporated into the academy’s programs is to offer extensive development into related careers in netball such as administration, business development and marketing, broadcasting, digital skills, sports medicine and physiotherapy. More details about the Kurera/Nurture Academy will emerge in weeks to come…or in a produced series chronicling the project. 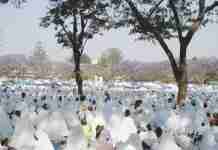 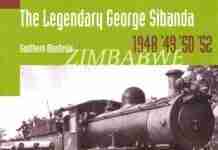