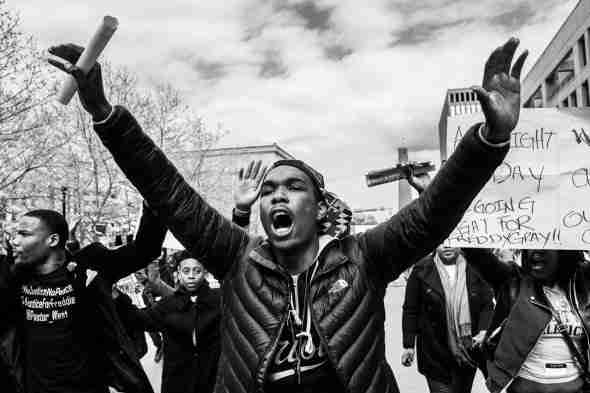 Recent demonstrations in the United States of America (USA) against racial inequality and police brutality have led to some surprising developments in Zimbabwe’s placement in international relations.

In what we, in Zimbabwe, would have assumed would be accusations against the “usual suspects” of aggression and interference in the domestic affairs of the USA, the national security advisor to President Donald Trump, Robert O’Brien, pulled a cat out of the hat.

To the great astonishment of many who would follow Zimbabwean political developments, he referred to our country as an “adversary” of his country.  All in the same sentence as China, and on live television.

He said the following: “I’ve seen a number of tweets from the Chinese today that are taking pleasure and solace in what they are seeing here. I want to tell our foreign adversaries, whether it’s a Zimbabwe or a China, that the difference between us and you is that that officer who killed George Floyd, he’ll be investigated, prosecuted, and he’ll receive a fair trial.”

The Zimbabwean government, through its Ministry of Foreign Affairs, responded by firstly denying any role in the anti-police brutality demonstrations that are occurring in the USA, and also summoning, as would be diplomatic protocol, the latter’s ambassador to Zimbabwe in Harare for an explanation.

Soon after the formal meeting in Harare, the resident American ambassador, Brian Nichols, issued a statement in which, while acknowledging his own African American heritage, essentially emphasised by implication, and in not so many words, a dictum of American foreign policy; that of exceptionalism.

Outlining how his government will not be denied its right to speak on the fate of peaceful protesters in Zimbabwe, not only in recent times but also in the immediate past, he made clear that his country would continue to “meet the ideals of our founding”. And that it would “change this world for the better”.

The formality of the engagement between Harare and Washington (as represented by the local USA embassy) would make for a local diplomatic tiff.  The only difference is that this particular one did not originate in Harare, but in Washington, after the remarks of US national security advisor, as picked up by the international mainstream media. It was also within the context of the formal statement of the African Union (AU) statement condemning what it called the ‘murder’ of George Floyd.

As a consequence, Zimbabwean social media went agog at the turn of events, either in keeping with the general global apprehension at the violence against black people in America, but mainly in a partisan fashion based on our own local political perceptions about the role and moral worthiness of American foreign policy in our domestic politics.

Those that would be sympathetic to the ruling ZANU-PF establishment attempted a moral high-ground criticism of events in the USA, while those aligned to mainstream opposition politics pointed out in every other way possible the hypocrisy of the former’s social media content.

Both postulations, while expected in our Zimbabwean context, may full well miss the global historicity of the current moment. All for many reasons, but perhaps for now at least two will be easier to outline.

The first being that African American history and the history of the African continent are inextricably intertwined.  Not just because of the crime against humanity that was the Trans-Atlantic slave trade, but more importantly because of how the African American experience in fighting racism gave birth to the Pan Africanism that in turn led to struggles for liberation on the African continent. (Crosscheck W.E Du Bois, George Padmore and Kwame Nkrumah).

So, if there is unfinished business of African American liberation and freedoms in the USA, it is something that cannot be ignored on the African continent, let alone in Zimbabwe. Not by way of preference, but by way of historicity and the emerging contemporary as it represents legacies of the former.

The second reason is that where we want to compare human rights records of African countries versus those of the USA, we would be careful not to be either simplistic or populist, both in relation to the implications of domestic or foreign policies.

And this is perhaps the most difficult part for many Zimbabweans. This is not only because of the high esteem in which they may hold the USA, but also a lack of an objective knowledge of global history and contemporary international relations.

We would still be correct to point out, in the expected fact of the universality of human rights, violations as they occur in our own African countries. Not just because we hold any global superpower in high esteem, but because we believe in these universal democratic values and principles with or without the approval of another country’s gaze.

As a Zimbabwean, I have been to the USA courtesy of the same country’s State Department’s International Visitor’s Leadership Programme (IVLP) in 2010. This was during Barack Obama’s first term as president.  While visiting the latter’s “home” city, Chicago, in my naïve enthusiasm, I wanted to go hang about the “black” neighbourhoods.

I was politely told that it was not “safe” and given a brief summary of drugs and gun violence. I couldn’t argue with that as a guest of the State Department.  After all, I thought I was there to de-mystify and experience the “land of the free”.  I was also astounded to hear of the equivalent of “Native Reserves” for Native American Indians, even if they do not appear to have problems with them.  It is something that still baffles my mind today.

Even my own recent attendance of this year’s Black History Month festivities, at the invitation of the USA embassy in Harare, did not prepare me for the recent diplomatic incident between Harare and Washington.

What I would understand however is that any further fallouts, accusations and counter-accusations do not help either of our countries.

RioZim, Old Mutual spar over US$11 million loans for gold mine