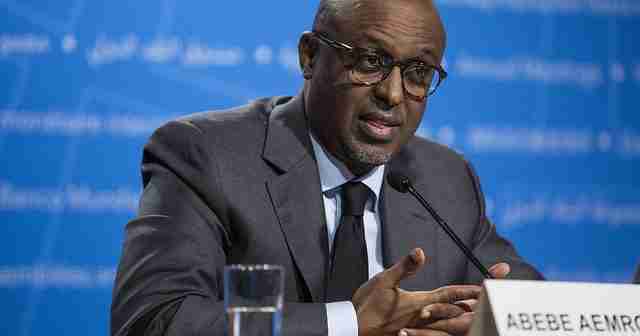 The International Monetary Fund’s Africa head says talks are ongoing with Zimbabwe on technical support for its reform plan but no new financial support is available until the country clears its arrears.

At a press briefing in South Africa on Wednesday addressed by  IMF managing director Christine Lagarde, IMF Africa Director Abe Selassie responded to a question on what the IMF sees as the biggest hurdle to economic recovery in Zimbabwe.

“We are in discussions with the authorities on modalities of how we can support the programme. Since the country still has significant outstanding debt issues, until those are resolved it will be difficult for the IMF to support the reform programme through a financing envelope. But there are other means in which we can support them and we are in active discussions with the authorities,” Selassie said.

In total, foreign debt stands at $7.6 billion with $1.3 billion in arrears, Treasury data shows. To qualify for new credit, Zimbabwe has to clear its arrears first. 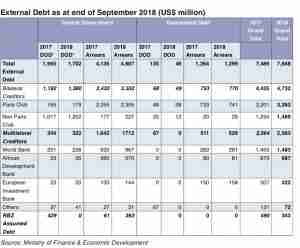 Finance Minister Mthuli Ncube plans to clear the arrears by October 2019. The AfDB and World Bank have preferred creditor status, which means they must be paid first. After settling World Bank and AfDB arrears, Ncube would engage with the Paris Club of creditor countries, to which Zimbabwe owes $3.2 billion.

Last week, IMF spokesman Gerry Rice said Zimbabwe and the Fund were discusing a staff-monitored programme, under which the country would get technical support for its reform plan, but not a financial bailout yet.