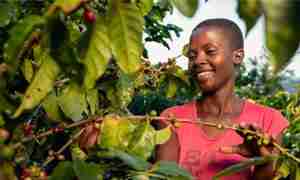 Nespresso, a unit of Nestlé, has announced a long-term investment plan to revive Zimbabwe’s coffee industry.

The company will provide training and technical assistance to 400 smallholder coffee farmers over the next five years, with the goal of increasing the country’s production of quality sustainable coffee.

Zimbabwe’s coffee sector is in danger of disappearing as the result of a sharp decline in production over the past 18 years, after land reform set off a series of economic shocks still affecting many of Zimbabwe’s agricultural industries.

Nespresso expects to buy more than 95% of the high quality coffee production of Zimbabwean smallholders this season. The coffee will be available to global consumers in 2019. Nespresso is already working with farmers for the next harvest, where it expects volumes to increase, marking a potential turning point for Zimbabwe’s coffee producers.

“We are investing in reviving coffee farming in different regions of the world, where adverse conditions have impacted the lives of farmers and their ability to grow and nurture their coffee industries. Zimbabwe has a long history of producing beautiful coffees and we are pleased to be working with farmers through our AAA Sustainable Quality Program to help bring this industry back to life,” says Jean-Marc Duvoisin, CEO of Nespresso.

“We are rebuilding an industry that was disappearing,” Duvoisin said. “They produced a lot of coffee before, so there’s a lot of history. Some people know Zimbabwean coffee but most have never tried it.”

The Zimbabwe capsules will remain a limited edition for now, but the company would consider offering it all-year round if production increased enough, Duvoisin said.

Growers, who produce the milder-tasting, more-expensive arabica coffee variety, probably reaped about 400 to 500 metric tons this season, said Paul Stewart, global coffee director at TechnoServe. That’s down from a peak of 15,000 tons in 1987-88. Output will probably climb to 600 tons in the next few years, Stewart said.

“Many consumers never had the opportunity to taste Zimbabwean coffee,” said Stewart. “As production increases in the future, I expect we will see other companies getting interested in Zimbabwean coffee.”