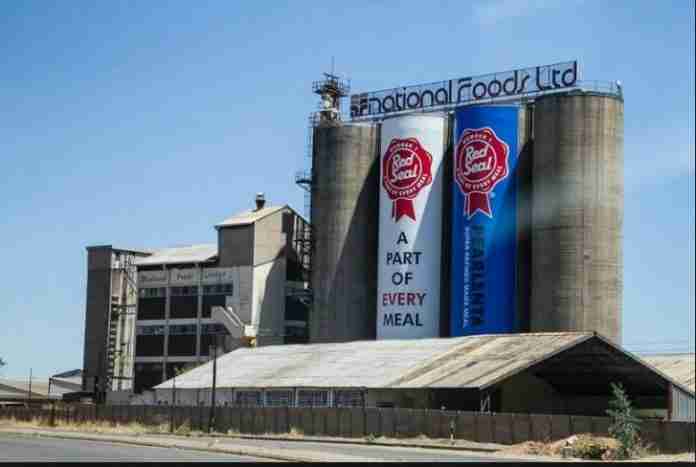 Zimbabwe may have to import maize and brace for higher US dollar prices due to the combined impact of poor rains and the Ukraine war, the country’s biggest food manufacturer says.

National Foods, the leading producer of basic foodstuffs such as maize meal, flour and cooking oil, says a drop in maize output slowed down the growth of volumes in the three months up to March.

“Volume momentum for the third quarter slowed, with an increase of only 3% relative to prior year. This compared to year-on-year volume growth of 24% achieved in quarter 1 and 8% achieved in quarter two,” Natfoods says in an update. “Volumes for the quarter were largely impacted by an expected decline in maize offtake following the excellent 2021-2022 harvest. Excluding Maize, volumes increased by 9% compared to last year.”

Zimbabwe suspended maize imports last year, buoyed by the largest maize harvest in years, but lifted the ban this February. Natfoods says the country may have to import again before the next harvest.

Natfoods had expected to take in lower maize this year after the big harvest last year and the result of more households holding on to their grain.

There are “significant efforts” to increase this year’s wheat output to help offset the impact of sharply higher world wheat prices. Natfoods says it will be affected by the rise in wheat and fertilizer costs on the world markets due to the Russia-Ukraine conflict. These will see prices rising in US dollar terms.

“These increases will see inflationary pressure in US$ terms in many of the categories we participate in during the coming periods, and especially the flour to bread value chain,” the company says.

The company is building a cereal mill in Harare and Bulawayo flour factor, and these projects will be commissioned mid-2022 and early 2023 respectively.

Natfoods said: “Notwithstanding the recent headwinds driven by local inflation and the situation in Ukraine, National Foods remains optimistic on the trajectory of the local economy.”

Grain millers have recently increased the price of flour and maize meal, citing higher costs of local and imported grain.

The government’s first-round crop assessment report says the area put under maize this year was 1% lower than in the 2020/2021 season, and that the crop had been hit by late rains. Seed Co, the country’s biggest seed company, reported a 40% drop in seed sales in the last quarter of last year, pointing to lower harvests ahead.

OPINION | Zimbabwe’s vaccine debate: The trap of arguing on behalf of global...