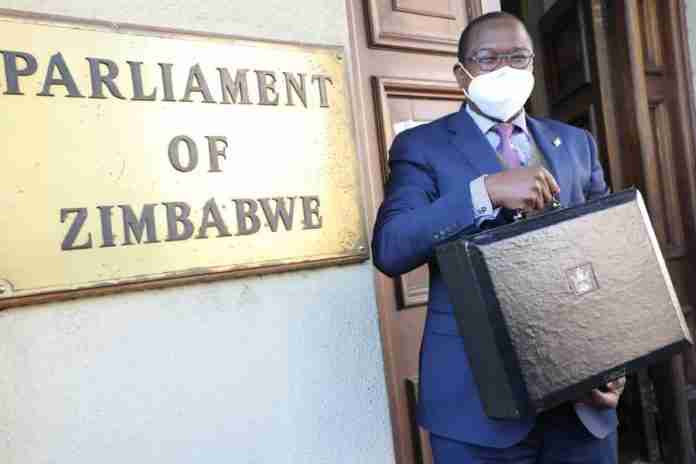 Finance Minister Mthuli Ncube has predicted Zimbabwe’s economy to slow down by 4.5%, but held back from asking for more money in his mid-term review statement Thursday.

His forecast means he believes the economy will do worse than the 3% decline he initially predicted. However, it is still more optimistic than the predictions of the World Bank, the African Development Bank and the IMF, who see the economy falling by as much as 10.4% this year.

According to Ncube, “the impact of the pandemic (on Zimbabwe) is lower commodity demand and prices, reduced tourist arrivals due to travel restrictions, currency volatility, high inflation”.

There was no supplementary budget, as ministries had still not spent over half of their budgets, he said. By June, Ministries had spent 46% of their votes, leaving 54% unused. The government would have to “operate till the end of the year” with what it has, as it reallocates funds to COVID-19 and other essential spending.

“This position enables us to avoid tabling a supplementary budget, given our current levels of spending,” Ncube said.

This may be a signal, an optimistic one, by Ncube that he believes he will be able to slow down inflation. Despite rising inflation, he may be gambling that he can get through the year without spending more than he budgeted for.

However, rising inflation makes it harder to budget, and this may also have convinced Ncube not to ask for more money but to settle for spending only what he collects going forward.

He said: “Treasury will be dealing with arising expenditure pressures as we consolidate our fiscal position during the remainder of the year, taking account of revenue performance against inescapable reprioritised expenditures.” 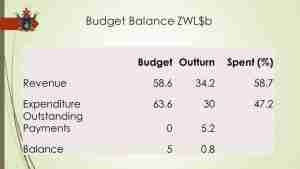 Here is what you need to know about the tax measures announced.

Tax free threshold up, but…

Previously, the Government increased the tax-free threshold to ZW$2,000 per month.

Seeing as “prevailing market conditions have necessitated further review of employee salaries and wages,” Ncube said, the tax-free threshold has been increased further from ZWL$2 000 to ZWL$5 000 per month.

However, this may not have a major impact due to the inflation since the last adjustment. For example, according to Zimstat, a family of five needed Z$8,484.00 just to afford the basics in May.

In 2018, Ncube introduced the 2% on all electronic transactions. However, this did not include any forex transactions – until now. From August, if you pay for something in forex, electronically, there will be a 2% charge.

Many US dollar transactions are currently cash-based. As many transactions moved to forex, the amount of money government has been earning from the 2%, which helped Mthuli close the deficit last year, has also slowed. Income from this tax was slightly below the target in the period by ZWL$74 million, with collections amounting to ZWL$976.9 billion, against a target of ZWL$1.1 billion.

The preference for foreign currency by “most business has undermined the revenue generating capacity for IMTT”, says Ncube.

Companies will have to produce customer sales receipts showing USD trades, which are currently not provided for under the law. Retailers will now have to configure fiscal devices to capture all transactions in the currency of trade and also produce invoices in the currency used.

The 2% tax will be felt in the pockets of consumers.

Health workers will not pay tax on their COVID-19 Risk Allowances for 12 months, starting from 1 April 2020. This was already announced when President Emmerson Mnangagwa presented his Z$18 billion bailout package on May 1.

Nurses and doctors have gone on strike, demanding US dollar salaries. On Monday, specialists also gave a two-week ultimatum to the government to pay them in US dollars.

Companies that make donations to medical facilities owned by the government, councils or religious organisations now get tax deductions of up to the equivalent of US$100 000. To qualify, a donor would have bought equipment or drugs for these facilities, or funded the construction, extension or maintenance of these hospitals.

Foreign tourists, the mainstay of Zimbabwe’s tourism sector, have stayed away due to the COVID-19 crisis. According to the budget, there has been a 90% drop in hotel occupancies and an 80% dip in international air traffic into Zimbabwe.

Tourism facilities have recently reopened, but only for locals. However, high costs have kept locals at bay. Ncube is to exempt accommodation for domestic tourists from VAT for 12 months, starting from this August.