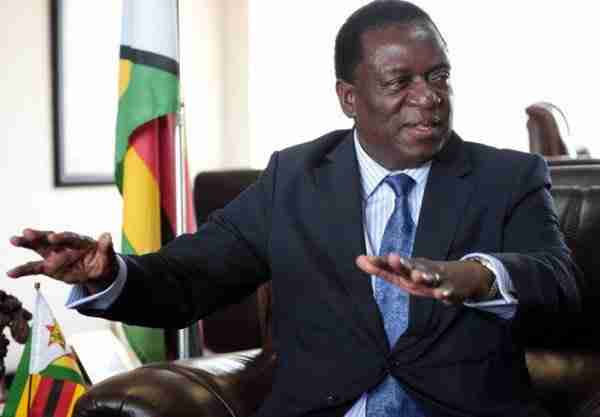 Zimbabwe may have to cut its growth forecast for 2021 to account for the impact of COVID-19 on the economy, President Emmerson Mnangagwa has said.

Government had projected the economy to recover 7.4% in 2021 after a contraction last year, but Mnangagwa said this expectation may no longer be realistic as factors have since changed.

“That figure remains constant if other things remain the same. But it is not possible for things to remain the same. So, the projection is done taking cognisance of the current situation and the possible issues that may affect such a projection, and we felt that could be what was achievable,” Mnangagwa said in an interview with the ZBC which aired on Saturday night.

Finance Minister Mthuli Ncube had based his ambitious 2021 growth targets on an expected recovery in agriculture, mining and improved energy supply.

Mnangagwa said the initial projection had not accounted for new waves of COVID-19.

“But now, with the pandemic, which affects economic activity, you cannot stick to that. We have to revise,” he said.

He however still believes the country will record positive growth this year.

“Things will continuously change depending on the concrete facts on the ground. But, at the end of the day, we are very sure that there is a rebound, because we have corrected the fundamental issues which affect the economy.”

Zimbabwe had taken tough decisions on economic reforms, he said, such as cutting fuel subsidies and dropping some exchange rate controls and reintroducing the local dollar.

“It was necessary to bring measures that were very painful, that made us unpopular”, Mnangagwa said.

The IMF, in its latest Africa economic outlook report, revised its Zimbabwe economic growth target for this year from 4.2% to 3.1%. The Fund also projected that inflation will end the year at 49.4%, much higher than the 3% that it projected in its last forecast, and more than government’s own year-end target of below 10%.

At a press conference on Thursday, IMF’s Africa Director, Abebe Aemro Selassie said recovery in Zimbabwe would be slower than initially expected because of COVID19 and the country’s inability to access foreign credit.

“So, we feel that with the limited fiscal support, with the toll of the pandemic on economies, on peoples’ lives, livelihoods, we feel that the robust, growth recovery this year will be constrained to the order of 3%. But we – this is a point we’d be very happy to be proven wrong on. If growth is higher, we would be very happy,” Selassie said.

According to the IMF, the Zimbabwe economy shrank by 8% last year, less than its initially projected 10.4%.

In its own forecast released in March, the African Development Bank (AfDB) said Zimbabwe’s economy will recover by a “modest” 4.2% in 2021, but this depends on whether Zimbabwe maintains exchange rate stability and controls money supply growth. The World Bank last year projected economic growth of 2.9% in 2021.