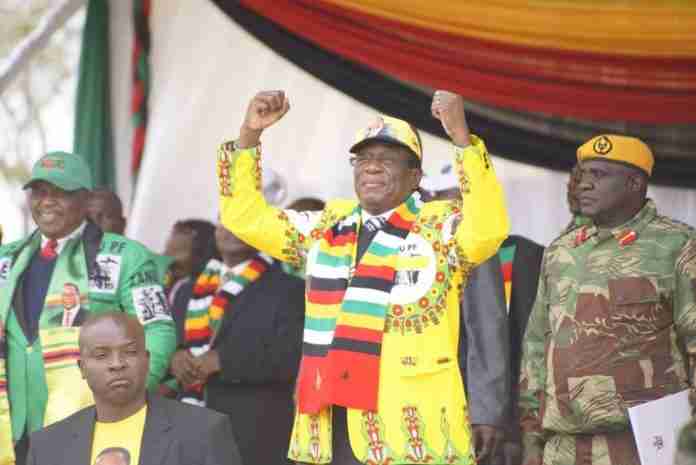 Mnangagwa won 50.8 percent of the vote, narrowly avoiding a run-off.

Mnangagwa’s win was immediately rejected by the opposition, and has been blighted by Wednesday’s post-election violence that left six people dead. Morgen Komichi, MDC Alliance chairman, appeared at the press conference to claim that the results were “fake” and had not been signed off by election agents.

Mnangagwa’s win looked inevitable earlier in the week after Mnangagwa’s ZANU-PF won a two-thirds majority in Parliament after sweeping much of the rural vote. ZANU-PF won 145 of the 210 available National Assembly seats.

Hours ahead of the results declaration, Chamisa told reporters that his supporters would not accept any result in which he was not declared the winner. “The people will reject any manipulated result. There is no way ED beat NC,” he said.

Chamisa suggested he would call his supporters onto the street to protest, raising further worry over instability. He said he was reluctant to challenge the result in court, suggesting the courts were biased. “When you go into the court you are going into the lion’s den. We are not about to be a meal for lions,” he said.

The 2018 election were a major test for the Zimbabwe government’s efforts to re-engage with the world and secure economic aid and investment.

On Thursday morning, the Commonwealth observer mission led by former Ghanaian president John Mahama said its final election report will be submitted to the Commonwealth which would decide on Zimbabwe’s plea for readmission to the club of former British colonies.

Mahama, however, slammed the government for excessive use of force and the opposition for the outbreak of violence. He said the progress made by Zimbabwe in the post-Mugabe period, which saw a peaceful election campaign, could be undermined if political parties and their supporters do not remain peaceful and respect the rule of law.

Earlier, an observer team from the European Union, whose approval may be key to Zimbabwe’s economy, said the election environment had been “uneven”, saying a remaining key measure for the credibility of the poll would be how ZEC tabulates final results.

The EU observer mission wants ZEC to release a full tally of Presidential votes and to ensure each vote is traceable back to every polling station. Announcing the results, ZEC chair Priscilla Chigumba said the results would be provided to candidates within the next two days.

The head of the delegation of the European Parliament, Manuel Neuser, said elections were only one step in Zimbabwe’s rehabilitation.

“These elections are a crucial step — but only a step — in Zimbabwe’s reform process. Elections are not an end in themselves, but an important part of a process of change. People have high hopes for the future and, regardless of who wins, it is the duty of political leaders to work to improve the lives of all citizens.”

While the EU seems to have left the door open, whatever the outcome, the US has been tougher on Zimbabwe. US Congresswoman Karen Bass, part of the joint International Republican Institute (IRI) and National Democratic Institute (NDI) observer team, confirmed that Donald Trump is likely to sign a bill renewing a sanctions law on Zimbabwe. Johnny Carson, part of the group, also said the elections had “fallen short of the mark”.

However, African observer missions have endorsed Monday’s elections as complying with regional standards, but urged more reforms to end suspicion and improve transparency.
Four observer teams – the SADC Election Observer Mission, the AU Observer Mission, Comesa and the SADC Parliamentary Forum – said on Wednesday that the polls had showed improvement from previous elections.

OPINION | How our councils are retrieving old by-laws to make up for old...