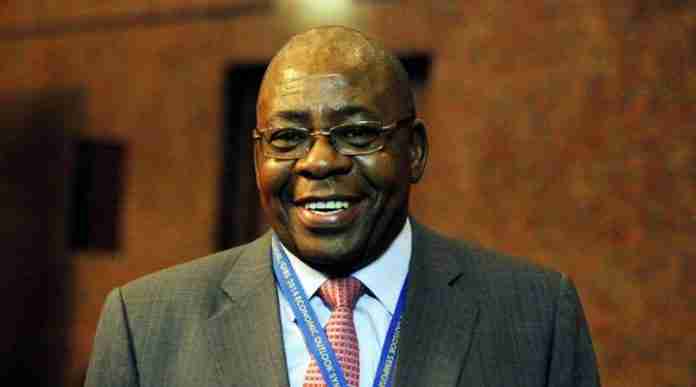 America must lift sanctions on Zimbabwe, as they are damaging private companies, but President Emmerson Mnangagwa’s government must in turn “put its house in order” on governance and economic management, leading business executive Joe Mutizwa has told US senators.

Mutizwa, former Delta CEO and the current chair of the ZSE Listed Companies Forum, which represents over 60 listed firms, is appearing Thursday before the US Senate Foreign Relations Committee on Africa.

Mutizwa said President Mnangagwa’s government has had to take unpopular decisions in the name of reform, but may be pressured into returning to what he described as the “ruinous populist policies of the Mugabe era” if international support remains elusive and sanctions remain.

“It is not inconceivable that if the present government fails to secure support from the international financial institutions despite its commitment to reform it may, in frustration, revert to populism catastrophic consequences for a country with so much promise,” says Mutizwa.

Ahead of July elections, US lawmakers approved new amendments to the Zimbabwe Democracy and Economic Recovery Act (ZIDERA), America’s sanctions law on Zimbabwe. President Trump signed the new ZIDERA into law just days after the election.

According to Mutizwa, the measures have prevented private companies from accessing affordable credit on the world capital markers, stunting their growth.

“USA financial institutions are not at liberty to provide well-structured financial support against Zimbabwe’s minerals – gold, platinum, cobalt, lithium, etc – due to OFAC compliance rules. The same for banks in Europe due to compliance, reputation and association risks. As a result of the impact of ZIDERA on the financial sector, the Zimbabwe banks have lost more than 100 corresponding banking relationships over the past 10 years,” says Mutizwa.

“Due to the above, the private sector in Zimbabwe finds it very difficult to access affordable external financing to retool and modernize plant and equipment and access technology.”

As long as sanctions remain, he said, Zimbabwe will drift more towards China and Eastern European economies, such as Belarus, and will be pushed to “embrace investors of questionable credentials”.

Mnangagwa, says Mutizwa, comes across as having “sufficient conviction and resolve to rebuild Zimbabwe”. However, while calling for sanctions to end, Mutizwa also says Mnangagwa’s government must in turn “put its house in order through better governance and economic management”.

Mutizwa criticises government for getting the “sequencing” of its reforms wrong. The ruling elite needed to take the pain first, before taxing already poor citizens.

“The implementation of taxation measures ahead of government expenditure cuts was very badly received by an already overtaxed population that wanted to see the benefits of the privileged elites in the public sector reduced first before new taxes were imposed. The private sector understands the need for Government to create fiscal space through taxation if it is to curtail printing of money. However the sequencing of the measures could have been handled better.”

Government has not done enough to cut the size of the civil service, especially around senior posts. The 5% salary cut that senior officials took is not enough, as public needs “to see more sacrifices borne by top government leaders than is currently the case. This is necessary so as to make the hardships endured by the ordinary citizen more bearable”.

“The private sector views both private sector and public sector corruption as cancers that need to vigorously attacked otherwise they will frustrate economic reform efforts.”

Current reforms are necessary, he says, but “will cause significant pain on the intended beneficiaries – the citizens – at least in the short to medium term”. Some companies will go under as disposable incomes plunge and interest rates rise.

He adds: “There is no doubt that in the short term, 12-18 months, the reforms will cause a great deal of hardships among Zimbabwean citizens, particularly the vulnerable.”

In September, Finance Minister Mthuli Ncube said Zimbabwe needed a “fiscal shock” to get its economy going, but Mutizwa says a “big bang” approach to economic reforms may have dire “unintended consequences given the fragility of the economy.”

What the country needs, he says, is a gradual and nuanced reform process. This, he suggests, includes any steps on the exchange rate.

There is debate on how to deal with the exchange rate, with some demanding that Government drop the 1:1 currency parity immediately. But Mutizwa appears to favour a more cautious move on that, advising Ncube to first stabilise the budget and build reserves.

“Another view, however, is that currency reforms cannot be undertaken without two major issues being tackled first. These two issues are; the need for fiscal discipline on the part of government, and the need to have in place a Foreign Currency Stabilization Fund to stabilize any domestic currency which may be introduced as part of the currency reforms.”