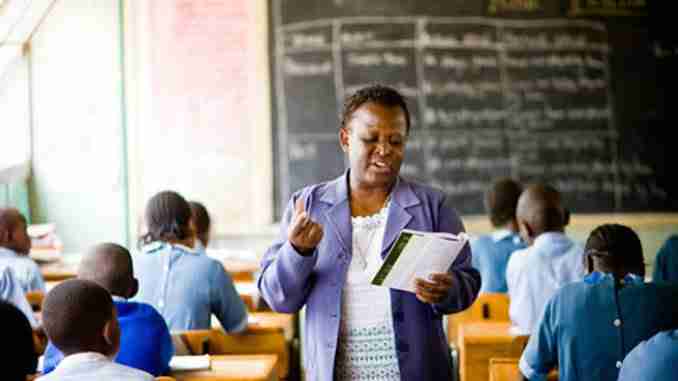 Government has announced a 20% pay hike plus US$100 for its workers, hoping to end a teachers’ strike that disrupted the opening of schools this week.

Finance Minister Mthuli Ncube said late on Tuesday that government would pay each worker 20% more in Zimdollars, but also pay them US$100 per month. This will add to the US$75 COVID-19 allowance that government started paying out last year.

“This will be done through the conversion of a corresponding Zimbabwe dollar salary amount into hard currency, bringing the foreign currency amount to USD175,” Ncube said in a statement.

Part of a worker’s Zimdollar salary will now be converted, at the official exchange rate, to the US$100.

An extra incentive is that teachers can now import cars duty-free, although they cannot on-sell them for three years. Government will now also pay school fees for three biological children, for up to Z$20 000 per child each term, and introduce a housing scheme.

However, this latest government offer does not match teachers’ demands. Ahead of meetings with government on Tuesday, the Zimbabwe Teachers’ Association (ZIMTA), the biggest teachers’ union, had demanded US$671 for the lowest paid teacher.

Teachers have refused to negotiate for Zimbabwe dollar salaries and instead demanded US dollars, used widely in the dominant informal economy.

Sifiso Ndlovu, head of ZIMTA, said government had offered what he called the “hybrid salary package”.

Civil servants argue that government must restore the salaries they were earning before government removed the 1:1 currency peg to the US dollar in 2018. But Public Service and Labour Minister Paul Mavima says government cannot afford those wages.

ZIMTA says teachers have not turned up for work because they cannot afford the commute to school.

“There is nobody benefitting from the current tiff,” Ndlovu said on Tuesday.

According to the Apex Council, which represents civil servants, the least paid government worker currently gets Z$18 000 per month. This is about US$152 at the official forex market but under US$80 on the more widely used black market rate.

According to Zimstat price data for January, one person needs about Z$8,496 per month just to afford the basics and stay above poverty.

The new salaries mean Ncube has to dig deeper into his 2022 budget. In his 2022 budget statement, Ncube had pointed to how his fiscal measures had cut the percentage of wages to government expenditure to 31% from around 60% around 2013.