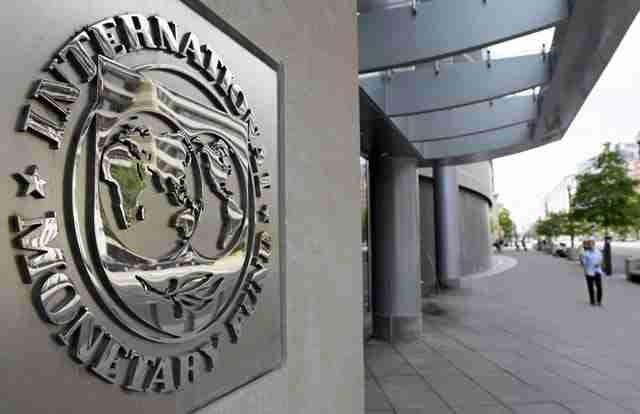 An IMF team is in Zimbabwe to begin the first review of the Staff Monitored Programme (SMP), as the Fund presses for quicker progress on market reforms.

Gerry Rice, IMF spokesman, said the Fund expects to see Zimbabwe opening up the financial markets, pushing ahead with privatisation and cleaning up the budget.

“It’s of course with the IMF; first and foremost restore macro and financial stability, so we think that will require a fiscal adjustment, adoption of reforms to allow the effective functioning of market-based foreign exchange and debt markets, structural reforms, including to reform and privatize state-owned enterprises, enhance governance including in procurement, and revenue administration, and generally improve the business environment,” Rice told reporters in Washington on Thursday.

The reforms, he said, should come with safety nets for the poor.

“We also are advising important safeguards to protect the country’s most vulnerable people which, you know, was a big part of your question.“

In April, Zimbabwe agreed an SMP with the IMF, under which the Fund will monitor implementation of the country’s own economic reform plan, the Transitional Stabilisation Programme, until January 2020. Zimbabwe is hoping that a successful SMP will be one step towards mending broken relations with large creditors.

While Zimbabwe has cleared its arrears with the IMF, there is no prospect of new funding until it pays off debts to the World Bank, the African Development Bank and other lenders.

“We would need some financing assurances as we always do in our programs from other official bilateral creditors, and what I just said and what you asked, agreeing on a coherent set of economic policies that we think would put the country back on the path of macro stability and lay the foundation for growth.

So that’s the discussion that’s going to be at the heart of this staff visit that’s ongoing right now. And we’re trying to be supportive, we want to be supportive and we’re pushing in that direction,” Rice said.

Asked by a reporter if the IMF expects Zimbabwe to pass a “human rights law” to include other parties in government, Rice said: “As you know, the Fund is focused on the economics so, you know, it might a question addressed to some of the bilateral creditors”.

Emerging from Mnangagwa’s briefing with the IMF, Ncube said it was too early to disclose what was said in the IMF team’s meeting, but that he believed Zimbabwe remained on course.

“This shows we are committed to the reform agenda for Zimbabwe, both economic and non-economic reforms so that we make sure we can put the economy back on the path of growth and one expects that major macro-economic decisions are made and we put them behind us and focus on jobs,” Ncube said.

This year, Ncube has made some progress on fixing the long-standing budget deficit. He has also floated the currency, although criticis say controls remain and that the currency measures have flared up inflation. Ncube has also started rebuilding the debt markets.

Under a World Bank programme, Zimbabwe is overhauling its procument systems, including enactment of new laws such as the Public Procurement and Disposal of Public Assets, and reforms under the Procurement Regulatory Authority of Zimbabwe, which replaced the State Procurement Board.

However, there has not been much progress on other key steps, including on privatisation and the promised political and legal reforms.

Privatisation of state enterprises has virtually stalled, despite an early flurry of calls to interested investors in state enterprises. Legislative reforms have also lagged; a new investment promotion bill is currently going through Parliament.

At the World Economic Forum, Mnangagwa responded to growing criticism of slow progress on reforms under his government, telling Bloomberg TV that the country had to move cautiously to make sure all legal steps are taken, lest these “haunt us” in future.

Zimbabwe’s vaccine procurement: what we know so far