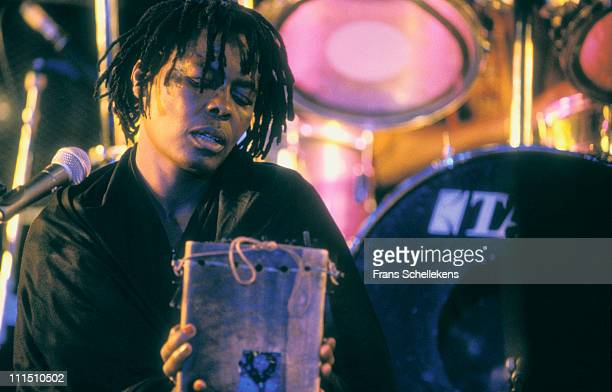 My first memory of Stella Chiweshe was on a small Supersonic transistor radio powered by an Eveready PM9 battery. Yes, that black battery with the silver lines.

This may sound like Greek to many, but that is in line with the topic. There are many for whom the music of Ambuya Stella was otherworldly. Even for Stella Chiweshe herself, her journey into the mbira is replete with spiritual references.

Back to the Supersonic radio. I was sitting in my grandmother’s kitchen listening to the Kwaziso/Ukubingelelana greetings show that was the national WhatsApp group of its time.

Someone requested a song from Stella Chiweshe and the announcer gleefully – it was clear he had been looking for an excuse to play the song – dropped “Chava Chimurenga.”

I never ever saw my grandmother dance (God bless her soul). But, on that day, she came very very close. She moved and said, “Ah, Stella Chiweshe agara anogona ka uyu” (Stella Chiweshe has always been good). That was the one and only time I ever spoke music with her.

I lie. It was one of two times. The other time was when Urban Grooves started hitting the airwaves. She watched one artiste hopping around and doing the hip-hop things, shook her grey-haired head and said: “Hadzisi mbanje here idzi?” (Is he on weed?)

Back to Kwaziso, as Chava Chimurenga and its frenetic marimba-driven beats hit the room, it was clear that a legendary track had been unleashed. The irony of Chava Chimurenga is that it is probably her best-known song, and yet it is the one on which she does not get to play the mbira at all.

No matter, the beat is alive. Her voice is pitched to perfection and the adlibs she throws in the middle of the song give it an impromptu feel.  It feels like a jam session that grew into a song, and it is delightful.

She spent nearly half a decade in the later 1960s learning to play the instrument in Mhondoro.

It is recorded that she learnt two songs on the mbira. One of them was called Mahororo. The first time I heard of Mahororo was in Mhondoro. Mahororo exists today, as a small business centre in Mhondoro. Many people there may never know their home area’s part in the story of this icon of female musical emancipation. Ambuya Stella later did an hour-long performance of Mahororo in which she experimented with new sounds and techniques as she went beyond merely picking up the instrument and playing it.

She released her first single, Kasahwa, in 1974 and never looked back. She would go on to form The Earthquake Band in 1979. In naming her band, she lived up to a grand Zimbabwean tradition of fantastic band names.

She also joined another female icon, Susan Mapfumo, in creating and leading a band at a time when this was heavy male territory.

Stella Chiweshe bestrode the global mbira scene like the queen that she was. The only other artiste who came even close to creating the same levels of global mbira recognition was the late Chiwoniso Maraire, whose mbira heritage was established by one of Ambuya Chiweshe’s peers, Dumisani Maraire. Locally, the likes of Beullar Dyoko and Mbuya Madhuve played their part in popularising an instrument that had been interestingly maligned by churches and so-called modernists alike. The power of the mbira as a spiritual instrument is probably enhanced even more by the way it has been treated by its critics.

The future of the mbira is safe in the hands of modern artistes. The likes of Hope Masike, Jah Prayzah, Vee Mhofu and others have taken the mbira into more experimental spaces. They continue to place the instrument into more and more contemporary settings, bringing it to new audiences, much like Stella Chiweshe did before her.

One of the major promoters of the mbira is Clive Mono Mukundu, a renowned multi-instrumentalist and producer who would be involved in what would be Stella Chiweshe’s only social media tiff.

When the statue of Mbuya Nehanda was unveiled in Harare, Stella Chiweshe – who once played the role of Nehanda in a feature film – was invited to perform. She did. She performed the deeply spiritual Pasi Panemhanda. After the show, Takakunda Mukundu, a young and budding guitarist who is making a major name for himself, created a video where he played along to Chiweshe’s performance. He has done this many times before, but Ambuya would have none of it.

She went ballistic and released a statement condemning the video. The young man was dragged on social media, until Mono, his father, stepped in to defend his son’s art. The matter escalated till the National Arts Council and other intermediaries got involved. All ended peacefully eventually.

The incident was unsavoury, but it perhaps highlighted Stella Chiweshe’s fierce determination to protect what she always viewed as a sacred art and purity of mbira playing.

She later said of the performance and the controversy that followed: “I got a call a night before the launch that I was to perform at the unveiling ceremony. So I picked that song because it is a song for VaGova (people of the Shava totem). We’re descendants of the Nyashanu lineage. I also heard the song in 1962 on the day that (nationalist) Dr Samuel Parirenyatwa died. I would not expect children of today to know this ancient song (or) to understand the song. That song was spiritual and meant for VaCharwe and I sang it for her.”

She will be remembered as a pioneer in her field, ripping through the heat of patriarchal traditions like only the best of earthquakes can do. She did more to bring the mbira to global acceptance and appreciation than many have ever managed to do and she even made my strict grandma shake her ageing bones.

On what is probably her most viewed video – the one where she is on stage with her band and playing Chave Chimurenga – she dances spiritedly, then says a few words at the end of the song, before picking up a walking stick and hobbling off the stage like a frail grandmother in stark contrast to the high energy she exhibits moments earlier.

The words could have been her last. She stands close to the microphone and says: “Zvakanaka! Toisiira ipapo!” (That’s it. We leave it here!)

ALSO READ | The calling of Stella Chiweshe, the story Zimbabwe’s mbira maestro of the ages

TAKING STOCK: Here’s what Govt has spent on key infrastructure projects this year