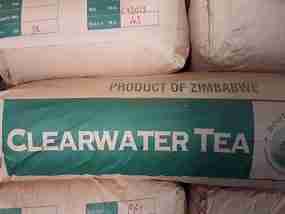 Ariston grew more tea in the quarter to June than it did in the same period last year, but a global glut in supply hit export sales while local sales improved.

Global demand for macadamia was however firm, allowing the company to sell its entire macadamia crop. Sales of macadamia, fruit, poultry and maize are in line with production levels, Ariston says in an update released Monday.

“Tea production volumes had surpassed the volumes achieved for the comparative period in 2018 and 2019,” Ariston reports.

“A record global tea production, coupled with a glut in sales, negatively affected export tea sales. Consequently, the Group has large tea stocks. Local tea sales have improved as a result of improved marketing strategies on the local market.

Although there was a drop in overall macadamia yields in the current year compared to the previous two comparative periods, improvement in quality resulted in improved selling prices.

The fruit category comprising of bananas, pome fruit and stone fruit showed a decline against the 2019 comparative period arising from lower banana production which declined from 924 tons in 2019 to 661 tons in 2020.

There was a fall in the poultry division, a sign of weakening consumer consumption and impact of the lockdown, which began at the end of March.

“(Poultry) declining production volumes are indicative of the disposable income constraints and the impact of the national lockdown in response to COVID-19 in current year which have reduced customer purchases necessitating reductions in placements in response to anticipated demand,” says Ariston.

Ahead of the start of the next cropping season, all Ariston factories are going into shutdown for repairs and maintenance while lands and orchards are prepared for the next season.

Ariston produces tea from Southdown and Roscommon Estates. The company’s Claremont Estate in Nyanga grows potatoes, apples, passion and stone fruits. Macadamia nuts are grown at Clearwater Estate in Chipinge, which is also an avocado grower.

Zimbabwe to order importers to declare source of their forex – Govt