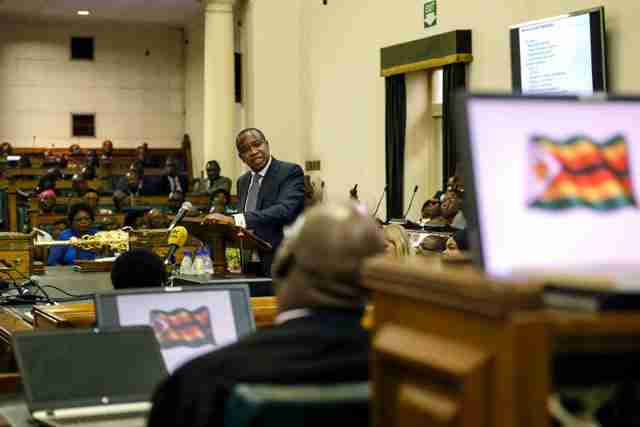 Finance Minister Mthuli Ncube wants Parliament to authorise over Z$107 billion in unauthorised spending, but is not saying how the money was spent.

A minister goes to Parliament to seek “condonation” when government has spent more money than Parliament had approved in the budget.

“Under Section 307 of the Constitution, where more money than was approved by Parliament has been spent by the government, or where the expense was not budgeted for altogether, the finance minister is required to seek Parliament’s condonation for the unauthorised expenditure,” says the Bill, gazetted Friday.

However, the law says this condonation must be sought not more than 60 days after the unauthorised expenditure has been established.

The extra spending to be condoned is worth the equivalent of US$329 million at official rates and close to US$200 million by some parallel market rates.

This is not the first time that Ncube has gone to Parliament to seek approval for off-budget spending. In November 2019, he gazetted a similar Bill seeking approval for four years’ worth of unauthorised spending amounting to the equivalent of US$9.7 billion.

The 2019 Bill was withdrawn before being debated due to drafting errors, and was described by legal watchdog Veritas as “carelessly put together”. It was taken back to the Attorney-General and, years later, is still to be passed.

That earlier condonation Bill showed a breakdown of how that extra money had been allocated to different ministries and departments. In this 2022 Bill, however, Ncube says the extra spending was all by the Ministry of Finance. There is no breakdown of allocations.

The 2019 Bill was not the first in recent times. In 2009, the then Minister of Finance Tendai Biti tabled a Financial Adjustments Bill to seek Parliament’s forgiveness for unauthorised expenditure by various government ministries since 2006.

While the Bill itself does not show details of the excess spending, clues on the amounts are found in the Auditor-General’s reports, which urged the Minister to seek Parliamentary approval.

“This exceeded the approved budget of Z$580 655 000 in contravention of Section 305 (5) of the Constitution of Zimbabwe.”  Treasury as the manager of the public purse did not adhere to legal provisions on the sanctioning of excess expenditure by Parliament,” the report said.

“However, Ministry of Finance transferred to line Ministries a total of z$102 085 420 418, resulting in unauthorized excess transfers of Z$100 690 788 418.  The excess expenditure is still to be condoned by Parliament in terms of Section 307 of Constitution of Zimbabwe.”

What is this Bill about?

All government spending must be approved by Parliament, save for money used for constitutional and statutory appropriations.

Each year, The Finance Minister must table a budget before Parliament, which details what he estimates to spend and earn through the coming year. If that money falls short, the minister can go back to Parliament for a supplementary budget to get approval for money.

Under Section 307 of the Constitution, if government spends more money than what was approved by the Parliament, or if it spends money that was not approved in the first place, the minister must seek condonation from MPs.

From 2012, Zimbabwe ran budget deficits, the gaps between what government spends and what it earns. This peaked at 11% of GDP in 2017, before narrowing in 2018 as Ncube tightened the purse and started fiscal consolidation.

This year, Ncube expects a budget deficit of 1.5% of GDP. In his budget last year, cautious of fears that he will print money to close that gap, he pledged he would fund that deficit by issuing Government securities, using Zimbabwe’s IMF SDR allocation, and external loans. 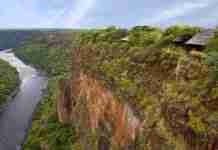 ANALYSIS | Zimbabwe has banned raw chrome exports to push for local processing, yet...