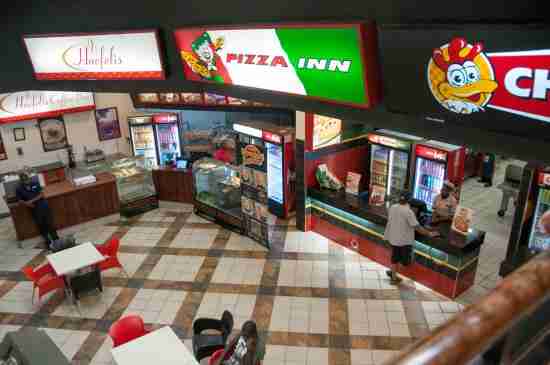 It’s a barometer of the economy, measured in drumsticks, thighs and chips.

The latest financial results of Simbisa Brands, which runs Zimbabwe’s largest fast-food franchises such as Chicken Inn and Nando’s, show that fewer customers are spending money on fast foods, a sign of the collapse in consumer demand amid rising inflation.

Consumer counts at Simbisa dropped 5% in the year to June this year, the company reports in its full year financials.

However, the economy uptown may not be doing as badly as elsewhere, and Simbisa is looking to increase its presence there by acquiring locations and franchises that appeal to the higher-end market.

“Deteriorating economic conditions in Zimbabwe have resulted in erosion of consumer earnings which in turn have negatively impacted our sales volumes and seen a general trend of customer downgrading. High and escalating inflation and foreign currency exchange rates are putting downward pressure on the Gross Profit and Operating margins,” Simbisa says.

“Customer counts dropped 5% year-on-year as a result of the aforementioned pressure on consumers which has dampened consumer spend across the entire Zimbabwe consumer sector.”

In response, Simbisa says it is establishing an “optimal pricing strategy with controlled price adjustments necessary to maintain our margins whilst also keeping our prices competitive and affordable to an increasingly price-sensitive market”.

The company does not see any improvement in spending habits in the short term, saying: “Constrained consumer spending habits and resultant downtrading activity will remain a challenge for the business in FY2020.”

Despite falling customer numbers, the company added 17 outlets over the year, bringing the total number to 209.

Part of Simbisa’s plan to ride out the economic crisis will reflect in its branch rollout strategy, which will now be more targeted at prime sites, while buying up franchises that are favoured by wealthier customers.

To develop a location costs Simbisa between US$100,000 to US$500,000, and the company says it will now be more cautious on where to open new outlets. After a fast paced rollout over recent years, the company will now grow its network through a “controlled rollout of only Grade A sites that will optimise the allocation of limited foreign capital resources and maximise shareholder returns”.

Simbisa’s plan to target the higher end market with the new Nando’s “Casa” casual dining format has been paying off, with the company saying this is “in line with our strategy to grow our casual dining, upper LSM (living standard measure) market segment”. The company plans to acquire other brands in the QSR (quick service restaurant) and casual dining segment “which will appeal to a higher income demographic whilst improving group margins.”

In pursuit of this strategy, Simbisa has acquired the master franchise rights for Rocomamas in Zimbabwe, as well as in Ghana and Zambia, and also the Spur and Ocean Basket franchises in Zimbabwe.

Why did the chicken cross the border?

Zimbabwe accounts for 65% of Simbisa’s revenue. However, Simbisa is now increasing its investment outside the country to grow its other operations; Zimbabwe took up 76% of the company’s capital expenditure in 2018, but now accounts for 59% of capex.

“Continuing to realise our strategy to grow the regions’ contribution to group performance, we invested more heavily in the regional business in FY 2019 compared to prior year,” the company says.

Elsewhere, the biggest risks Simbisa is facing is currency fluctuation. In Zambia, the company shut down 10 outlets and the business there was hit by the depreciation of the Kwacha, which fell 29% over the period. The Ghana cedi also dropped 13%.

However, Simbisa’s Kenya operation saw customer counts up 4% on the same-store basis. In Namibia, Simbisa has sold 49% of its business there to a local partner.

Emirates in talks over money stuck in Zimbabwe, but won’t quit route