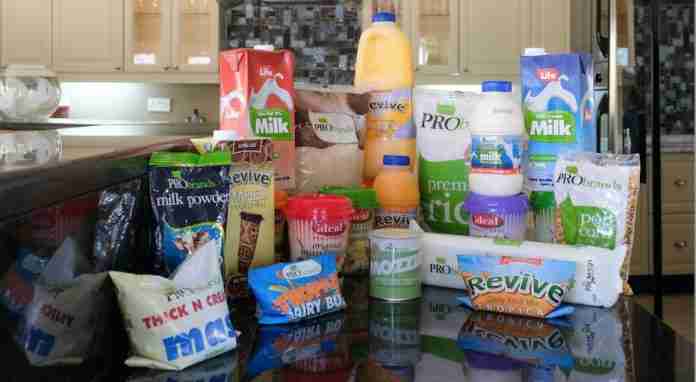 Innscor is one of Zimbabwe’s most dominant companies, running thriving businesses from stockfeed to groceries. But the country’s competition commission is keen on chipping away at part of what it sees as too much “market power”.

In a new ruling, the Competition and Tariff Commission (CTC) says Innscor should sell its shares in Probrands, one of the country’s biggest producers of groceries, and pay a fine of the equivalent of US$9 million for not notifying it of that acquisition.

In 2016, Innscor’s investment vehicle Ashram bought 39.2% stake in Probrands, controlled by Amiata Investments. In 2018, Probrands sold its dairy assets to a new unit, Prodairy, in which Innscor then held 50.1%. The Probrands deal was put to CTC for approval in 2019. The commission says that should have been done before the transaction.

According to CTC, the merger creates unfair competition, seeing as Innscor already controls National Foods, the biggest manufacturer of basic goods in the country.

CTC said that deal “substantially lessened competition by according Probrands/National Foods the ability to exercise market power as a result of the lower competitive constraints between the merging parties. This merger created a single firm with anticompetitive effects as well as substantial market power with long lasting consequences on consumers.”

The transaction must be reversed and Innscor must pay a fine, CTC says.

“In light of the foregoing, it is recommended that the Commission: i) Prohibits the Ashram/Amiata merger and orders Ashram to divest from Amiata forthwith; and ii) imposes a penalty of USD$9,143,597.86 or its equivalence in ZWD at the time of settlement on IAL for consummating the merger without the Commission’s approval.”

Innscor’s innovative investments in the dairy sector are also under scrutiny. Innscor’s Prodairy is one of the big-three dairy companies, accounting for 20% of the country’s raw milk intake.

Innscor has invested heavily to take the competition to rivals Dendairy and Dairibord, the largest player. To do this, Prodairy has merged with another processor, Kershelmar, to increase processing. On the raw milk supply side, Innscor has formed a joint venture with dairy producer Mafuro Farming.

This is good competition for Dairibord, CTC concedes.

But, there’s a catch; CTC says it has “serious concerns” over the influence that Innscor and the Pro Group have in the upstream value chain, especially its dominance of the stockfeed market.

“Stock feed accounts for between 60%-70% of the cost of producing raw milk in Zimbabwe, IAL and PGH, through National Foods and Profeeds, controls the supply of stock feeds in Zimbabwe, commanding 57% market share, which can therefore afford to give Mafuro and other contracted dairy farmers large discounts on stock feed, with the same not being extended to dairy farmers supplying Prodairy/Kershelmar’s rivals,” says the commission.

Because the merger was done without telling CTC, the commission would only approve it if Innscor or Pro Group sell their shares in the merged company. Prodairy must also pay a fine of US$284,246 and Kersehlmar US$59,179. The fines are payable in Zimbabwe dollars.

CTC’s latest measures against Innscor are not the first time that the commission has gone after Innscor.

In May 2020, CTC ordered the reversal of Innscor’s deal to buy 49% of Profeeds. For failing to notify CTC of the transaction, Innscor was ordered to pay a fine. Innscor appealed against this ruling and won, but CTC has continued its battle.

Innscor updated on this recently, saying: “In January 2022, the Administrative Court overturned the CTC’s directive for the Group to disinvest from Profeeds, and it further directed that the fine be withdrawn and replaced with a caution. The CTC has since appealed the judgement to the Supreme Court.”

CTC also previously reversed Innscor’s acquisition of another 49% in Podutrade, another manufacturer.

CTC also in the past blocked the planned acquisition of 59% in Profeeds by Irvine’s, an Innscor subsidiary, saying such a deal would give Innscor a monopoly in the stock feed business. In 2014, Innscor successfully fought a CTC fine for increasing its stake in National Foods.

She refused to watch her neighbours go hungry. She’s our newZWire Person of The...