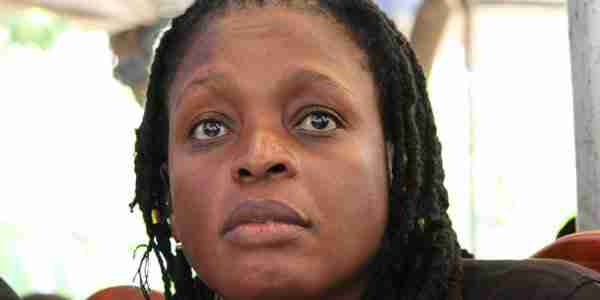 Member of Parliament and long-time opposition figure Priscilla Misihairabwi-Mushonga’s appointment as Zimbabwe’s new ambassador to Sweden has raised much debate, with some critics calling her a ‘sellout’. But, Milayo Ndou argues, Misihairabwi-Mushonga was only ever loyal to one constituency: women and girls

I think of this quote often when reflecting on the sacrifices made by active members of the women’s movement, feminists and gender activists towards attaining justice, equality and dignity for women and girls.

I contend that whatever gains have been realised towards gender equality, we owe them to ‘rough’ women, women like Priscilla Misihairabwi, who stood ready to endure physical, psychological and emotional violence to advance women’s causes. In a political career spanning over two decades, women and girls (from every political camp) have been the direct beneficiaries of the issues that Priscilla Misihairabwi chose to spend her political capital on.

Misihairabwi only ever had one constituency

Ten days ago, when news broke of her appointment as Ambassador to the Kingdom of Sweden, many in the opposition camp reacted by harshly criticising and labelling her a ‘sellout’ and an ‘opportunist’.

My view is that Priscilla Misihairabwi-Mushonga, in whatever political formation she joined at any given time, was only ever loyal to one constituency: women and girls. In the fight to secure the dignity of women and girls, she was consistent, fierce, unyielding and issue-driven.

In pro-democracy circles, the rights of women and girls are not centred, they are considered peripheral to the ‘bigger picture’ objectives of ‘removing ZANU PF first and foremost’.

In other words, the pro-democracy political formations have always deferred the needs of women and girls in the name of pursuing ‘far more pressing political objectives’. But for Misihairabwi, the time to address women’s issues was always right there and right then.

Misihairabwi fought battles that uplifted her real constituency – women and girls – and we owe her for that.

Being pro-woman means being committed to challenging women’s oppression, sexism and gender injustice; it means being aware of women’s experiences and bringing those experiences to the center of a struggle, not to displace men, but to broaden the perspective.

Being pro-woman means fighting on behalf of women and fighting together with women to advance the issues they care about. Who stood with Misihairabwi when she brought pads/tampons into Parliament to press for removal of taxes/duty on sanitary ware, or when she brought used panties to make the point about the total collapse of the economy which found articulation in many indignities women uniquely suffered, and most poignantly in the indignity of barely being able to afford second-hand underwear?

Granted, Misihairabwi entered Parliament by riding on one political party ticket or another, but once inside, she used that power to advance and amplify pro-woman concerns over and above party politics. It is perhaps one of the reasons she is labelled a sellout today, because Misihairabwi has always demonstrated a stronger allegiance to women’s causes than she did to any pro-democracy political camp she joined.

One of the enduring criticisms that have been levelled against female political actors in parliament and in politics broadly, is that most of them do not see women as their primary constituency, but rather they are loyal to their political camps, which in turn are not pro-woman.

Recently I wrote about staying true to principle and it is my view that the pro-democracy formations in Zimbabwe, which rest upon principles such as majority rule and defending individual rights, have never seen the advancement of women’s rights as a political issue that is irrevocably intertwined with the broader objective of challenging dictatorial rule.

How do you spend over two decades fighting against dictatorship (which you easily recognise in the political space) but willfully ignore or even endorse when it presents as patriarchy in social, cultural and religious spaces? Being vocal against political oppression yet remaining silent about women’s oppression is a way of enabling (to loosely borrow Alex Magaisa’s phrase) dictatorship in the form of patriarchy.

If, on principle, you are anti-dictatorship, you ought to have a problem with the idea that a society can invoke culture or religion to assert men’s ‘natural right’ to untrammelled authority or superiority over women. You ought to have a problem, for instance, with the idea that religion and culture can be invoked to justify mere children being married off and raped every single night, by thousands of men, throughout the country, with impunity.

But then again, this kind of patriarchal dictatorship is not the flavour of the dictatorship that the pro-democracy movements concern themselves with, except when engaging in political grandstanding. So kudos to Misihairabwi for not betraying the women’s cause – ever.

Misihairabwi and the shock value of performative unruliness

Misihairabwi’s ‘controversial’ methods of Parliamentary engagement warrant brief mention. Anger has always been one of the strongest reactions to women who do not comply with gender norms (i.e socially prescribed rules about how women or men must behave). Over the years, Misihairabwi made a lot of people, both men and women, very angry.

She broke the rules for ‘acceptable’ behaviour, wouldn’t comply with whatever was considered to be ‘respectable’ and polite forms of engagement. Adhering to respectability, or bringing your best behaviour, to activism will never yield results – it never has.

When Winnie Mandela died, her daughter Zenani Dlamini made a poignant statement referencing her mother’s supposed ‘unruliness’ in political activism in the fight against apartheid. She said: “…the battle for our freedom was not some polite picnic at which you arrived armed with your best behaviour”.

Similarly, Misihairabwi did not battle for women’s rights in our Parliament as if she was at some polite picnic at which she arrived armed with her best behaviour.  Whenever she stood up for herself in Parliament, she stood for up for all women too, albeit through unruliness which many women who conform to gender norms found distasteful.

Misihairabwi’s shock tactics provoked then Finance Minister Patrick Chinamasa to complain that she “should have not gone that far” by bringing used female underwear to Parliament as an exhibit – because (going by the patriarchal gender rulebook of appropriate conduct) the exhibit itself was more egregious than the point she was making about the indignities women endure.

And the pro-democracy political formations have been conspicuous by their absence from this fight. It is sad that Misihairabwi will not be in Parliament because she, more than any other Parliamentarian, consistently amplified women’s issues, treating these issues as valuable causes that transcended political affiliation.

In the various splits of the MDC formations, I observed how Misihairabwi seemed to always go with the smaller splinter groups rather than the main splinters where there would have been safety in numbers and where she would have effectively been on the path of least political resistance.

Some regarded her as ‘a conflict magnet’ and see that as a reason why she may have been comfortable aligning herself with smaller splinters where she would be a big fish in a small pond.

I don’t know. But what I do know is that a woman who is hyper-visible in any political formation paints a target on her back because it attracts the kind of misogynistic attacks that male political actors do not have to worry about.

I trace my admiration for Misihairabwi to the role she played as the only woman who was part of the 2009 power-sharing negotiations of the Global Political Agreement (GPA) that ushered in the Government of National Unity (GNU).

If there could only be one woman in that room (and there was just that one), I am glad that it was someone who is, at heart, unapologetically pro-woman.

I daresay, had Misihairabwi not been with the smaller splinter formation, she would have been sidelined in favour of a man as was the case with the women who had no representation drawn from the larger Tsvangirai-led formation.

When more fractures occurred in the pro-democracy formations, Misihairabwi aligned herself with Thokozani Khupe, becoming her chief election agent in 2018. Whatever motives drove her to align with Khupe, I doubt that opportunism was one of them because surely, any half-decent opportunist would have backed the more popular candidate – and an experienced political actor like Misihairabwi would have known the intensity of the gendered attacks she would attract by standing with Khupe.

If Misihairabwi is an opportunist in the sense that the term is often deployed, then she has shown herself to be quite terrible at it because she gained little from that 2018 manoeuvre, other than notoriety of being a self-proclaimed ‘hure’ standing in solidarity with Thokozani Khupe whom, pro-democracy political party leaders and their supporters misogynistically brandished a whore.

Wherever she goes, Misihairabwi will likely remain pro-woman

Twenty years plus is a long time to fake one’s convictions or to pretend to care about a cause. Misihairabwi has cared deeply, advocated passionately and fought fiercely to advance girls and women. In concluding this article, I admit that I am a huge fan of hers (assuming the tone of my article had not already betrayed my bias) but I do not know her personally.

What I am going by is her track record on the issues she pushed hard for in Parliament. In 2020, screaming headlines alerted us and the world at large that Misihairabwi had ‘gone overboard’ and caused ‘parly drama’ by supposedly obtaining permission from Deputy Speaker Tsitsi Gezi to ‘perform a ritual’ that involved kneeling to thank Finance Minister Mthuli Ncube for reserving funds to source for free sanitary wear to school going girls in his 2021 national budget.

Ironically, the anger and outrage this time was sparked by Misihairabwi’s jarringly and arguably exaggerated performance of respectability in so far as her behavior, in that instance, conformed with gender norms of traditional expressions of gratitude.

I am confident that wherever she goes, Misihairabwi will likely remain pro-woman, because that is who she has consistently been – with virtually nothing to gain personally or politically in the battles she picked. I have no doubt there are people who know Misihairabwi personally, who have insights gleaned from political and personal interactions that reveal her to be a far more complex and nuanced figure than the portrait my article paints of her. Nevertheless, I would be surprised if any of them can take away from her robust activism for and commitment to women’s issues – she earned her stripes.

The Embassy of Sweden in Harare has invested immensely in gender equality as a thematic area and it is fitting that the Misihairabwi, who has doggedly championed gender equality, should be the representative of our country to their government. Wherever she goes, whatever she does next – we can safely assume Priscilla Misihairabwi-Mushonga will always be who she has always been – a pro-woman champion of justice and equality.

Milayo Ndou is a feminist thinker and media scholar pursuing research on Violence Against Women in Elections (VAWIE). She has a keen interest in tracing how gendered repression manifests and the ways in which it constricts women’s effective political participation. Twitter handle: @MilayoNdou

Zimbabwe sells gold refinery to group of miners for US$49m