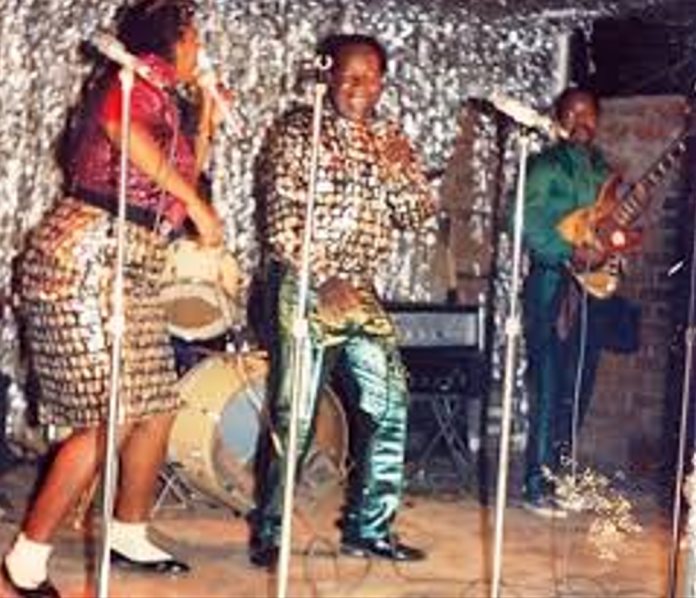 Over recent weeks, it has been pleasing to follow the nostalgic conversations on Twitter about the Zimbabwean music and artists of yesteryear.

It brought to my mind my own experiences from the late 1970s to the early 1980s in Umtali/Mutare. The Beit Halls (community centres), council bars, taverns, and hotels of Dangamvura, Sakubva and Zimunya townships were vibrant with the music of local bands.

These places were also regular hosts of the Harare-based acts that we heard on radio or at the record bars in downtown Umtali where you could request them to play a hit song whilst pretending you really wanted to buy the 7-single.

Of the out-of-town acts, there was consensus on the sheer entertainment value of one maestro.

Safirio “Mukadota” Madzikatire was a mini-industry by himself. His shows, which were about four hours long, gave us a dizzying array of routines – the international song covers, son Elijah Madzikatire’s performance, Safirio’s own songs, Katarina’s dances, and the comedy. It was a unique vaudeville feast.

The hype around Mukadota’s shows would start on the Saturday afternoon as his entourage drove into town – the VW microbus laden with the members of the Ocean City Band and the Sea-Cottage Sisters and instruments tightly tied on the roof. We watched as the band offloaded their drums, guitars, microphones and more, by a side entrance to the Dangamvura Beit Hall.

Later that afternoon, the man himself would arrive at the community centre in his elegant yellow BMW, wearing a straw hat. As he alighted from his car, Safirio would not smile or wave at us. This was business, and he was finicky about sound-checks and set-ups.

For us loitering by the hall and watching the spectacle of preparation by the band, this was also a chance for us to greet a homeboy, John “Chibhodhoro” Muyambo, and feel proud that one of our Mutare guys was playing drums for Safirio as well as acting in the Mukadota stage dramas.

The evening could not come soon enough. Safirio’s shows were early and by 6pm families would all be lined up outside the Dangamvura Beit Hall to buy a ticket and dash to the front seats.

A curious thing at the ticket sales was that Safirio himself would be in the cubicle where tickets were sold. He did not handle the money but seemed to be counting the number of tickets purchased, and probably calculating the audience numbers.

The band members would change a couple of times during the show. There was no tuning of guitars on stage, that irritating habit that many lead guitarists used to do then. The drummers were worse with their “gu-che gu-che gugu-che-gu.” Everything was tight in Safirio’s act.

And the impersonations of American bands – from Motown to Country – were on point. I can still hear in my head some fragments such as Chic’s Le Freak:

The R&B cover songs would be followed by Elijah Madzikatire coming on stage dressed like some Karate Kid character – headband and all. He might have been into martial arts then and his dancing was ultra-energetic, with abrupt pauses accompanied by a frozen stare and then back to a frenetic mesh of sound.

Elijah had his own hits, including Rhoda, Vana Tinogumbura, and my favourite then, Vakomana Vadzoka. The latter was a song celebrating the return of the “boys” from the war.

With Elijah done, it was now time for the man himself to appear. Dressed in a yellow, blue, or purple silk shirt with frills, and wearing a broad, impish Colgate grin, Safirio would belt away his hits, mostly in a duet:

With the Sea Cottage Sisters swaying to our right side of the stage and Chibhodhoro either beating the congas or drums, the stage was a buzz of coordinated activity. With this routine done, the band would play a filler whilst other members went backstage to prepare for the next act.

The comedy routine would see Safirio now transformed into Mukadota wearing that ranger’s hat, the khaki hunter’s jacket, and the ridiculous gumboots. We knew there would be Chibhodhoro somewhere either playing a baby or being naughty and trying to trick someone.

There would be the gangly and stupid Toro, and of course, Mai Phineas. But our eyes were all on Mukadota, out to swindle someone or putting on some airs and claiming he had just come from America, could no longer speak Shona, and only ate “American goulash”. It was slapstick comedy of the highest form. We loved it and roared with laughter.

Hours later and after a few more songs, we would troop out into the open air, hot and a little dazed by the rollercoaster of a show.

I wish these were my final memories of Safirio. Sadly not.

In 1993, or wat it 1994, I saw the man himself seated in a small dingy pub called The Star on Julius Nyerere Street, with a quart of beer in front of him. He looked down and out.

Two years later, he was dead.

The Good and the Bad: CZI’s latest report card on Zimbabwe’s manufacturing sector