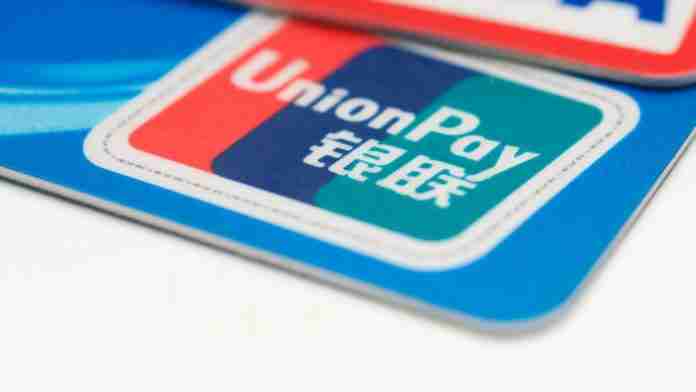 China’s UnionPay International on Wednesday added Steward Bank to its network of partners, expanding its footprint in Zimbabwe, where it has already signed up two other financial institutions.

The use of international cards in Zimbabwe has, however, been complicated by the country’s ongoing currency crisis.

UnionPay, the world’s largest bank card scheme with over 7 billion cards in issue, has also previously partnered Standard Chartered Bank of Zimbabwe and CABS. Although only 100 million of those cards are in issue outside mainland China, UnionPay, which only ventured into the international market in 2012, seeks to break the Visa, Mastercard duopoly.

“Here in Zimbabwe, we are growing our acceptance very aggressively with a view to enabling all major banks to accept our cards through their POS terminals and ATMs where possible,” Luping said before signing the Steward Bank partnership in Harare on Wednesday morning.

“The scope of our co-operation enables UnionPay cards to be accepted in all Steward Bank merchants, points of sale devices and online through e-commerce. Steward Bank will issue Union Pay cards to individuals, traders and corporates from Zimbabwe travelling for easy payment services in China and the rest of the world.”

Steward Bank chief financial officer Alfred Chaavure said the partnership was an important milestone for the bank as it seeks to leverage on its reputation as a digitally enabled financial institution.

“This is a very important partnership for us as Steward Bank. If you look at the value of trade between China and Africa, it shows that China is an important part of the development of the African economy,” Chaavure said.

He said Steward Bank was targeting SMEs trading with China, a growing Chinese population in Zimbabwe, as well as tourists and Zimbabwean students in the Asian country.

Horses and Royces: The colonial fanfare of Zim Parliament opening

Meet the medical experts advising the Zimbabwe govt on COVID-19