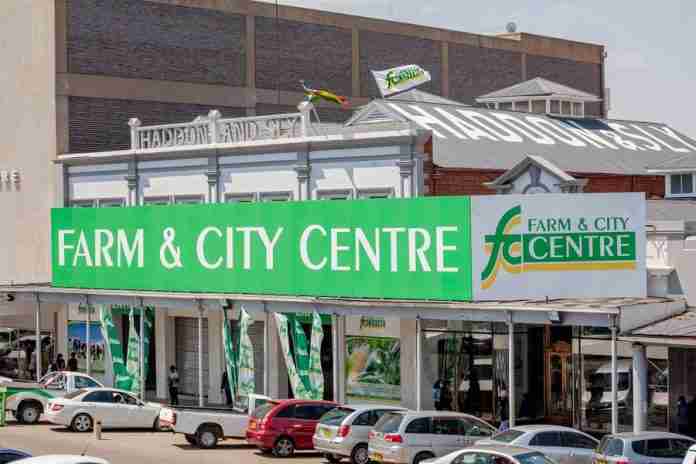 Almost four years after it last traded on the Zimbabwe Stock Exchange, CFI Holdings made a return to the market on Monday.

The share was suspended in January 2018 for violating listing rules. The violations were a sign of deeper problems at a company that could have been great, but one that was weighed down by poor management. And nothing shows CFI’s story of lost years than the contrasting fortunes of Innscor, once a rival, and almost a sibling.

In 2002, Innscor looked at CFI Holdings and liked what it saw.

CFI owned Victoria Foods, one of the country’s biggest millers. It had a productive farming estate, a poultry business, and a strong retail chain. Innscor wanted to be the country’s biggest food producer, one that owns interests up and down the value chain. CFI had a network of integrated companies that fed into each other; just the sort of business Innscor likes.

And so Innscor started talks to merge with CFI, a deal that would have created by far the largest agribusiness in the country. After a few months, the talks collapsed. There were differences over who gets what, and where the company would head to.

Decades after that merger failed, the fortunes of the two companies could not be more different.

Innscor has gone on to create just what it had wanted out of that CFI deal – a company that runs the whole value chain from farm to fork.

ALSO READ | From fast foods to car parts, here is what the Innscor family of companies really owns

After ditching CFI and Victoria Foods, Innscor went on to buy National Foods a year after the collapse of the merger talks. This made it an even bigger rival of its former takeover target, so much that Victoria Foods protested to the Competitions and Tariff Commission. Allowing Innscor to buy Victoria Foods, complained the company, would kill competition.

“One of the main accusers is CFI’s Victoria Foods, but we have no case to answer,” John Koumidis, who was Innscor CEO in 2013, said then.

Yet, Innscor was not done. The company then bought into Irvine’s and the Cobb Africa franchise, rivalling CFI’s poultry business in Suncrest, Hubbard and Crest Breeders.

Failing to recapitalise as rivals reinvested, CFI was crippled by debt. There was unstable management. When the CEO, Stephen Kuipa, was let go in 2016, he went to court saying the company had denied him $360 500 in severance pay. In court, the company said it knew nothing of any such promise. Finance director Acquiline Chinamo also left.

Glenara, its 1600ha farming arm, once the envy of many, now accounts for less than 5% of turnover. In that period, Innscor grew its own PHI Farming unit and expects to open as much as 100 000 hectares to cropping.

But now back on the ZSE and at last freeing itself of debts, CFI is looking to once again claw its way back up to where it should be.

The long road to recovery began in 2019 when the company started work to get out of judiciary management. This was partly through structured two-year loans.

The leadership changes since the controversial Kuipa days may also encourage investors. The company has a young CEO, Shingi Chibanguza, and a young chairperson, Itai Pasi. On its board is Aaron Denenga, a young successful farmer. He is part of a group of young farmers that has recently signed a contract farming deal with CFI.

CFI is not short on potential, or recognisable brands.

Victoria Foods still produces Victoria flour and snacks, such as the nostalgic Crackerjax. With debts paid, Victoria Foods is due out of judicial management soon. It has capacity to mill 3,000 tonnes of maize and 8,000 tonnes of wheat every month. The company also makes salt, rice and sugarbeans.

Farm & City, which has been around for over a century, is a strong brand among farmers and builders. It has over 50 branches. Production at Glenara is still nowhere near peak, but maize and potato harvests rose by 42% and 85% respectively in the three months to June.

Agrifoods, the stock feeds business, has also left judiciary management and volumes are up.

CFI’s Suncrest abattoir was put under care and maintenance in 2013. The company plans to move the facility to a new location under a poultry value-addition expansion project that it plans for the medium term.

While the company was in trouble, its rivals shifted gear and reinvested. The stock feed business is increasingly competitive, despite the high prices that farmers face. The retail space is also now crowded. All this means that CFI, once the standard in the agribusiness sector, now has to find the capital and the strategy to duke it out with competitors and win back its spot on the top table.

The company’s comeback strategy, from here on out, will be closely watched – by new and old rivals alike.

On a wing and a prayer: Overloaded by debt and a bad rep, grounded...

Mthuli’s budget gamble: No extra spending, while 2% tax on forex transactions is highlight...