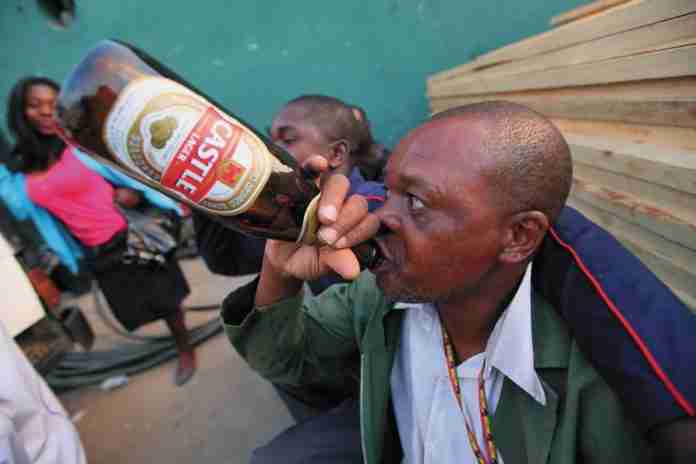 Zimbabweans are spending less on beer and soft drinks as inflation erodes incomes, according to the latest trading update from Delta, the country’s largest brewer and beverage maker.

Drinkers consumed 40% less beer in the quarter to September, and drank about 48% less in the six months compared to the same period last year. Sorghum volumes in Zimbabwe were down 29% for the quarter and 15% over the six months. In Zambia, sorghum beer volumes fell 13% partly due to higher pricing on the back of the steep rise in maize prices.

“Consumer spending remains low as incomes have lagged the escalation in prices of goods and services,” Delta said in its report.

Delta felt the depressed sales more acutely on soft drinks, which were hit by both low demand and poor product availability. In the six months to September, Zimbabweans drank less than half of the amount of drinks they had over the same period last year; volumes were down 56%. Over the quarter, sparkling beverages volumes declined 36%. There has, however, been some recovery on supply, but the forex crisis still weighs heavy.

“Volume has recovered in the last quarter on the back of improved product supply and moderated retail pricing. Raw material supply remains a challenge as the category has a high import content,” said Delta.

The company said it has had to implement “modest but frequent price increases in response to the inflationary pressures whilst taking into account the affordability issues affecting consumers”.

Foreign suppliers are also still wary of doing business with Delta, the company said. There are still challenges in sourcing raw materials due to the “mixed performance of the interbank market and difficulties in accessing materials as foreign suppliers remain jittery on account of overdue payables”

At associate Schweppes, which manufactures Mazowe and other non-carbonated drinks, volumes are down 33% for the half year.

Delta declared an interim dividend of ZWL6.75 cents per share.

Beyond forex shortages and weak spending, Delta has had to fend off competition from Varun Beverages, which supplies Pepsi products in the Zimbabwean market.

Varun has been aggressively moving to grab market share from its larger rival, offering cheaper options and pushing product onto the market during a period that Delta faced shortages and when it demanded part payment in US dollars for stock.

In a conference call with investors on November 5, Varun said Zimbabwe was one of its fastest growing markets, despite a forex crisis.