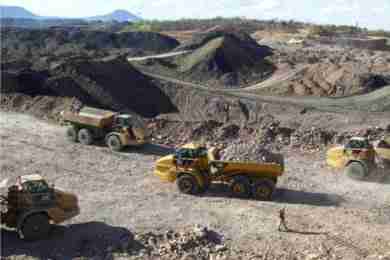 ASX-listed Prospect Resources has increased its ownership of the Arcadia lithium mine in Zimbabwe from 70% to 87%.

Prospect has begun construction at the site, near Harare, at a cost of $25 million.

Prospect reached a conditional agreement with Farvic Consolidated Mines, who has agreed to transfer the shares it holds in Prospect Lithium Zimbabwe to Prospect Minerals, a wholly owned subsidiary of Prospect Resources.

In consideration for the transfer of shares in Prospect Lithium Zimbabwe, Prospect Resources will issue 94 976 800 fully paid ordinary shares to Farvic, representing a dilution to existing Prospect shareholders of 4.6%, and pay Farvic A$1 187 210 in cash.

Currently, Prospect Resources ‘free carries’ the other shareholders in Prospect Lithium Zimbabwe to production, meaning that the company funds 100% of the project expenditure.

The outcome of this transaction is that Prospect increases its share of future revenues and profits from the Arcadia lithium mine by 17%, without an increase in expenditure (or risk).

Since acquiring the project in mid-2016, the company has completed an aggressive drilling and evaluation programme that culminated in declaration of several JORC 2012-compliant mineral resource estimates, with the most recent being on 31 July 2017.

Prospect Resources now has over 14 km2 of granted mining claims over the Arcadia pegmatite swarm that has an identified strike of 4.5 km, making it the largest code compliant hard rock lithium deposit in Africa.

Following completion of a scoping study in late 2016, the company completed its prefeasibility study in June 2017 that included declaration of maiden ore reserves.

In May, Prospect Resources appointed global engineering firm, DRA to provide engineering services and upfront design for Arcadia. Prospect also signed on local company JR Goddard as the earthmoving contractor for the project.

Sour milk: After a year of talks, Dairibord, Dendairy call off merger plans