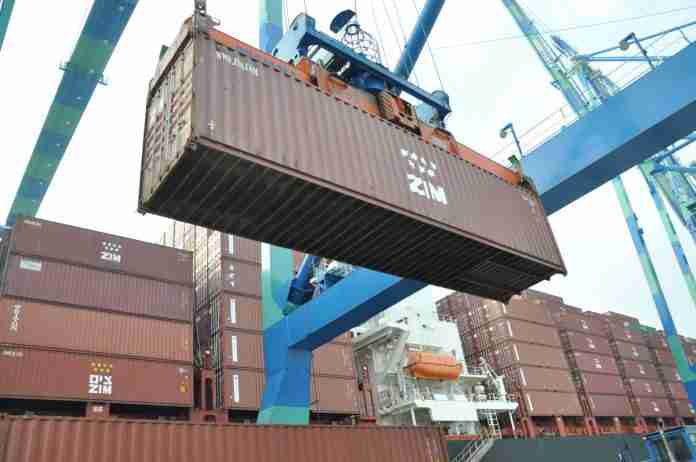 In Zimbabwe, exporters are compelled to repatriate their earnings back to the country within 90 days.

Exporters are opposed to this measure; with the market starved of forex, they fear they will not be able to access dollars once they have deposited their proceeds. They have campaigned for an end to the repatriation period, or at least an extension, to allow them more time to do business.

George Guvamatanga, Permanent Secretary for Finance, blames exporters’ reluctance to bring home the money for the low trades on the interbank market, launched in February.

He says there is over US$1.7 billion that should be circulating in the country, but “the country has been suffering from lack of confidence”.

The idea behind repatriation of export earnings is to fund imports for the country, among them critical imports such as fuel and medicines. The money still belongs to the exporter – they are just required to bank it locally.

How do other countries treat repatriation of exports proceeds by their exporters? Some have completely liberated their exchange control regulations, while some have even tighter controls than Zimbabwe. We took a look into Zimbabwe’s African peers and how export repatriation there works.

In 2014, Zambia, a major exporter of copper, removed all controls on capital flows. There are no controls on the repatriation of export earnings. Before 2014, exporters were required to bring in their earnings within 120 days.

“It’s very dramatic; it’s back to free markets,” Guy Scott, then vice-president, told the Financial Times when the decision was made. The country’s then Finance Minister said the controls had been dropped because “challenges have arisen in the implementation of these instruments”.

Zambia’s forex position has however suffered lately. Moody’s downgraded its rating on Zambia further into non-investment grade territory, citing concerns about liquidity pressures. The kwacha is the world’s second worst performing currency this year – although it has staged a recovery over the past week – and import cover is down to just 1.3 months’ cover.

There are also no controls in Tanzania, although there was a joint army and central bank crackdown in 2017 on forex bureaux.

Ghana allows free capital flows. In 2016, the country removed all regulations that compelled exporters to bring in their earnings within 60 days of shipment. Prior to the changes, banks that received export proceeds had been required to convert them to the local cedi currency within five days based on the average interbank exchange rate on the day of conversion.

In Rwanda, a leading light on the ease of doing business on the continent, exporters are required to repatriate all export earnings within 90 days of export. Repatriated foreign exchange should match the value stated in the export declaration.

Malawi requires exporters to fully repatriate export proceeds within 180 days from the day of exportation. “The Bank will continue monitoring receipt of export proceeds as has always been the case,” according to a statement in February by Malawi Reserve Bank governor Dalitso Kabambe. Malawi’s key exports are tobacco and tea.

In Nigeria, exporters of oil and gas are required to repatriate export earnings within 90 days of exports. For non-oil exporters, they must bring in their proceeds within 180 days. Companies that do not comply risk being blacklisted and banned from accessing banking services as well as forex from the Central Bank of Nigeria. The country introduced an interbank market in 2016 and keeps multiple exchange rates. The Naira trades at around N364 on the dollar.

Exporters can keep 30% of their foreign exchange proceeds, but they must sell the other 70% to commercial banks within four weeks. A company is allowed to set up two separate accounts; they can deposit forex into a non-resident account from which they can draw down to import capital goods. Exporters then deposit 70% of their export proceeds into another account; An exporter must use these funds within 28 days or the money will be converted into the local Birr currency, trading at around 30 to the dollar.

Ethiopia, for long the fastest growing economy in Africa, has been struggling with a forex shortage. Driven by confidence in Prime Minister Abiy Ahmed’s sweeping political and economic reforms, the gap between the official and black market rates began to narrow last year, although a premium still remains. A US$1 billion deposit into Ethiopia by the UAE in June 2018 also helped ease the crunch.

Agricultural products make up the bulk of the country’s exports, although Ethiopia is developing a garment industry.

Companies exporting from South Africa must receive all their currency proceeds no later than six months from shipment. Goods exported must be sold within 6 months of shipment.

They must sell the full foreign currency proceeds to a bank or authorised dealer within 30 days of receiving the money, or keep the export proceeds indefinitely in a foreign currency account.  Foreign currency cannot be kept abroad unless specific approval is obtained from the South African Reserve Bank. According to SARB regulations: “A serious view will be taken by the Financial Surveillance Department of any unauthorised retention of foreign currency balances, whether with foreign banks, overseas principals, agents or shippers.

Export revenues must be repatriated to Mozambique within 90 days from the date of shipment. Until 2017, 50% of these proceeds were converted to the Meticais, but exporters can keep 100% of their earnings in a local FCA. The Meticais trades around 1:63 against the dollar.

Kenya ended all its forex controls in 1993 and does not impose repatriation periods for exporters.

With about US$34 billion foreign exchange liquidity, Absa’s Financial Markets Index for 2018 ranked Kenya as second to South Africa on African markets where foreign investors’ ability to deploy and repatriate capital is high.

The Kenyan shilling has been stable for close to two years at around KS101 on the dollar, despite a prolonged period of political instability, including disputed elections.

However, the IMF last year changed its classification of Kenya’s exchange rate regime from a float to a “stabilised arrangement”.

This is a view shared by Reginald Kadzutu, chief investment officer of Amana Capital in Nairobi, who says in a research note out this month that the shilling is overvalued by 30%. Kenya’s trade deficit grew by 26% between 2013 and 2018, but this is not reflected in the shilling’s value, Kadzutu argues. He said that while the value of the shilling in the local market had depreciated by 50% in ten years, its value on the global market had only declined by 20%. Kenya’s central bank however argues the rate is shored up by exports, remittances and tourism receipts.

A report also released in May by the Economist Intelligence Unit said there could be foreign exchange shortages “over the medium term” but economic growth will remain robust.

The DRC, a major resource exporter, requires mines to repatriate 60% of their revenues.

The regulation imposes a penalty of 1% of the non-repatriated sum for each day that it is not invested. It also decrees a fine of up US$125 000 for failure to communicate to the central bank details of a foreign bank account. The regulations are part of a mining code that has been bitterly opposed by large mines, such as Glencore and Randgold.

There is, clearly, no single answer on how best to treat export repatriation. Context, however, differs between economies, making like-for-like comparisons sometimes risky. For Zimbabwean companies, exchange risk is higher than in other markets, which means they prefer to keep more of their earnings in US dollars, and for longer.

Countries such as Kenya and Ghana have reaped the rewards of loosening their exchange controls.

However, the Absa report, while praising countries that have liberated exchange control, cautions that opening up must be accompanied by measures to deal with capital outflows.

“While this can be an important element of well-functioning and resilient markets, it is also important that central banks observe prudent reserve management strategies and can cope with sudden capital outflows,” says the report.

ESSAY FRIDAY | Betting on the random: being ‘normal’ won’t be enough for Africa’s...