Zimbabwe has announced that it wants miners of four key minerals to pay half of their royalties in the commodities.

Currently, platinum miners pay 2.5% in royalties, which goes up to 5% in January. Gold royalties are at a maximum of 5%. The royalties are paid in cash. Now half the royalties from gold, platinum, lithium and diamond producers must be paid in the actual minerals, President Emmerson Mnangagwa has said.

What do the miners think about this? Here is the immediate reaction from the major players in the industry.

Impala Platinum (Implats), which runs the country’s biggest mine, Zimplats, says the change is unlikely to have any impact on its costs in Zimbabwe.

“Paying royalties in US dollars and/or partly paying in equivalent metal product, on face value, does not materially alter the cost burden in Zimbabwe,” Implats spokesman John Theron said on Monday. “However, this potentially constitutes a significant shift in fiscal policy, especially considering government’s present ability to acquire refined metals through US dollar revenue received.”

Chamber of Mines: Government can choose how it wants to collect taxes

The Chamber of Mines, which represents major mining firms, says it is not worried about the policy measure, as it does not increase existing royalty rates. “We respect the government’s position. It’s their prerogative. All they are saying is they are changing payment modalities,” said Chamber of Mines Chief Executive Isaac Kwesu.

Caledonia Mining, one of the country’s biggest gold producers, says it does not expect any significant impact from the change. “We have not seen the detailed mechanisms whereby this proposal may be implemented, but I do not think it would have any financial or operational effect on our business,” Caledonia Chief Executive Mark Learmonth said.

Caledonia runs Blanket Mine and recently agreed to buy Bilboes, potentially the country’s largest mining operation, for US$53 million.

While Implats is not worried by the measure, the surprise announcement adds to Zimbabwe’s notoriety for policy uncertainty.

At the Joburg Indaba last week, Implats CEO Nico Muller was asked about how the policy shift had been announced in Zimbabwe.

“Of course, I’m concerned about the perception that all these pronouncements create to shareholders and to foreign direct investors in the jurisdiction…We always find ways to steady the rudders; the noise that’s in the media. It’s just such a pity they have to go through this, especially just before elections. If they could just cut it out most of the time it would pacify the public perception or investor perception around the attractiveness of the jurisdiction.”

Muller added he was “disappointed about it, but not extremely worried given the success of our very long time there and what the company has been able to achieve through its partnership and relationships in Zimbabwe”.

Mnangagwa says physical reserves of the minerals “can also be used to securitise any borrowings we may prudently envisage”, which he says is a necessary “innovation” to counter sanctions, partly blamed for locking Zimbabwe out of foreign credit.

How will it work?

Questions will be raised on the logistical challenges of demanding physical reserves. There is no detail yet on how the minerals would be stored, with Mnangagwa only urging RBZ to have “secure vaults”.

Government is also demanding “final products” from mining companies. This will not be easy to enforce. While Zimplats is now extending its refining capacity to fully process platinum locally eventually, the “final product” of platinum is currently only refined outside the country.

“The new policy also means our Reserve Bank of Zimbabwe has to have a system for demanding and collecting designated minerals, even where these are processed beyond our borders,” Mnangagwa only says in his article.

On lithium, the companies currently developing new operations in Zimbabwe plan to produce and export lithium concentrates. There are no plans in the near term to produce battery-grade carbonates or hydroxides. The only “final product” from Zimbabwean lithium, so far, is the petalite that has been produced by Bikita Minerals for the ceramic industry.

In August, Finance Minister Mthuli Ncube complained that government income from the mining industry was low due to what he called “a generous royalty regime on some major minerals”.

“Despite the significant contribution to output and export receipts, the mining sector contributed about 1.2% of GDP in direct taxes to the Fiscus in 2021. This is a significant contrast to countries in sub-Saharan Africa which averaged 2% during the same period,” Ncube said.

Zimbabwe has no gold reserves, despite rising output, and exports virtually all its production. Mineral exports from Zimbabwe, mainly gold and PGMs, reached US$5 billion in 2021, accounting for 80% of the country’s total export value.

South Africa, one Africa’s biggest gold producers, had 125.3 tonnes of gold reserves at the half year. Ghana, the continent’s leading producer, had 8.74 tonnes over the same period. 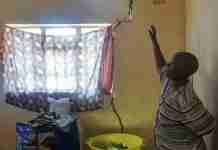