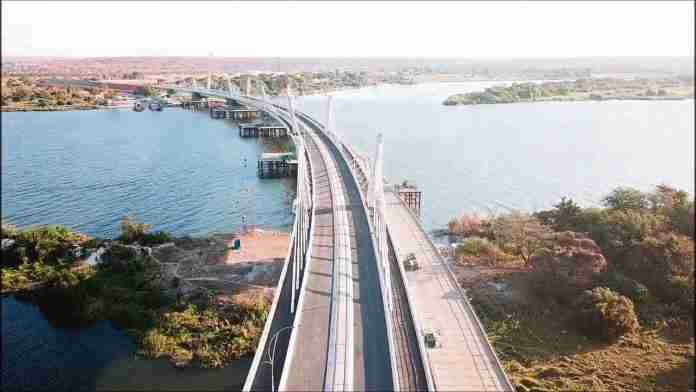 On Monday, President Emmerson Mnangagwa joined other regional leaders at the official opening of the new US$260 million Kazungula Bridge on the Botswana-Zambia border. Apart from the presidents of Botswana and Zambia, the event is also being attended by the leaders of Mozambique and the DRC. Other presidents are represented.

While commissioning a road project at Makuti last week, Mnangagwa said Zimbabwe was now involved in the project.

However, here is a timeline of how Zimbabwe actually lost out, and what the country must be doing about it.

2001: Botswana and Zambia discuss building a bridge over the Zambezi at Kasane. They want to replace the ferry system, which is slow. A study by Japan’s Nippon Koei and Oriental Consultant estimates revenues of between US$360 million and US$605 million over 30 years.

2007: Botswana and Zambia discuss cooperation with Zimbabwe on conducting a joint assessment of the project. Zimbabwe, however, does not participate, despite the initial design of the bridge showing a small part would pass over its territory. At this time, Robert Mugabe is sulking because Zambia’s Levy Mwanawasa has called Zimbabwe a “sinking Titanic”. Mwanawasa is subject to biting criticism in the Zimbabwean state media.

2008: Zimbabwe resists holding a joint assessment, opting to go it alone. At this time, Zimbabwe is having a bitter political row with both Zambia and Botswana. Ian Khama of Botswana and Mwanawasa have sharply criticised the violent election in Zimbabwe, and Mugabe is not on talking terms with the two neighbours.

2012: Zambia and Botswana invite bids for the Kazungula bridge.

March 2014: The governments of Zambia and Botswana receive loans from the African Development Bank (AfDB) and the Japan International Cooperation Agency (JICA) for the construction of the bridge and other facilities.

Under that agreement, the project is co-financed by JICA, in the form of loans to both Zambia and Botswana, while AfDB funds Zambia only. Botswana and Zambia each provide counterpart financing.

JICA will fund 57.5%, AfDB 31.5%, Botswana and Zambia an equal 9.2% while the remaining 1.8% will come from the EU under its Infrastructure Trust Fund grant.

April 2014: In Zimbabwe, government is trying all it can to make sure the bridge won’t happen.

In Parliament, MP Felix Mhona, now Transport Minister, asks then Transport Minister Obert Mpofu how Zimbabwe must respond. Mpofu’s response is haughty, saying that bridge would never be built. There was no need for the new crossing, as there was the Victoria Falls bridge nearby. They needed Zimbabwe anyway, Mpofu says.

“So, the position of government is that there is no direct border between Botswana and Zambia. If a bridge has to be constructed in that area, it will have to go through Zimbabwe, hence the stalemate,” Mpofu says. He says the matter has been “escalated” to the level of Mugabe and Michael Sata, Zambia’s president at the time.

September 2014: Botswana’s then Minister of Transport and Communications, Nonofo Molefi, says after Mpofu’s comments, and seeing no progress in talks between the leaders, it is agreed that changes be made to the design: “We approached Namibia and asked that the bridge pass through their territory and they agreed.”

This means that the bridge will now curve, and become longer, to avoid Zimbabwe territory.

Molefi says that after the three countries had initially discussed to construct the bridge together, each had to go out to mobilise funds from development partners. Zimbabwe, Botswana media reports say, has no capacity to participate.

September 2014: Botswana and Zambia sign a memorandum of understanding (MOU) for the project. Construction starts at the site, just 65km upstream of Victoria Falls.

March 2018: Now in power, Mnangagwa tries to salvage the situation. With Khama and Edgar Lungu of Zambia, he takes part in an inspection of the bridge. He holds talks with both Khama and Lungu, to have Zimbabwe included.

Zambian Infrastructure Minister Ronald Chitotela and Botswana Transport Minister Kitso Mokaila announce at a press conference that Zimbabwe would now take part in the project. The three countries would also set up a one-stop border post at Kazungula.

A Herald article, also posted on the website of Zimbabwe’s Office of the President and Cabinet, says: “The bridge awkwardly takes the shape of an over stretched half-moon, with its belly costly and embarrassingly elongating into the Namibian territory as it reluctantly avoids the Zimbabwean territory.”

The article explains how this happened, quoting an unnamed Botswana official saying: “There was a dispute with Zimbabwe, which then was under Robert Mugabe and he refused passage of the bridge through his territory.”

With Zimbabwe having purportedly been “included”, State media reports that Zimbabwe will contribute to the US$259 million loan, but there’s no detail of how that can happen.

“Completion of the Kazungula rail road bridge will in fact see Zimbabwe having a share in revenue from the infrastructure as Botswana and Zambia have agreed that the country must have the same facilities of a one-stop border post as is in their countries,” Herald says.

2019: Transport Minister Joel Biggie Matiza, now late, says in February: “Zimbabwe was left out during the previous administration and Botswana and Zambia went ahead. As a country, we are set to lose out if we are not integrated into the project because traffic will just go past us. President Mnangagwa met his counterparts and agreed to come together, and as a transport minister I will be following up on those policies as we build on the one-stop border concept.”

Later that year, Matiza says a team has been sent to do a study into how Zimbabwe can fit into the project.

“There was a technical team from the Ministry which went to look at the integration of Zimbabwe into the existing program.”

No update is given publicly on how this study went.

A Parliamentary committee hears some of the conditions for Zimbabwe to get in on the project; Zimbabwe must fund the architectural work needed for any changes, fund the construction work for adjustments, and use the same contractor, Daewoo.

2020: Matiza tells a regional infrastructure summit that Zimbabwe is trying to figure out how much it will cost to join the project. The country, he says, is “currently doing computations of the cost of the project and later present it to the cabinet for approval to allow us proceed with the project”.

No record of Zimbabwe paying for or budgeting for any role in the project is given.

April 2021: With the bridge now completed, Botswana and Zambia, without Zimbabwe, conclude a bilateral agreement on the running of the facility.

May 5, 2021: Mnangagwa, claims “Zimbabwe came on board the project and the bridge is now owned by three countries. His officials provide no evidence of this. His spokesman, George Charamba, says a “short stretch” from Kazungula to Victoria Falls is “about to start”.

Our take: Zimbabwe must focus on home

Zimbabwe’s involvement in Kazungula does not seem to go beyond its role in the One-Stop Border post at the site. There is no evidence, either in the last two budgets or in other disclosures, to show that Zimbabwe paid its way into the project as claimed. None of the communication put out by Botswana on the commissioning of the bridge mentions Zimbabwe as a participant.

Unsurprisingly, the question of whether Zimbabwe is part of the project or not has become political fodder.

Yet, Zimbabwe’s response must be to acknowledge the reality of Kazungula, and focus on what it is already doing to improve its routes.

Less time should be spent on propaganda around Kazungula, than on how Zimbabwe is actually preparing to compete and make the Zimbabwe route more attractive.

The Beitbridge route remains shorter, but that will not be the only factor truckers consider.

There are projects that Zimbabwe is already working on that may give the Zimbabwe route an advantage, if done right.

The US$300 million project to expand Beitbridge has begun and will be completed next year. The project is led by Zim Borders, with JSE-listed Raubex as the main contractor. This is meant to help end the delays that would make the Botswana-Zambia corridor more attractive.

The Beitbridge-Chirundu highway upgrade, being done by five local contractors, is being speeded up with a US$250 million infrastructure bond to be floated by the IDBZ. This will be the first such bond on the ZSE since 2001.

Beyond these two projects, Zimbabwe will need to assess the competitiveness of its toll fees, efficiencies at toll gates, and investing in rest-stops.

Zimbabwe’s government officials are better served spending more time talking about what Zimbabwe is actually doing – Beitbridge border expansion and the road upgrades – as well as works at Chirundu, and any other future plans. Less effort should be wasted on trying to paint Zimbabwe into a project that the country’s previous leaders were clearly opposed to, and whose only benefit is to the extent of regional integration.

Explained: Why milk is in short supply