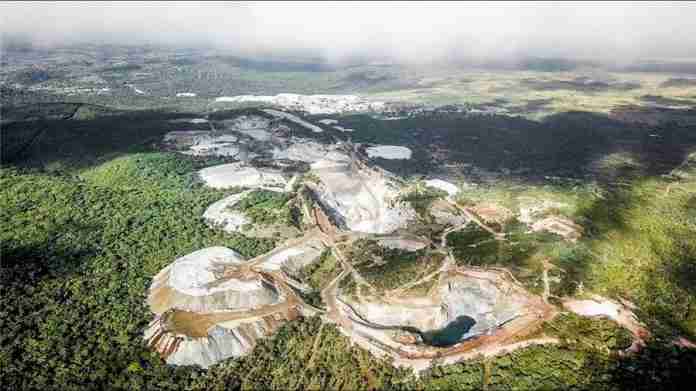 China’s Sinomine Resource Group on Friday launched a US$200 million project to build a plant and expand existing mining operations at its recently acquired Bikita lithium mine in Zimbabwe.

Zimbabwe holds some of the world’s largest deposits of lithium, a key battery mineral, and hopes for an economic boost from a global drive towards clean energy.

President Emmerson Mnangagwa, who officiated at Sinomine’s launch event at Bikita Minerals, said the investment positions the country as a major player in the global battery minerals supply chain.

“The launch of this project follows an investment of about US$200 million by Sinomine Resource Group, which will see the building of a new plant and expansion of existing operations,” Mnangagwa said.

“It is my expectation that the development of lithium mining sector in Zimbabwe will lead to growth of value chain linkages in the manufacturing industry,” said Mnangagwa.

Wang Pingwei, a director of Sinomine, said his company plans to build a new processing plant at the site this year.

“In order to promote resource value, generate tax income and bring employment opportunities for the local communities, Sinomine has decided to invest US$200 million in phase one to renovate the existing facilities, will build a new processing line with a capacity of up to two million metric tonnes per year,” Wang said. “When fully operational, Bikita Minerals will achieve an annual income of approximately US$600 million, over US$15 million in taxes, and create more than 1,000 job opportunities.”

Shenzhen-listed Sinomine acquired Bikita Minerals in a US$180 million transaction in January.

The mine has been in operation since 1950 and predominantly produces petalite, a lithium mineral used in the glass and ceramic industries, but Sinomine now plans to produce spodumene – a key battery mineral.

On May 23, Sinomine announced plans to raise US$450 million in a private placement to fund its lithium plans, including the Zimbabwe project.

Sinomine has also set up a joint venture with the Chengxin Lithium Group’s Zimbabwe unit to drive lithium projects in the country.

Chengxin paid US$76.5 million last November for 51% of a company which owns lithium and rare earth mineral blocks in Zimbabwe.

Another Chinese firm, Zhejiang Huayou Cobalt, recently purchased the Arcadia hard-rock lithium mine just outside Harare from Australia-listed Prospect Resources and other Zimbabwean minorities in a US$422 million deal.

Huayou has announced plans to invest US$300 million on the rapid development of a lithium mine and processing plant at Arcadia.