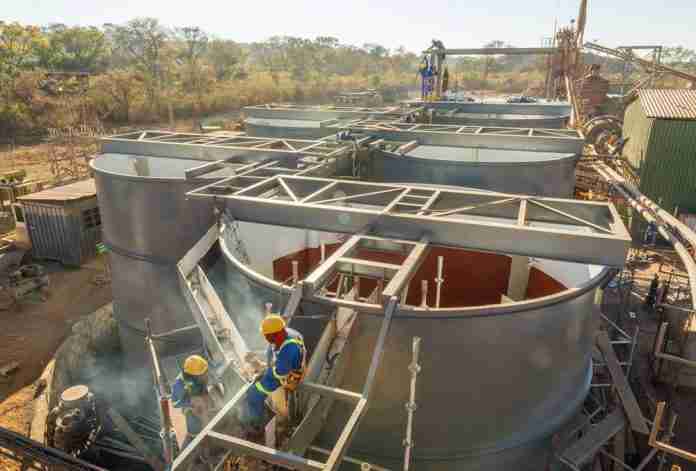 Padenga expects to double gold output in 2022, backed by a US$29 million investment to start underground mining at Pickstone Mine and production from the newly reopened Eureka Mine.

Eureka, which returned to production last year after being shut down for 20 years, poured its first gold in July and achieved commercial production volumes in September. The mine hit its capacity seven weeks earlier than forecast.

“Gold production volume is expected to nearly double in 2022 from the production achieved in 2021. The significant contributor being Eureka Mine, which will contribute production for a full year at nameplate,” Padenga says in its 2021 full-year financials.

Padenga’s results show how its move to gold is paying off. Mining operations now account for 66% of revenue, while the crocodile and alligator business, once the company’s core business, now makes up the rest. In 2020, the mining business made up 57% of Padega’s revenues.

The board of Dallaglio, the company through which Padenga holds gold investments, has approved additional capital expenditure of US$29 million for the year. This will be spent to open underground mining at Pickstone Peerless Mine in Chegutu and on exploration.

The underground operation, on which US$18 million will be used, is expected to start feeding ore with attractive grades to the plant in the second quarter of 2023. Dallaglio will spend US$4 million on the Duchess Hill area in Chegutu, US$2 million on exploration and evaluation of assets and US$7 million on sustaining CAPEX.

On the outlook for gold, which rose at the start of the Ukraine war, the company sees prices remaining firm.

Pickstone Mine returned to profitability in the second half of 2021, recovering from first-half losses caused by flooding at the mine’s high-grade open pits after excessive rainfall.

With Padenga’s US$51m investment, Eureka Mine is close to ending 20 years of idleness