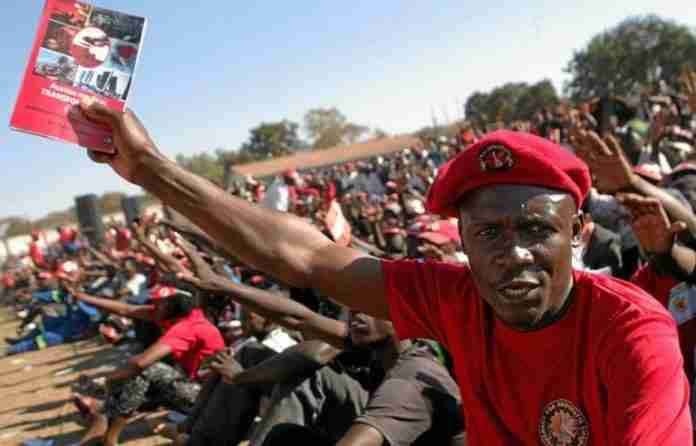 When Zimbabwe’s largest post-independence opposition party the Movement for Democratic Change (MDC) was launched in September 1999, it was as popular as it was organic.

Stemming from the Zimbabwe Congress of Trade Unions (ZCTU), it was a party defined initially by pro-poor and centre-left (social democratic) ideological leanings.  It was however also a multi-stakeholder project beyond the working class as led by ZCTU.

It also involved civil society organisations, such as the then National Constitutional Assembly (NCA), the Association of Women’s Clubs (AWC), the Zimbabwe National Students Union (ZINASU), the Zimbabwe Chapter of the International Socialist Organisation (ISO) and a selected few progressive religious organisations.

The organic aspect of the MDC was that, at inception, it was ideologically social democratic in its internal and external intentions. All largely because it was challenging the hegemonic narrative of free market and economic liberalisation that had led to dire economic circumstances for ordinary Zimbabweans because of the Economic Structural Adjustment Programme (ESAP).

The popular aspect was due to the fact that mass actions such as labour strikes and stay-aways as led by the ZCTU under Gibson Sibanda and Morgan Tsvangirai’s leadership had made an indelible imprint into the public imagination.

A new popular culture of defying ZANU PF was fortified via the 2000 constitutional referendum which delivered a historical ‘no vote’ to the intentions of Robert Mugabe’s government.

The subsequent parliamentary elections of the same year and the presidential plebiscite of 2002 saw the cementing of the MDC as the most formidable challenger to ZANU PF’s hegemony since national independence.

This success and show of political strength by the MDC brought in other stakeholders. Private capital in its domestic and international formats also got involved in the nascent party, and was to eventually water down its leftist narrative to one that, while remaining popular and even populist, was in tandem with a neo-liberal outlook. This was particularly in the midst of the Fast Track Land Reform Programme instigated by ZANU PF.

MDC: the trouble at home

The internal dynamics of the evolution of the MDC are however something that a lot of us tend to overlook, or, in some instances, choose to forget.

As big as it was not only at inception but also over the last two decades, the MDC has had its fair share of internal challenges.  The most prominent and one that started the ball rolling toward an almost permanent state of flux was the initial split of the party in 2005 over senate elections.

By the time the controversial and disputed 2008 harmonised elections were held, there were two MDCs on the ballot paper. One was led by Tsvangirai and the other by his former secretary-general Welshman Ncube and Arthur Mutambara.

Both versions of the MDC would go on to be part of the SADC-mediated Global Political Agreement and the unity government that lasted until 2013.

In the immediate aftermath of the 2013 harmonised elections, the mainstream MDC as led by Tsvangirai split again, resulting in the formation of what came to be known as the Peoples Democratic Party (PDP) led by former secretary-general Tendai Biti.

The PDP itself was also to subsequently split when Biti and his secretary-general Elton Mangoma disagreed, with the latter going on to form what came to be known as the Renewal Democrats of Zimbabwe.

When Tsvangirai passed on, again his MDC was to split into at least two factions. One was to be led by his then recently appointed vice president Nelson Chamisa, and the other elected Thokozani Khuphe. The two went on to contest the 2018 elections separately, with the former ironically leading an alliance of two splinter groups of the MDC and a few other opposition parties.

I have deliberately given a cursory overview of the history and splits within the MDC to demonstrate at least two things.

The first is that these splits were fundamentally about clashes of egos and assumptions of either popular/populist or academic individual superiority.

The disputes included undeclared desires for recognition as being individuals who are most able to challenge ZANU PF hegemony by neoliberal/private capital global players with vested economic interests in Zimbabwe.

This in itself has been a key departure from the original founding values of their own party.

In the second instance, I wanted to illustrate that the passage of time (inclusive of age) does not also mean the passage of ideology, values, intra-party democracy, or at least specific democratic principles.

Opportunism is allowed in politics, without a doubt. But it must result in progress, as opposed to disintegration of purpose, organisation and belief in progress. This is even in cases where comrades find themselves in inclusive governments or in alliances with their former rival’s factions.

There is always a need to stay the course.

Interbank market: Who is allowed to go front of the forex queue?

The body count is rising in the mines, but Govt is only counting the...