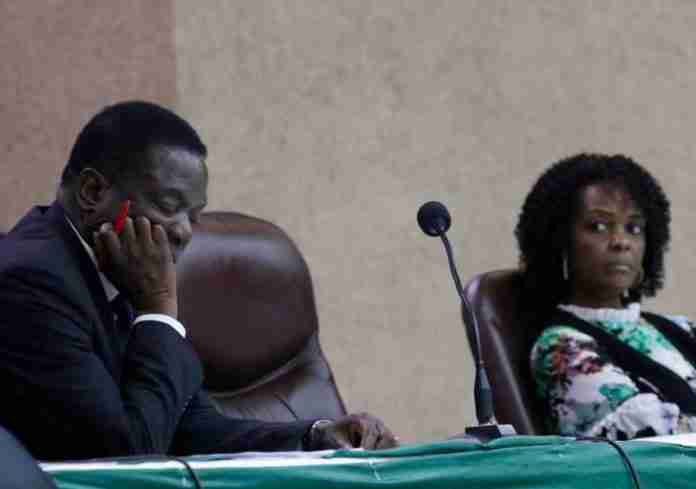 If the goal of political parties is to bring forth the best policies and ideas, then it is only fitting that those ideas and policies be honed through internal debate, writes our columnist Mike Murenzvi.

This is commentary in response to the essay, “Factions may not always be a bad thing: A contemporary history of internal party disagreement in Zimbabwe” by Tatenda Mashanda, published by newZWire.

Mashanda’s essay lays the foundation for a largely avoided issue within the Zimbabwean political space in the context of the democratic system. The history lesson shows us what has happened to those who would dare to challenge incumbent political party leaders, whether in the ruling party or the opposition.

I seek to expand on this in support of factions.

The Zimbabwean political space is one of a perpetual state of war where the orders of the general cannot be challenged for fear of sowing seeds of dissent among the rank and file. Mutiny cannot be accepted. The general is the supreme leader of the fight, and their rank cannot be assumed by anyone else, short of their resignation or death.

Mutineers, those who would seek to challenge the leader, must either win the fight and depose the incumbent, or leave the party and form their own. Luckily, execution is no longer a viable option of settling such disputes.

Modern mutineers in ZANU-PF include, Edgar Tekere, Joice Mujuru, and (for a short time) Emmerson Mnangagwa – he later came back with a show of force to depose long-time leader, Robert Mugabe. At the point of perceived mutiny, the member’s history within the struggle and beyond often changes narrative to give credence to their excommunication as the phrase, “sowing division”, is often used.

I posit that this is where “our” democracy started to fail us.

The Liberation War ended in 1980, and while the political parties that led the struggle for independence are still in power through ZANU PF, they themselves have not evolved out of the war. It is ingrained in their language that constantly references war terminology across all facets. It is ingrained in their conduct, where those without “war credentials” cannot be true leaders.

It is one’s rank at the end of the war that determines their ultimate rank within the party,

We have seen those with an upward trajectory within the ruling party being labelled “mafikilozo” (Johnnie-come-lately) in reference to their absence from the war effort and therefore lacking in certain ideological makeup. T

These members, no matter what position they occupy, are expected to fall into line when the credentialed members speak of protection of the party’s ideology.

The opposition movement has not been spared of similar cases of mutiny.

No vacancy at the top

Almost every major Zimbabwean political party’s elective meeting in recent history has happened with a common theme that there is no vacancy for the party leader position, even though the party constitutions allow nominations and challenges to all elected positions on a termly basis.

Why is this so?

There appears to be a widely held belief that if the incumbent is challenged, it will create multiple centres of power and allegiance within the party and from this, the centre will not hold. At the same time, party leaders tend to appoint their leading contenders as vice presidents, thus immediately quashing any meaningful form of challenge because it would appear ungrateful, divisive, above all, mutinous.

This structure has little allowance for public divergent views by appointed officials for fear of being cast out of leadership and possibly into the political wilderness.

Are factions only personality based?

Political factions aren’t simply based on allegiance to personalities but, in many cases, are based on policy and ideological positions. Examples of these can, sometimes, be styled as traditionalists, reformers, hardliners, radicals, and others.

These descriptive stylings don’t necessarily mean there is a clear faction leader, but a common vision or purpose of those party members who subscribe to certain values or ideals. Members who agree with a particular faction position on an issue may not necessarily agree to all positions by that faction. The key is to forward and champion ideas and policies that keep the party moving forward and ultimately improve.

In many cases, however, factions do have clear leaders. These are senior members who espouse that ideals and position of the faction and may sometimes publicly disagree with the party leadership on key issues. This is not in itself a bad thing, unless it causes a significant rift and ultimately, a compromise must be found for the good of the party.

Party positions in certain matters may be championed by the party leader, but they also require buy-in from the rest of the leadership. This often leads to compromise to secure the necessary wider support of the party to achieve as much of the vision as possible. As they say, iron sharpens iron, but often it’s a game of numbers.

Freedom and power to challenge

If the goal of political parties is to bring forth the best policies and ideas, then it is only fitting that those ideas and policies be honed through an internal crucible. The fire under the crucible is stoked not by group think, but by divergent views openly expressed and challenged to the extent that they are either adopted, discarded, or altered accordingly.

In the same vein, leadership positions must undergo the same trial by fire. Where a person is no longer deemed to be the best person for the job, others must be allowed to openly challenge as alternatives and thus ensure continuity.

It is precisely this freedom to challenge that is the cornerstone of democracy, a popularity contest based on the strength of a contender’s ideas and policies. This may be an idealistic view, it remains the core principle on which the system rises or falls, and a skilful challenger must convince as many people as possible that they are the best person for the job.

So let factions flourish as they keep power in check, both internally and externally.

Mike Murenzvi writes in his personal capacity and his views are not associated with any organisation he is, or may be, affiliated with.

Top US diplomat on Zim investment: We like your talk, now let’s see your...