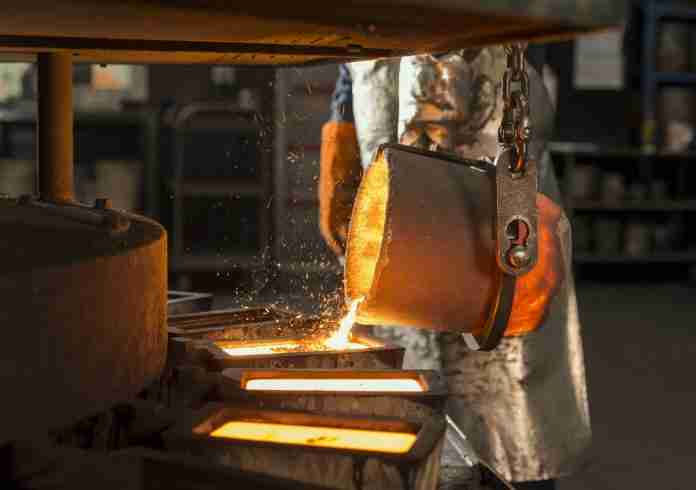 Gold deliveries in 2020 fell 31% to reach 19.1 tonnes, the lowest haul in six years and well below the year’s targets, official data shows.

Deliveries fell from 27.7 tonnes in 2020, according to Fidelity Printers and Refiners, Zimbabwe’s sole buyer and refiner. This is the lowest amount of gold sold to Fidelity since 2014, when 15.3 tonnes were delivered. It is also well off government’s target of 28 tonnes for 2020.

In May last year, Fidelity reported that it was failing to ship in enough cash to pay small scale miners for their gold, due to disruptions to air travel brought by COVID-19.

Through 2020, small gold producers were paid US$45 per gramme of gold, lower than what private buyers are offering. This encouraged producers to bypass Fidelity and smuggle gold to better paying buyers abroad.

Larger mines also faced delays. RioZim said in June that it was owed US$2.46 million and Z$65 million in gold payments, saying this was hurting production across its three gold operations. The Chamber of Mines reported payment delays of up to eight weeks, which it said had disrupted production and affected output by as much as a quarter.

“This has resulted in working capital shortages and production disruptions, weighing down potential gold output to as much as 25%. Gold producers are appealing for a payment turnaround of not more than a week as per agreed payment framework with RBZ,” said the Chamber.

Earlier last March, the Chamber had already warned that, due to COVID-19, mineral output for 2020 would fall by as much as 60%.

The collapse in Zimbabwe’s gold deliveries means that, yet again, Zimbabwe missed out on the gold price rally that ran strong for much of 2020.

Investors seeking a safe haven piled into gold as the COVID-19 crisis deepened last year. This drove gold prices from US$1,500 an ounce in January to an all-time high of US$2,072 in August. Some forecasters then even projected prices of US$3,000.

However, prices have since eased to US$1,800 due to optimism over vaccines and projections that the world economy would recover faster than initially feared.